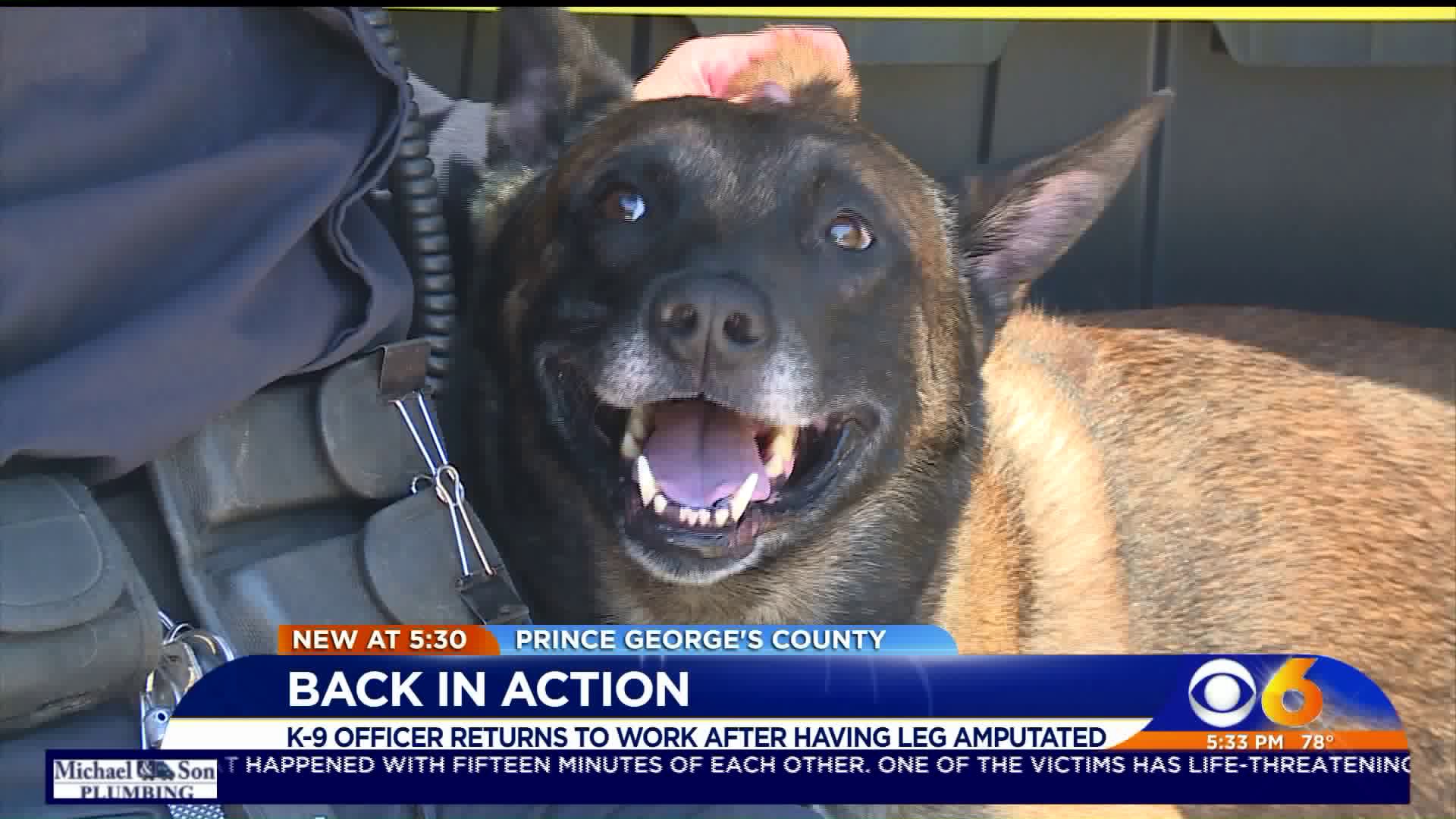 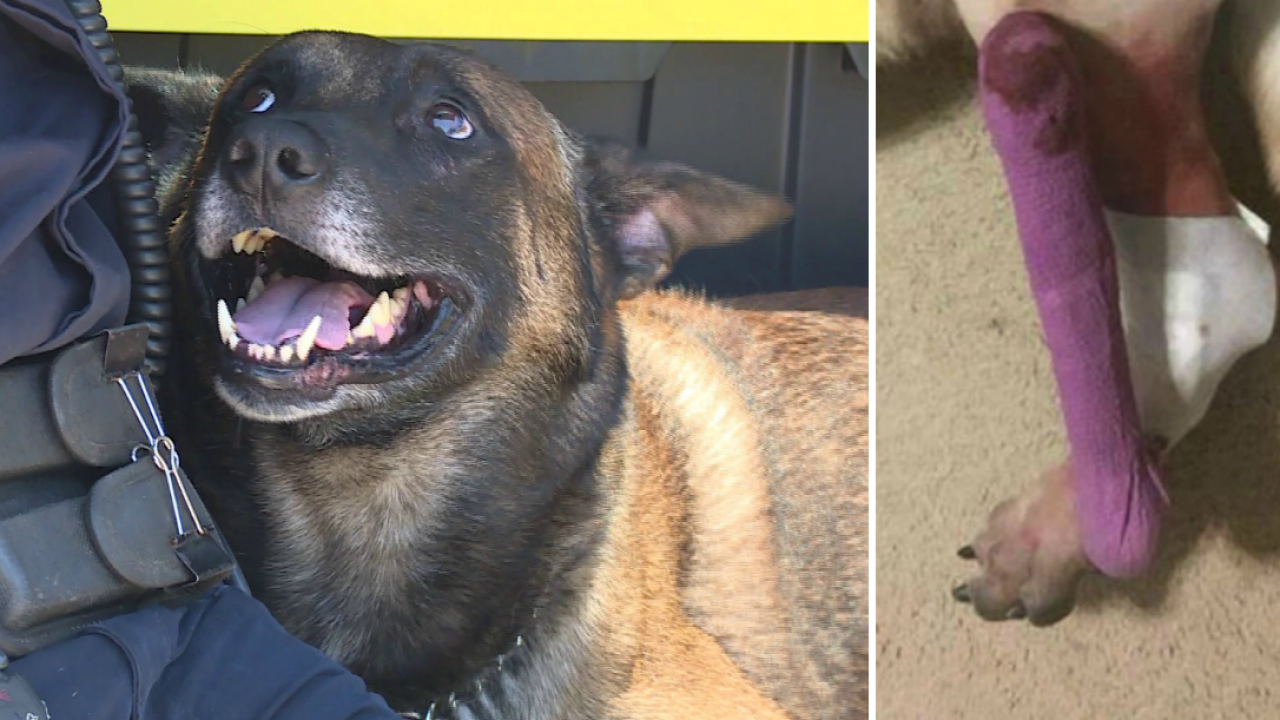 PRINCE GEORGE COUNTY, Va. -- A member of the Prince George County police department is finally back on patrol after he was off the job for months due to an injury.

Chace, the dual-purpose police dog, is certified in both patrol work and narcotics detection.

Sworn-in in December 2016 as a member of Prince George County Police Department, Chace lived up to his training by finding illegal drugs, and in November 2017,  he helped subdue an armed man inside a pickup truck.

But during a training exercise in 2018, Chace broke a leg.

"Didn't know how bad it was, did some surgeries, tried to correct the problem and it was determined that it, for his benefit, to remove the leg, amputate the leg, so that he could continue to work for Prince George County Police," said Officer Randy Dalton, K 9 Handler Prince George Co. Police

And just last month, Chace was back to work.

"He doesn't act like he has 3 legs, he still works as hard, still works the same as he did when he had 4 legs," Dalton said. "People are excited to see and glad to see that a dog with a minor handicap can still go out and do the job."

In fact, Chace is good for at least another three to four years, and his handlers couldn't be more proud.

I think it's great that I have a 3 legged dog that can do the work of a 4 legged dog. I know his ability, I know his drives and I know his desire to do the job," Dalton said.

Because of the loss of his leg, the police department is transitioning Chace to be just a narcotics dog, having him give up on tracking.

But his colleagues say that if called upon, there's no do doubt Chace could do the job.