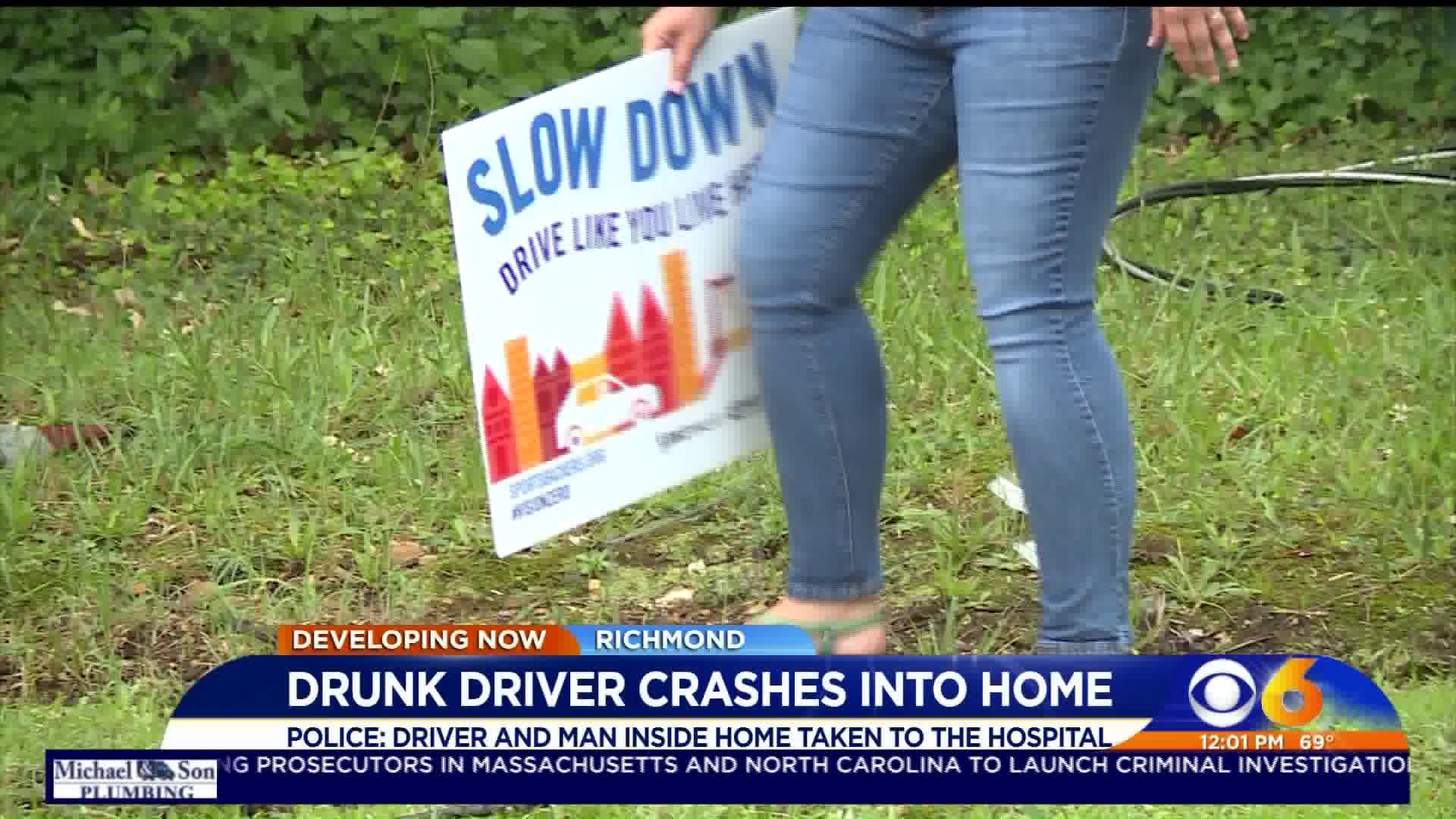 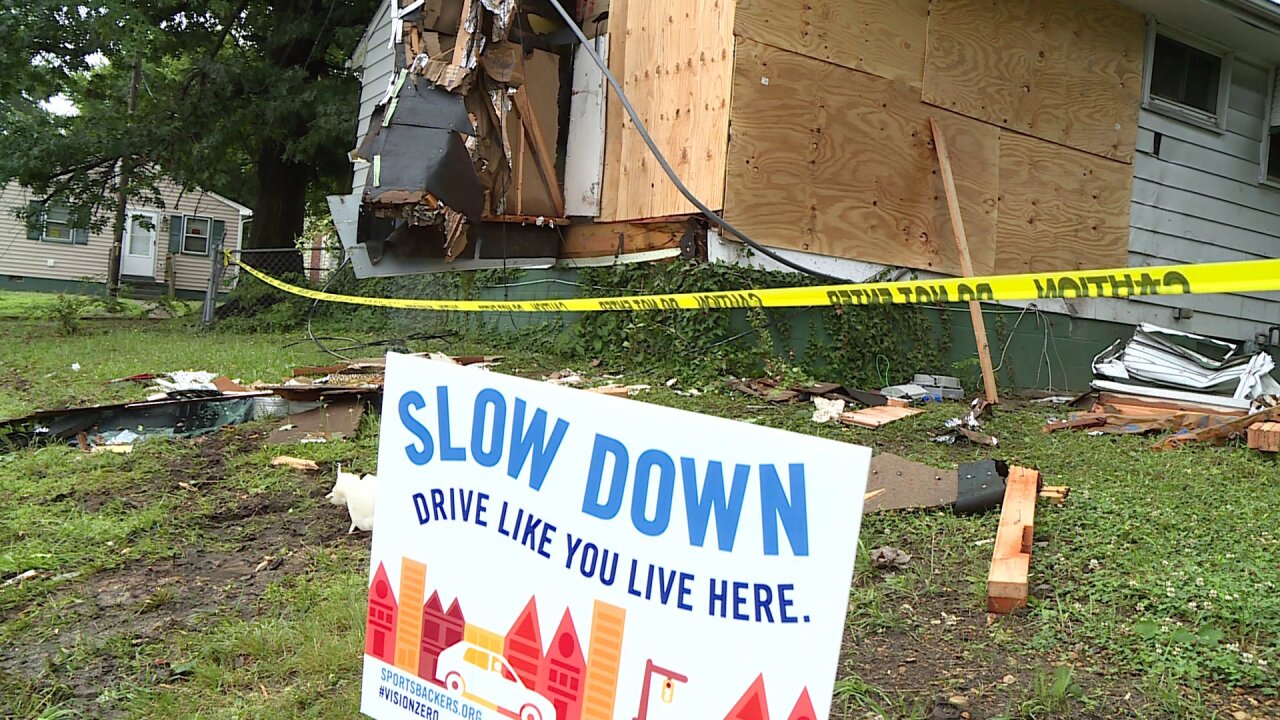 RICHMOND, Va. -- Two men were injured after a suspected drunk driver rammed into a home on Bainbridge Street Wednesday night.

Richmond Police said officers were called to the scene around 11:25 p.m. for reports of a vehicle striking a structure.

They determined that a car had gone off the road and slammed into a home - severely damaging both the car and home.

Police said the driver of the car, Henock Snook, 29, of the 400 block of Bainbridge Street, and a man inside the home were taken to the hospital to be treated for non-life threatening injuries. A woman who was also inside the home at the time of the crash was not injured.

Snook was charged with DUI.

Portia Turner lives a few houses down, and learned of the news Thursday morning, and was in disbelief.

“I’m just shocked. I'm shocked. I am so shocked,” she said.”We just wave. You know, we’re neighbors like that. If I need anything he would be right here.”

Thursday morning, a letter from other neighbors could be spotted outside the damaged home offering their support.

"Please come knock on the door if there’s anything we can do to help," the letter read.

“All the neighbors. We are here for them,” she said.

In the meantime, other neighbors worked to prevent more accidents by putting ‘slow’ signs in the yard.

Turner and other neighbors said there have been several accidents in the area.

“Every time he put up a fence, the next time I look it’s gone,” said Turner. “They drive so fast. It’s just ridiculous how fast they come around that curve.”

Turner said she hopes the city does something to make people slow down. Other neighbors pointed out other dangers they think is contributing to the problem — like a faded yellow line in the road and missing sidewalk.

“It’s a problem. I think it’s a problem,” said Turner. “And I’m just so worried that someone’s going to be coming up this street and be hit like that."