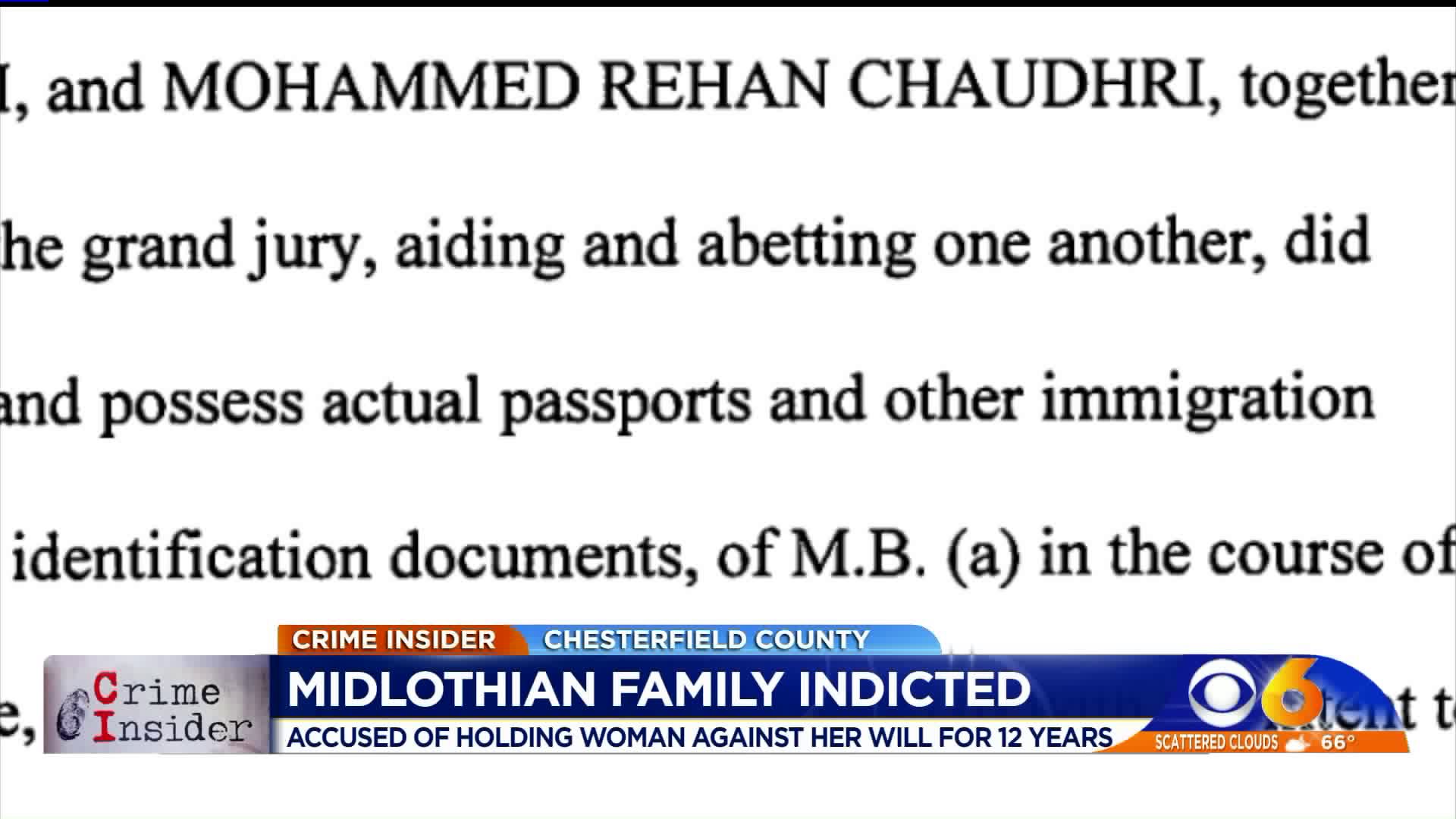 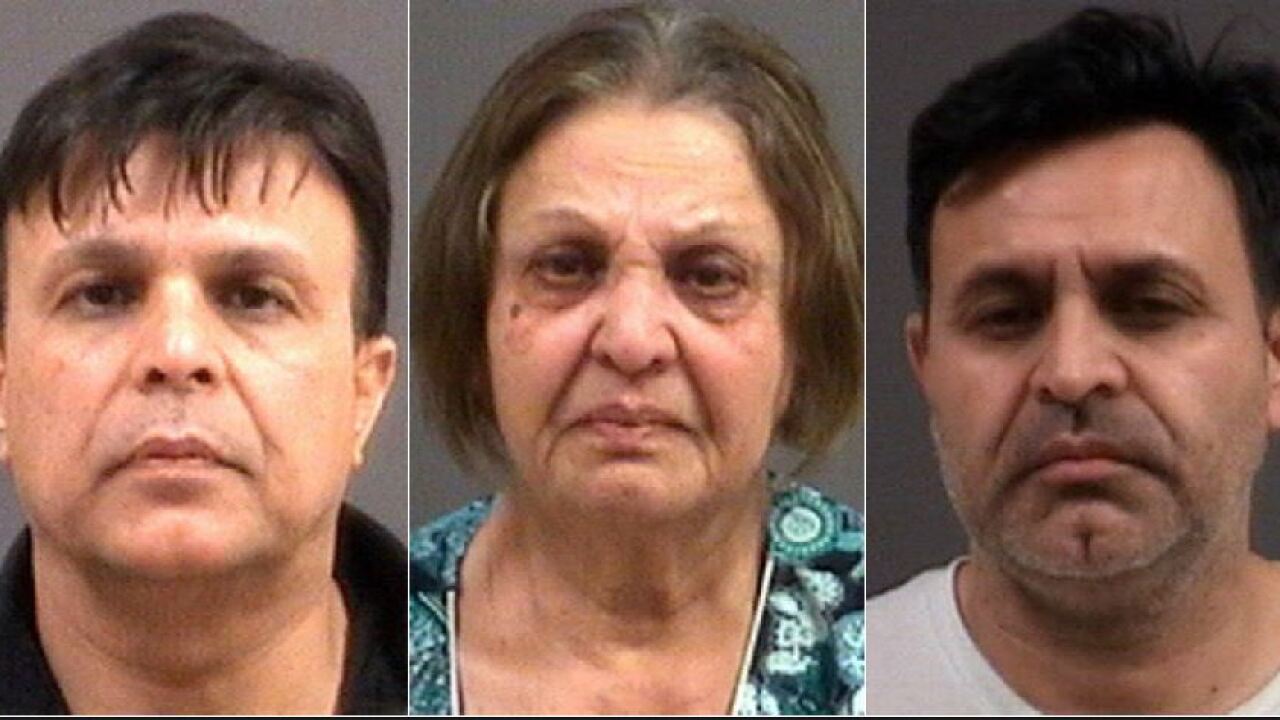 CHESTERFIELD COUNTY, Va. -- Over a 12 year period, three Chesterfield County residents allegedly forced a woman to clean, paint, and care for their home while subjecting her to numerous forms of abuse and confiscating her immigration documents, according to an indictment unsealed last week in federal court.

Zahida Aman, 77, Mohammed Naumann Chaudhri, 51, and Mohammed Rehan Chaudhri, 45, all of Midlothian, Virginia, are all charged with conspiracy, forced labor, and document servitude.

All three have a criminal history in the Chesterfield court system and neighbors say they've seen county police at the home several times.

Between March 2002 and August 2014, the defendants forced the victim, who had been married to Aman’s son, to provide labor and services at their Midlothian home, including cleaning the house, painting the house, and mowing the lawn, according to allegations outlined in the indictment.

The indictment further alleges that the family subjected her to physical, psychological, and verbal abuse, withheld her food, restricted her communications with family and neighbors, confiscated her immigration and identification documents, limited her access to her own children, and threatened to separate her from her children, among other coercive means.

"We've experienced them for fifteen years and they are a normal family,” said Thomas Wyatt, who lives across the street. He says he's been to several gatherings at the home and never once saw any of what is described in the federal indictment.

"I hope our government sees fit to get to the bottom of it,” Wyatt said.  “Like I said, I don't live in the house, but I did not see the charges being anywhere near true and I hope these poor people get their name and pride back."

If convicted of forced labor, the defendants face sentences of up to 20 years in prison, as well as mandatory restitution.