BEDFORD, Va. -- The beauty of Bedford, Virginia, is breathtaking in its natural splendor, but unseen is a lingering sadness.

“I remember the day we got the message,” Cottrell said.  “I knew something was wrong when this man delivered a letter."

The letter was a piece of paper that ravaged her family.

Marguerite Cottrell holds a portrait of her brother, Jack, one of the Bedford Boys who died in the D-Day invasion on June 6, 1944.

“Before he left, he came over and picked me up and said, ‘I want you to be a good little girl till I came home.’ That made my day,” Cottrell said.

The 22-year-old soldier was part of Company A of the 116th Infantry Regiment.

“He looked big and handsome to me,” Cottrell remembered. “I guess that was the first person I'd ever seen in uniform was my brother.”

The 116th was a highly-trained unit whose ranks were filled with young farm boys.

However, the soldiers would spearhead the invasion of Normandy on June 6, 1944. And in a matter of minutes Company A melted under withering fire from German defenders on Omaha Beach.

Uncertainty and fear gripped the town. Five weeks later, a wave of pain from 4,000 miles away washed across Bedford.

Nineteen Bedford Boys from Company A were dead or missing and another Bedford man in a different unit was also killed. It was the largest per-capita loss for one town in America. 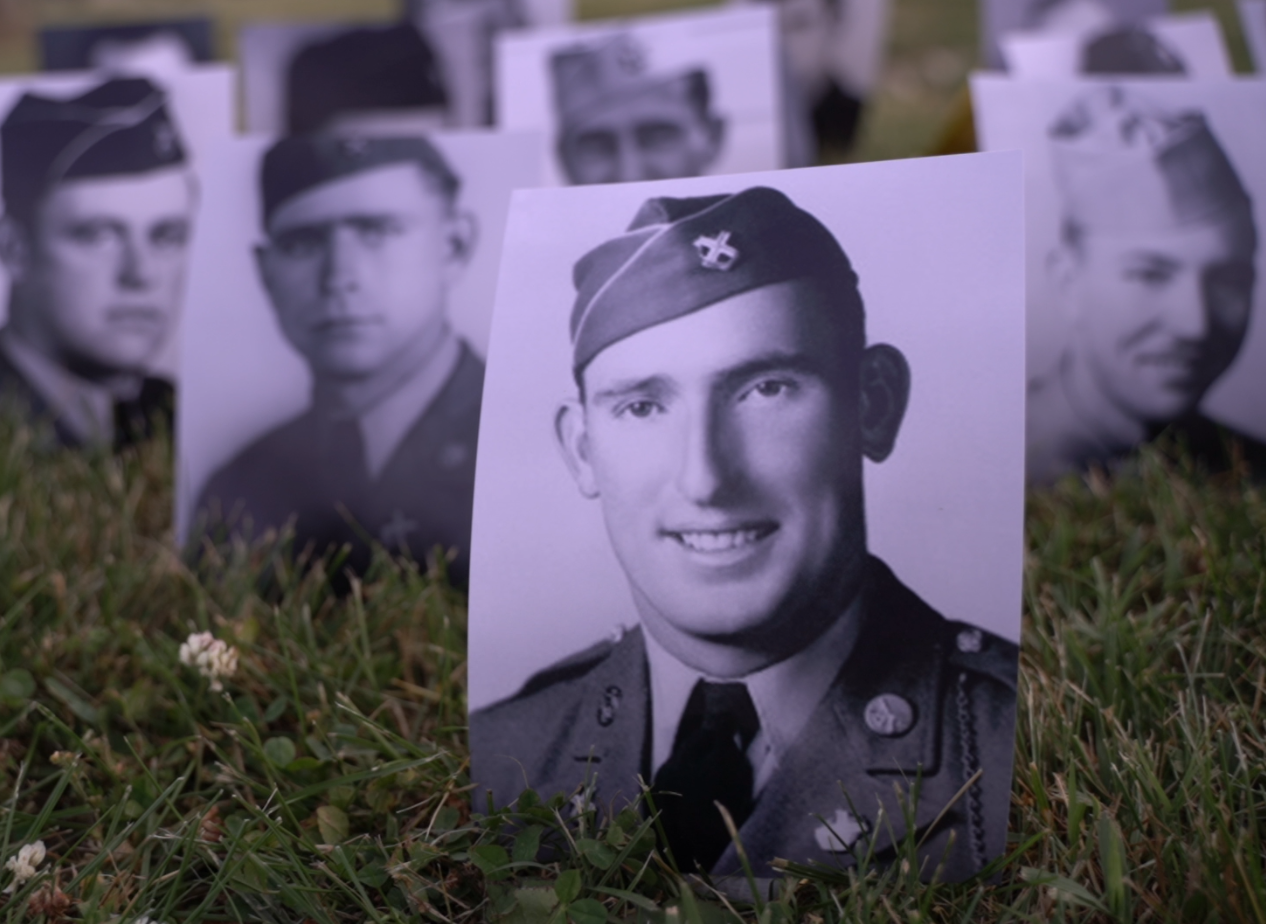 Historian and author Jim Morrison said Bedford was ill-prepared for the sudden shock and loss.

“That was the worst of all of the beaches. The people didn’t find out about it right away,” Morrison said. “The impact of D-Day on such a small community with a National Guard unit and having 20 people killed is really poignant."

At the Reynolds home, Marguerite’s mother fell into a state of depression. Never fully recovering from losing her second son.

“My mother till her dying day never quit talking about Jack,” Cottrell said.  “She just felt like a part of her died when Jack died. That took a toll on her.”

“She said, ‘I’m not leaving my boy over there.' She said, 'France may take my boy away from me, but France is not keeping him,’” Cottrell said.

Three years after the war’s end, Mrs. Reynold’s would get her wish. Her son’s remains were returned to Virginia from France in 1947.

“I would love to see my brother. The brother that I didn’t grow up with,” Cottrell said.

Cottrell holds on tight to her big brother’s personal effects.

“All of this belonged to my mother,” Cottrell said. “He was everything to us. Still is today.”

From postcards to his blood-stained bible.

“I think he had it in his pocket. His shirt pocket or something,” Cottrell speculated.

Seventy-five years after D-Day, the relics compliment fading memories of the brother she barely knew.

“I was with my mother when she passed away and I sure did hate to lose her. But the one bright thing was thinking, 'Well, now maybe she has seen her boy that she has grieved all of these years for...'”