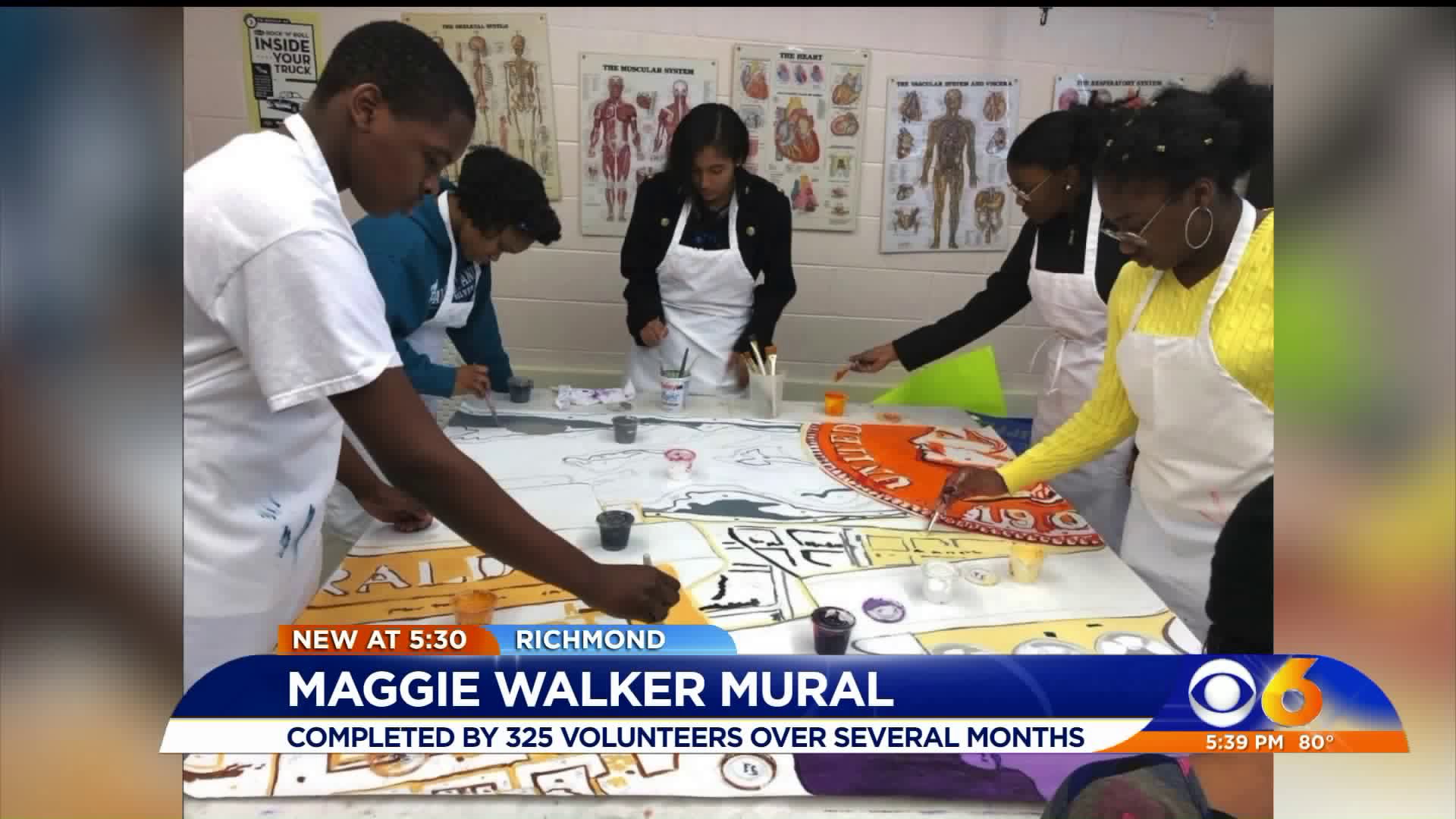 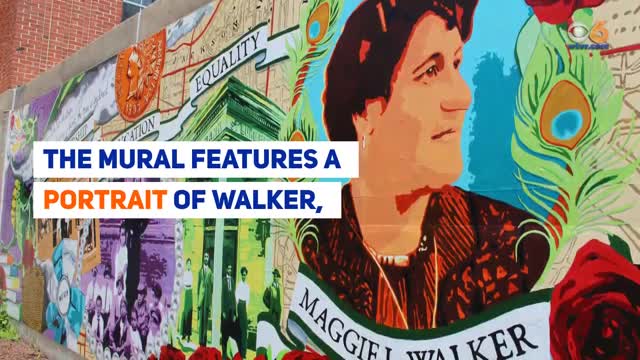 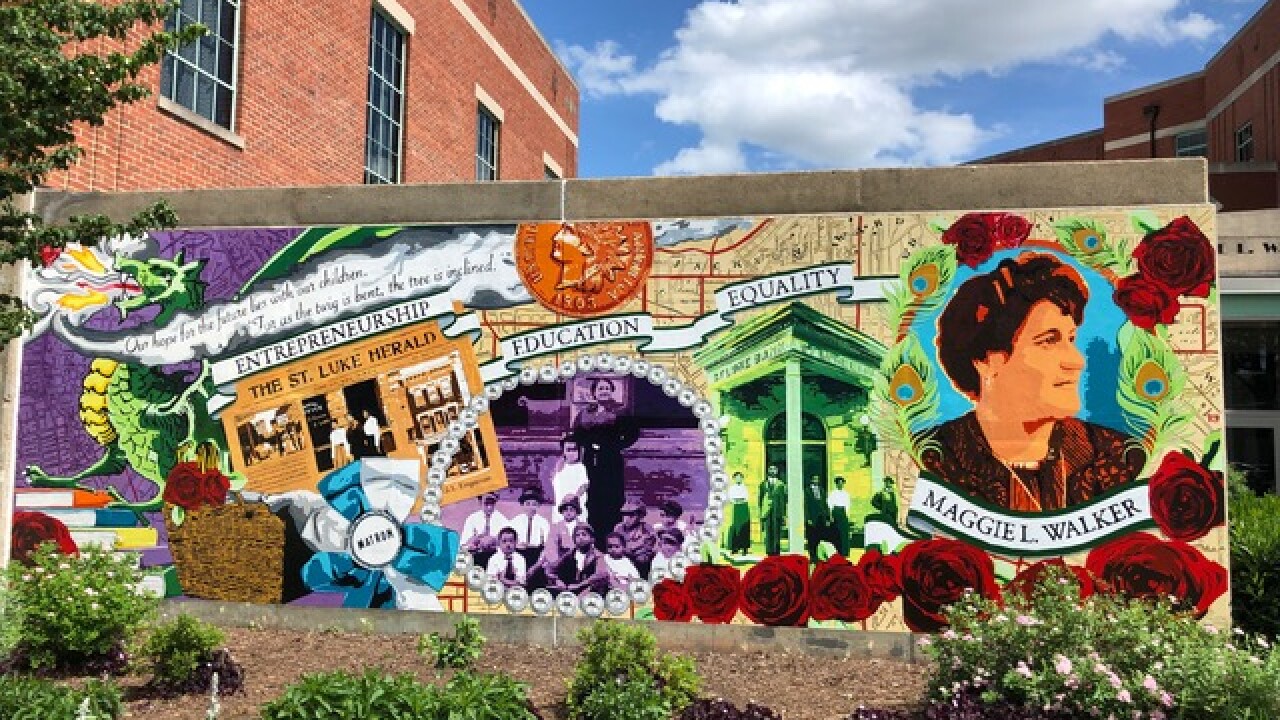 The collaboration began in September 2018 when more than 125 people took part in an online survey about what should be included in the mural.

Colleen Hall working with current students on the research and design ideas. 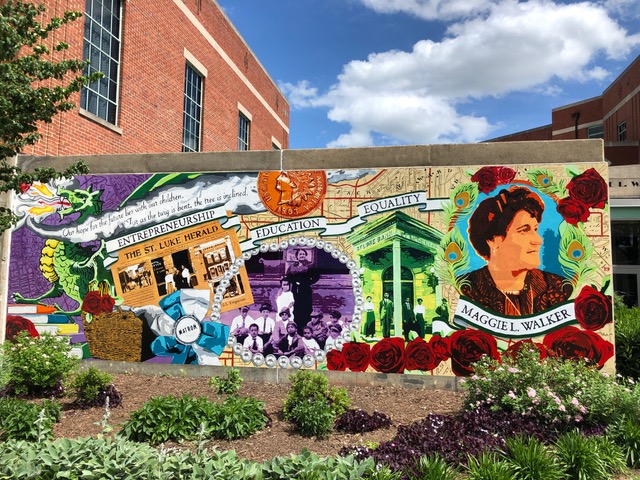 “She used to have these cut red roses outside her home. She became a very wealthy woman and had this great flair for style. That’s where the peacock feathers and pearls come in because she was very, very elegant.”