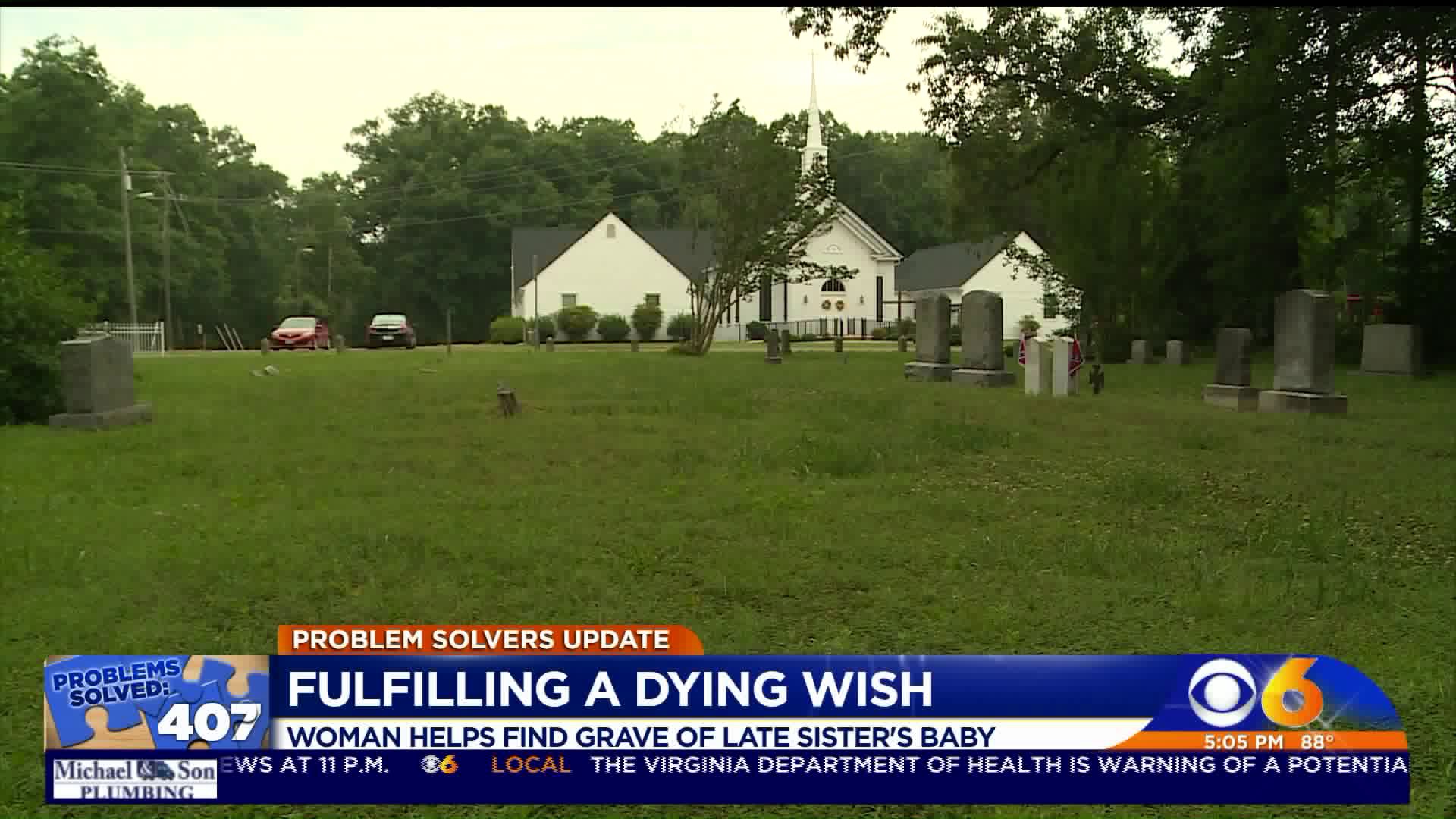 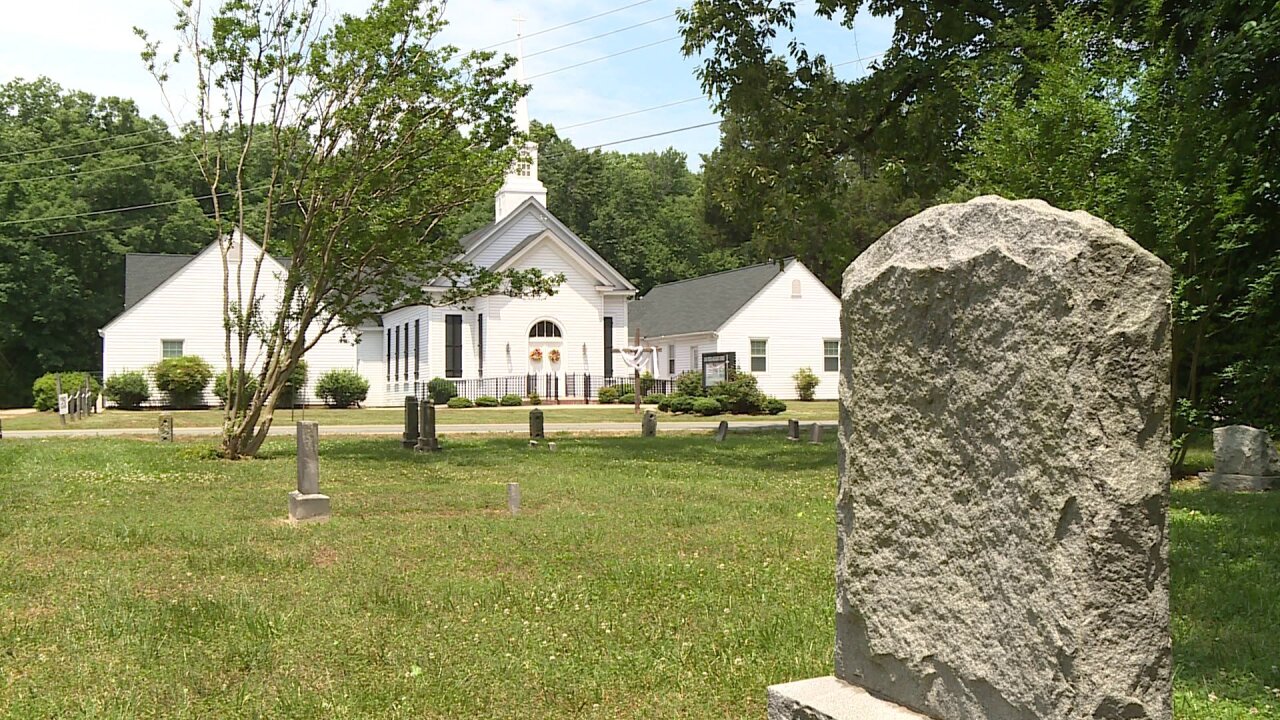 Ten of 15 minutes was about all the time it took for Daniel Woodfin with Bliley's to scour a part of the at cemetery at Enon United Methodist Church in Mechanicsville.

"What we did was probe within this general area, found two additional graves," Woodfin said. "When we found this area, we found what is for sure that size vault."

Woodfin followed Brenda Courtney’s lead on where she believed her six-month-old infant nephew, Kenneth Hott, was buried after he died in 1963.

Brenda and her sister,  Betty, searched repeatedly, but had no luck finding it before she died 8 years ago.

"I want him to know we love him and will never forget him," Courtney said.

Woodfin noted that family and church cemeteries are private, and unlike perpetual care cemeteries, are not required to keep burial records. However, Enon United Methodist Church did.

“Dee, the record keeper, did all she could to find the records and then the pastor found the death certificate and passed it on to me,” Courtney said. “Probably wouldn't be where we are if she hadn't done that.”

Woodfin thinks he knows what led to the confusion.

“In this particular case, most likely the baby's grave was donated by someone or was done through a handshake,” Woodfin said.  “It's 56 years ago, things were done a lot differently back then.”

After just minutes of searching, the discovery was a relief for Courtney, who has fulfilled her sister's dying wish as the boy's grave now has a shiny new marker.

“I’m just so happy. Daniel made my day. He's done an awesome job!” Courtney said. “I promised her I was going to do this and I did! My heart is full.”

Additionally, Courtney said she has taken pictures and documented the site for her own personal records and will make sure that the marker installed by Bliley`s Thursday morning will stay there until her family puts up a permanent one.