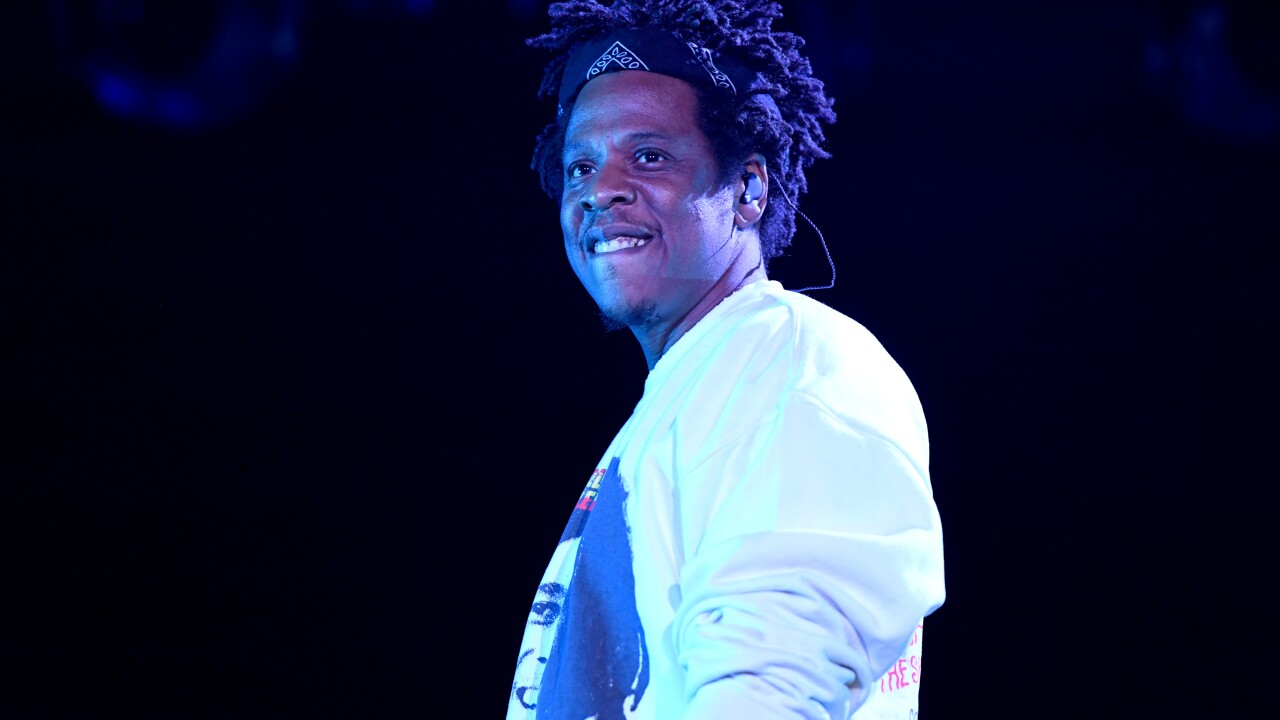 VIRGINIA BEACH, VIRGINIA – APRIL 27: Jay-Z performs onstage at SOMETHING IN THE WATER – Day 2 on April 27, 2019 in Virginia Beach City. (Photo by Craig Barritt/Getty Images for Something in the Water)

VIRGINIA BEACH, VIRGINIA – APRIL 27: Jay-Z performs onstage at SOMETHING IN THE WATER – Day 2 on April 27, 2019 in Virginia Beach City. (Photo by Craig Barritt/Getty Images for Something in the Water)

Jay-Z once rapped “I’m not a businessman, I’m a business, man.” Turns out he was right.

All that has helped him to become the first billionaire rapper, according to Forbes.

“Less than a decade later, it’s clear that Jay-Z has accumulated a fortune that conservatively totals $1 billion, making him one of only a handful of entertainers to become a billionaire—and the first hip-hop artist to do so,” Forbes’ Zack O’Malley Greenburg writes.

The media company ticked through the various businesses that Jay-Z, whose real name is Shawn Carter, either owns or has a stake in, including:

And being married to uber-superstar Beyonce, worth an estimated $355 million herself, doesn’t hurt.

Jay-Z, who grew up in a Brooklyn housing project, rose to fame in 1996 with his debut album “Reasonable Doubt.” His sixth album, 2001’s “The Blueprint,” was added to the Library of Congress’ National Recording Registry — reserved for albums that are “culturally, historically, or aesthetically significant” — earlier this year.

He’s also been more involved in political advocacy, campaigning for Hillary Clinton in 2016 and launching a prison reform organization with fellow rapper Meek Mill this year.

Back in 2014, music mogul Dr. Dre claimed he was hip-hop’s first billionaire after he sold Beats Music, the high-end headphones and streaming music service, to Apple. But it’s estimated that while that blockbuster deal pushed Dre’s net worth to about $1.1 billion, state and local taxes ultimately nudged it to just below the $1 billion-dollar mark.