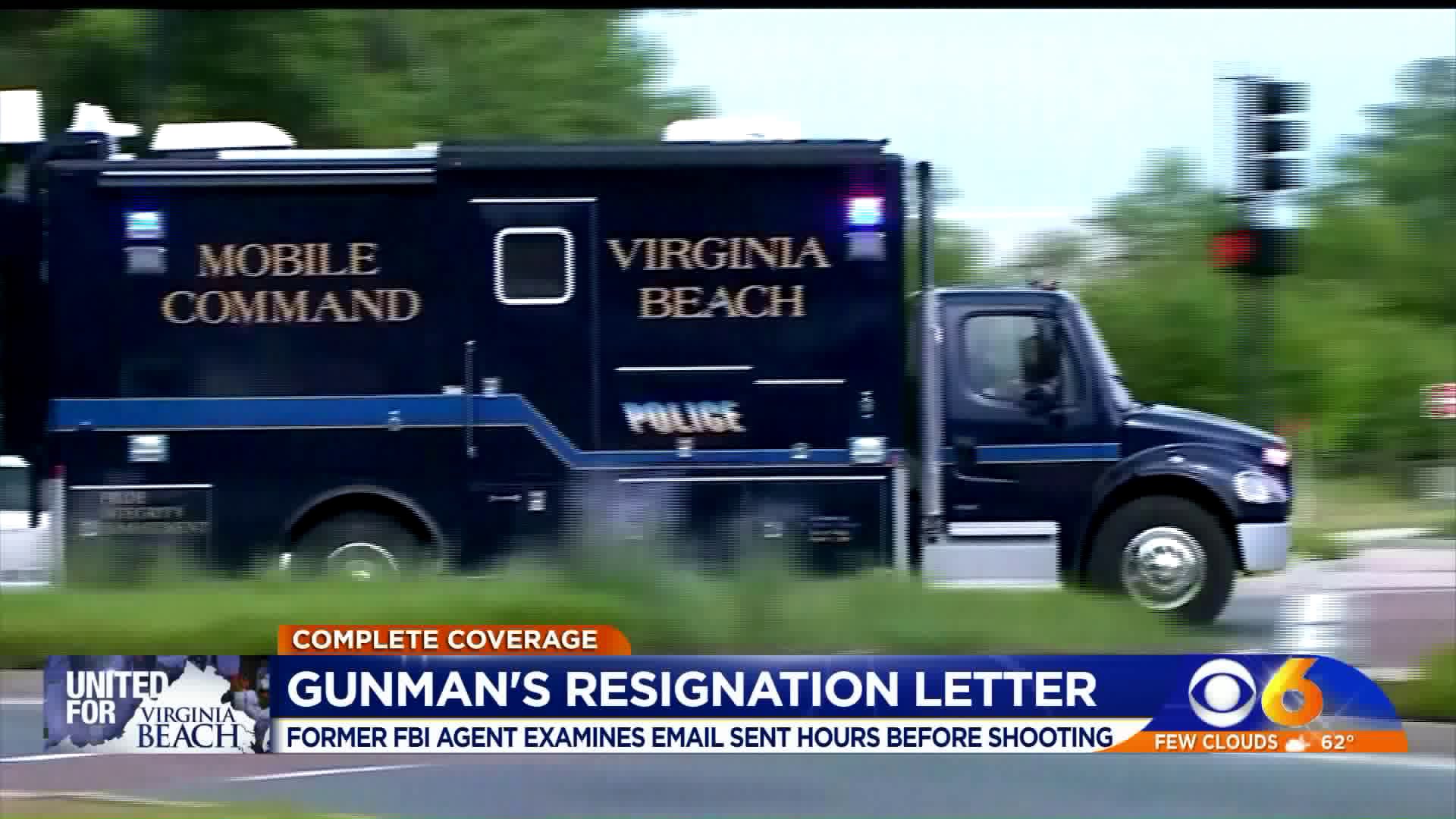 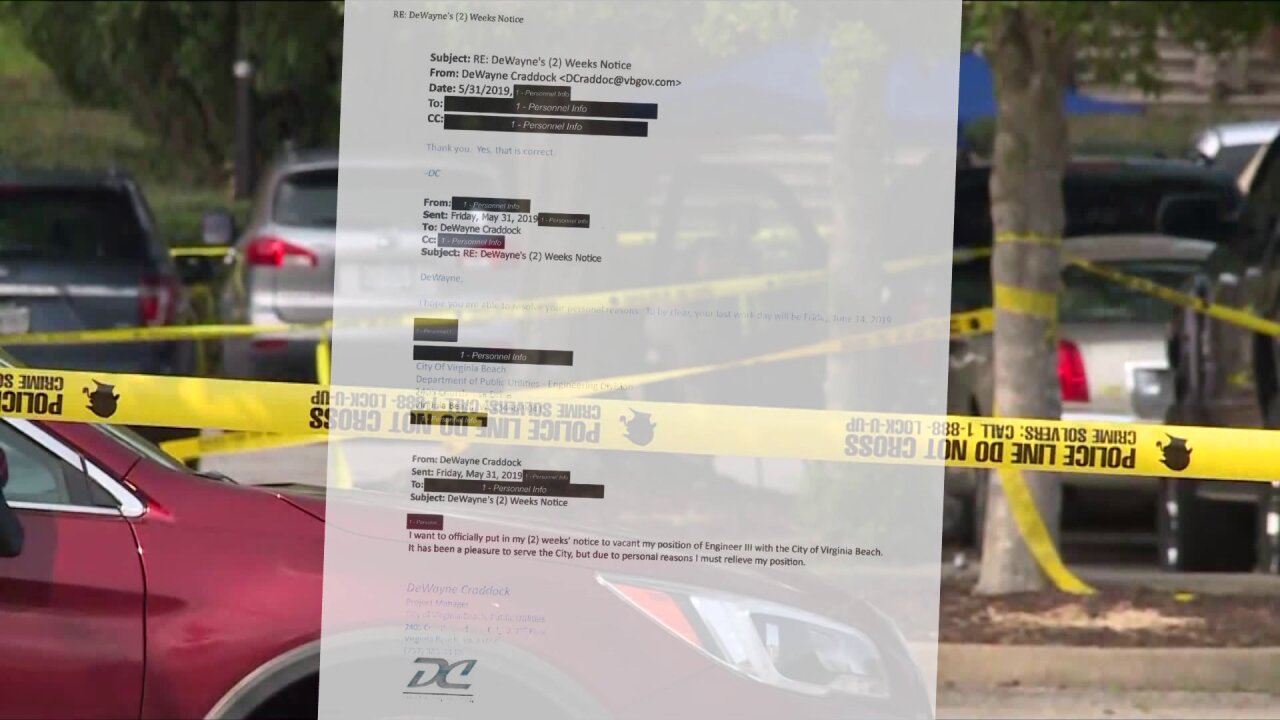 Craddock had put in his "two weeks notice" via email Friday morning, according to Virginia Beach City Manager Dave Hansen.

"I want to officially put in my two (2) weeks' notice to vacant (sic) my position of Engineer III with the City of Virginia Beach. It has been a pleasure to serve the City, but due to personal reasons I must relieve my position," Craddock wrote.

In response, a supervisor wrote: "I hope you are able to resolve your personal reasons."

Craddock walked into the city building Friday afternoon and opened fire, police said. At least 12 people were killed and four were injured in the shooting.

He died after a lengthy shootout with authorities.

The shooter worked for Virginia Beach as an engineer for 15 years, according to officials.

McCrary worked for the Bureau's behavioral science unit where he studied the underlying pathology of serial killers and mass murders,

"Unfortunately nothing stands out as being ominous or a warning sign," McCrary stated. "[The shooter] talks about how it was a pleasure to work for the city and he was resigning for personal reasons. That’s why people resign almost all the time."

"Of course, the devil could be in the details. Do we know what he means by personal reasons? Does anyone have any understanding?" he added.

McCrary said the FBI is currently conducting a thorough investigation into a possible motive.

"It’ll be the people closest to this individual who will have some sort of sense that something was going on," McCrary explained. "[Shooters] often don’t communicate that because they don’t trust anyone or they trust just a few people around them. Those will be the people if anyone that might have any insight into what may have been disturbing this guy."

McCrary now works with a threat assessment group to help managers and employees identify potential threats and intervene before anything occurs. He has worked with and trained approximately 200 of the Fortune 500 companies.

However, McCrary believed the shooter's coworkers were blindsided just based on his resignation letter.

"Anyone looking at this prior to this event would have no way predicting something this horrible would be imminent," he said.