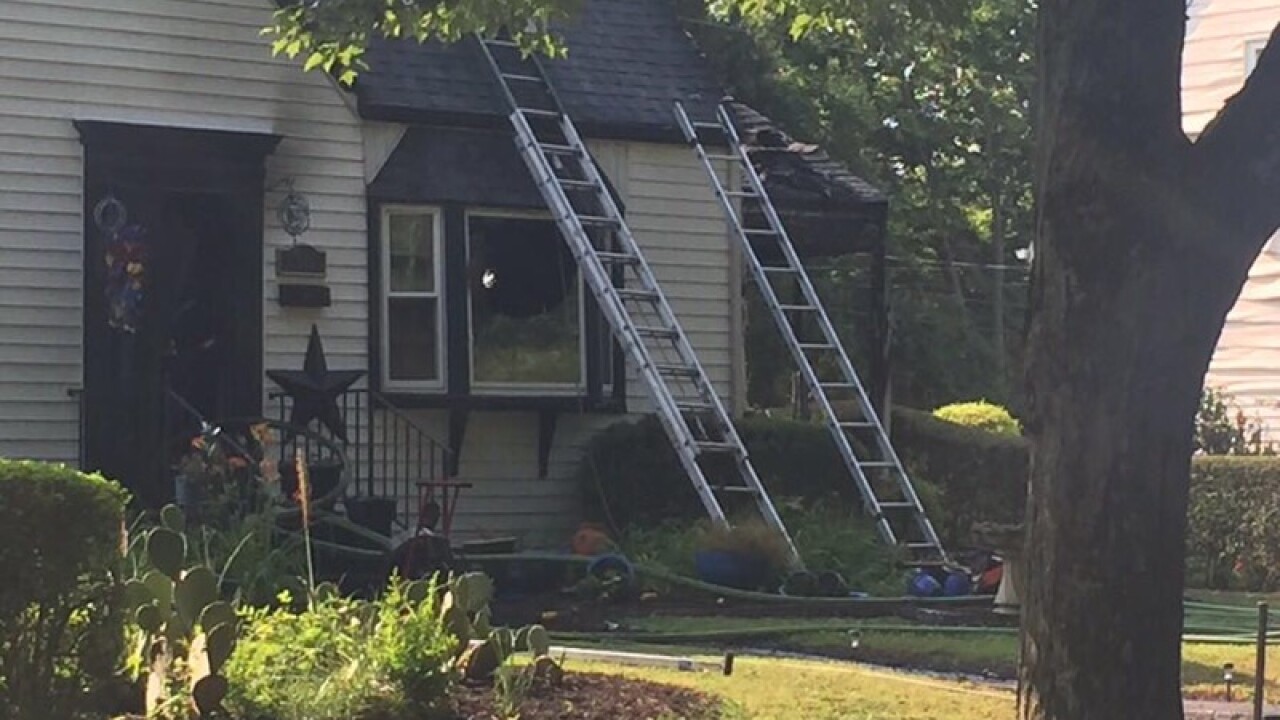 Firefighters were called to a home in the 1300 block of Hampton Street just before 8:20 a.m.

When crews arrived, they found heavy fire coming from the porch side of the home.

Working Fire: Engine 12 arrived on scene 1311 Hampton St. with heavy fire visible from the home. Initial reports were someone was possibly inside so they began rescue operations. The primary search was conducted, negative results, the fire is now under control. @CityofRichmond pic.twitter.com/gLNhL956RZ

Firefighters had the blaze under control by 8:40 a.m.

Officials said the home next door had minor damage as a result of the fire.

Officials are investigating what caused the fire.

The Red Cross has been notified to assist the family.