GREENSVILLE COUNTY, Va. -- Authorities in Greensville County are asking for the public’s help to identity the armed robbers who stormed into a grocery store on the Virginia-North Carolina state line this month.

More than half a dozen people were inside the State Line Grocery – which sits partially in Greensville County, Virginia, and also in Pleasant Hill, North Carolina -- when the crime happened Thursday, May 16.

Surveillance video captured one of the two robbers licking his lips outside before signaling his masked accomplice to storm inside.

"It took me a long time to process what was happening , but once it sunk in, I got on the ground and did what he said," one worker recounted.

Additional surveillance video showed that masked man with a pistol-gripped shotgun demanding money and telling employees to “make it fast.”

That robber then pointed the shotgun into a clerk’s back as he demanded cash. 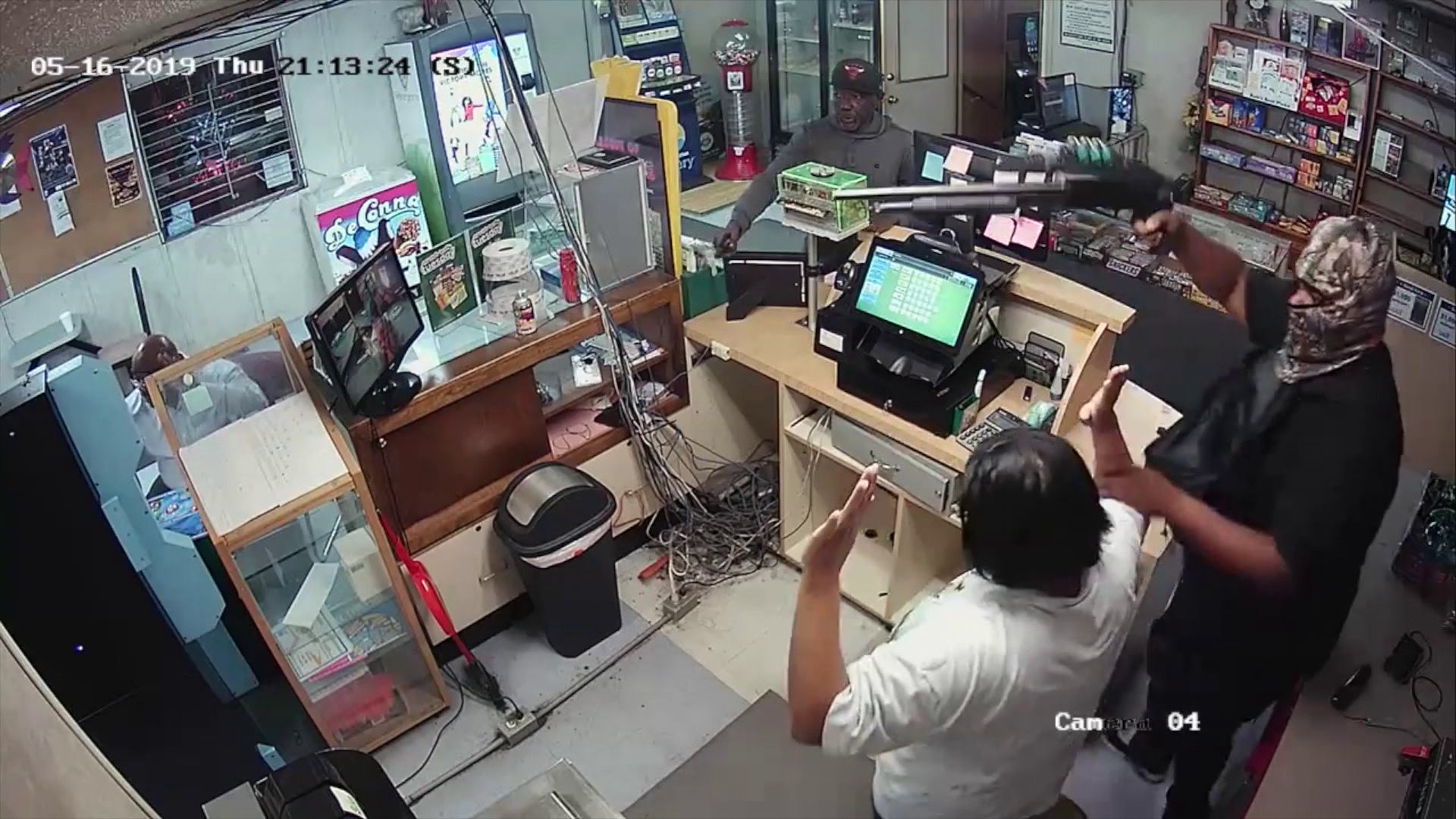 "Upon the end of the robbery, we could see them flee south on Skippers Road or Route 301,” House said. “We believe the vehicle was staged to help aid their departure."

Investigators hope someone can identity the suspects so they can crack the case.

"They scared us,” one employee said. “We lost sleep that night. It was scary. I genuinely had bad dreams."

That employee said her mind would be eased if the robbers were apprehended.

Another employee was so shocked by what she saw, she thought it was a joke.

"Then I realized I needed to get on the ground so I don't get hurt," she said.

Store managers said they have fortified security procedures since the robbery.

Anyone with information that could help investigators is asked to call the Greensville County Sheriff’s Office at 434 348 4200 or the Emporia/Greensville Crime Line at 434 634 1111.