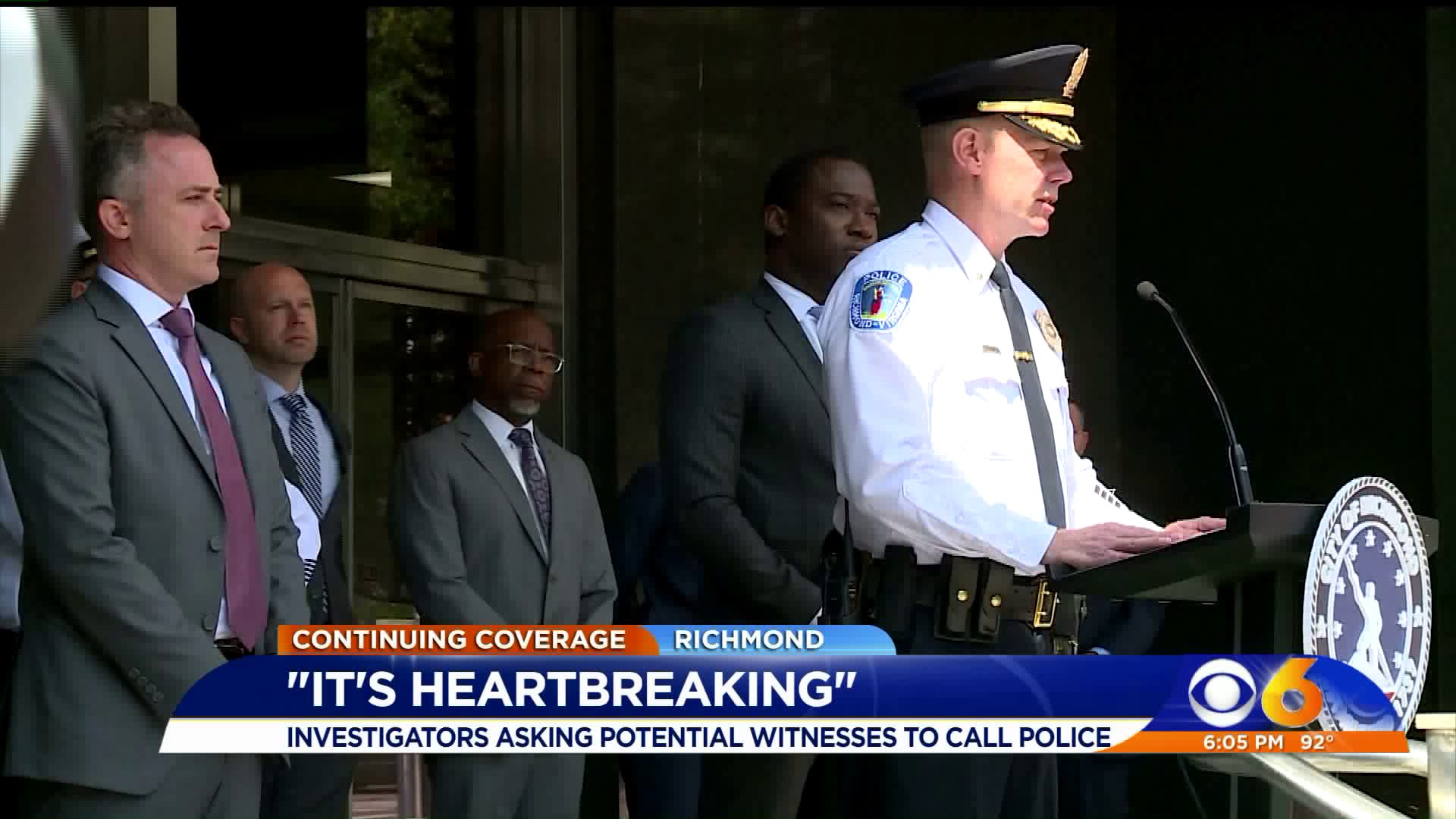 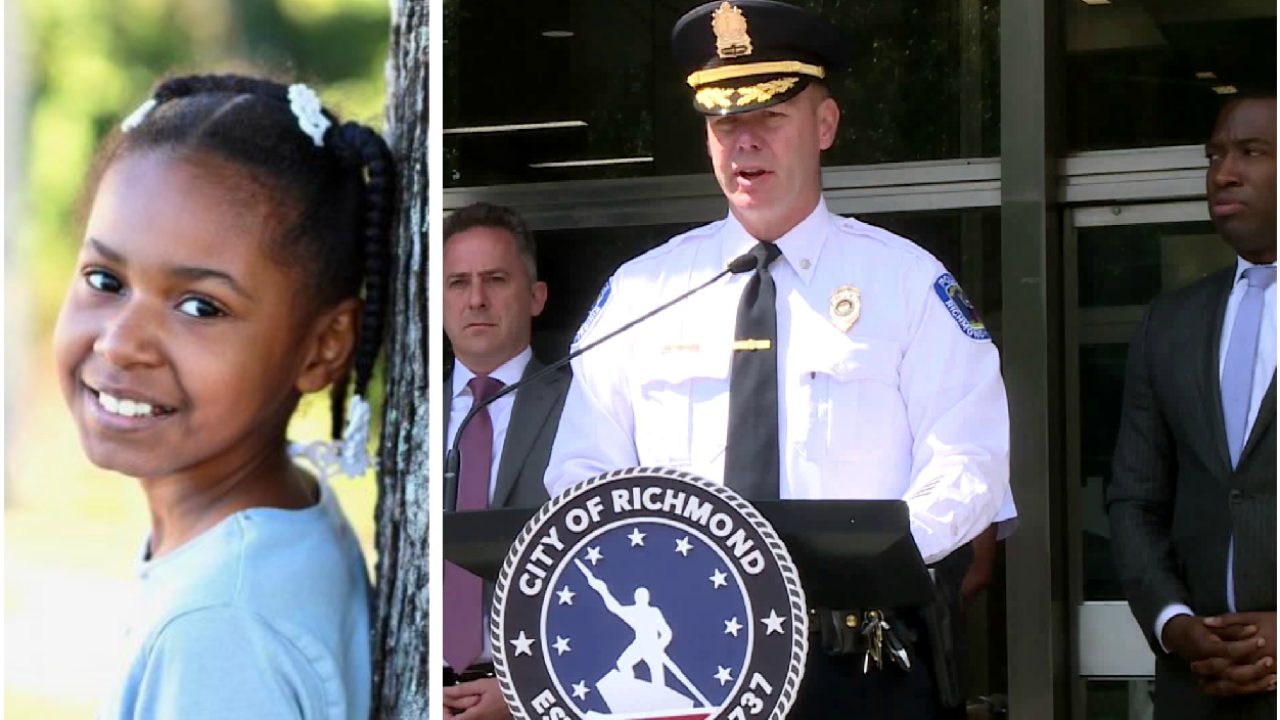 RICHMOND, Va. -- At City Hall Tuesday, Richmond officials provided an update on the investigation into the shooting that killed 9-year-old Markiya Dickson and badly injured an 11-year-old named Jaquez.

Investigators said both children were innocent bystanders, just acting like kids are supposed to at a community cookout.

"Just a senseless, senseless, cowardly act,” said interim Richmond Police Chief William Smith about the shooting. "Every homicide is a tragedy, but it is especially so when it takes the life of someone who has so much to live for.”

Shots rang out around 7:23 p.m. on Sunday near a basketball court at Carter Jones Park in south Richmond, officials said. The community cookout was happening separately from the altercation that ended in gunfire, according to Smith.

"There were people at the basketball courts playing basketball. That’s where we believe the incident originated,” Smith said. “Anybody who may have seen activities in that area or may have witnessed the argument that led to the shots being fired, call 780-1000.”

“We will do everything in our power to bring those responsible to justice,” said Richmond Mayor Levar Stoney.

Sources with knowledge of the investigation said more than two dozen shell casings were recovered at the scene in the aftermath of the shooting.

Smith said officers were stationed at the park providing security prior to the gunfire but were in a different part of the park at the time. Smith credited the quick response by those officers with helping gather early information.

At this point, police have not released suspect information related to the shooting.

On a hot Tuesday morning, skateboarders rolled through the popular skate park at Carter Jones and families played on the playground. Tievelle Gary and Jerek Shaw have enjoyed the park for years, playing football and using the park as a meeting place.

“The park is just so convenient for all of my friends like him,” Shaw said.

“I met a lot of good friends at this park. 2016, that was a good summer here. This park is just great,” Gary said.

The teens, who will both soon graduate high school, said they believe the person or people who came to the park and opened fire does not live near there.

"Not too much crime happens around here. Nobody really knows about this park unless you live around here,” Gary said. "It’s just messed up because they probably weren’t even from around here bringing all that drama and extra stuff. There’s no point.”

Melissa Lesh moved to a home near the park a few years ago and instantly fell in love with this part of south Richmond. Lesh said she was working on a project inside her home when the shots rang out.

“When I heard the shots, I thought they were fireworks,” she said. “I didn’t know that anything bad had happened until about 20 minutes later when an officer came to my door.”

One of her concerns about what happened Sunday is that violence interrupted an event aimed at bringing people together.

"That should be celebrated. So, when something like this happens that came from outside, it’s heartbreaking,” Lesh said. “We just want to encourage this kind of community coming together because it’s so important.”

A GoFundMe account has been set-up to help the family of Markiya.

Investigators continue to ask for pictures or video taken shortly before or after the incident on Sunday.  The public can provide tips to Major Crimes Detective Benjamin Neifeld at Benjamin.Neifeld@richmondgov.com or (804) 646-3246 or contact Crime Stoppers at (804) 780-1000 or at http://www.7801000.com.   All Crime Stoppers methods are anonymous.