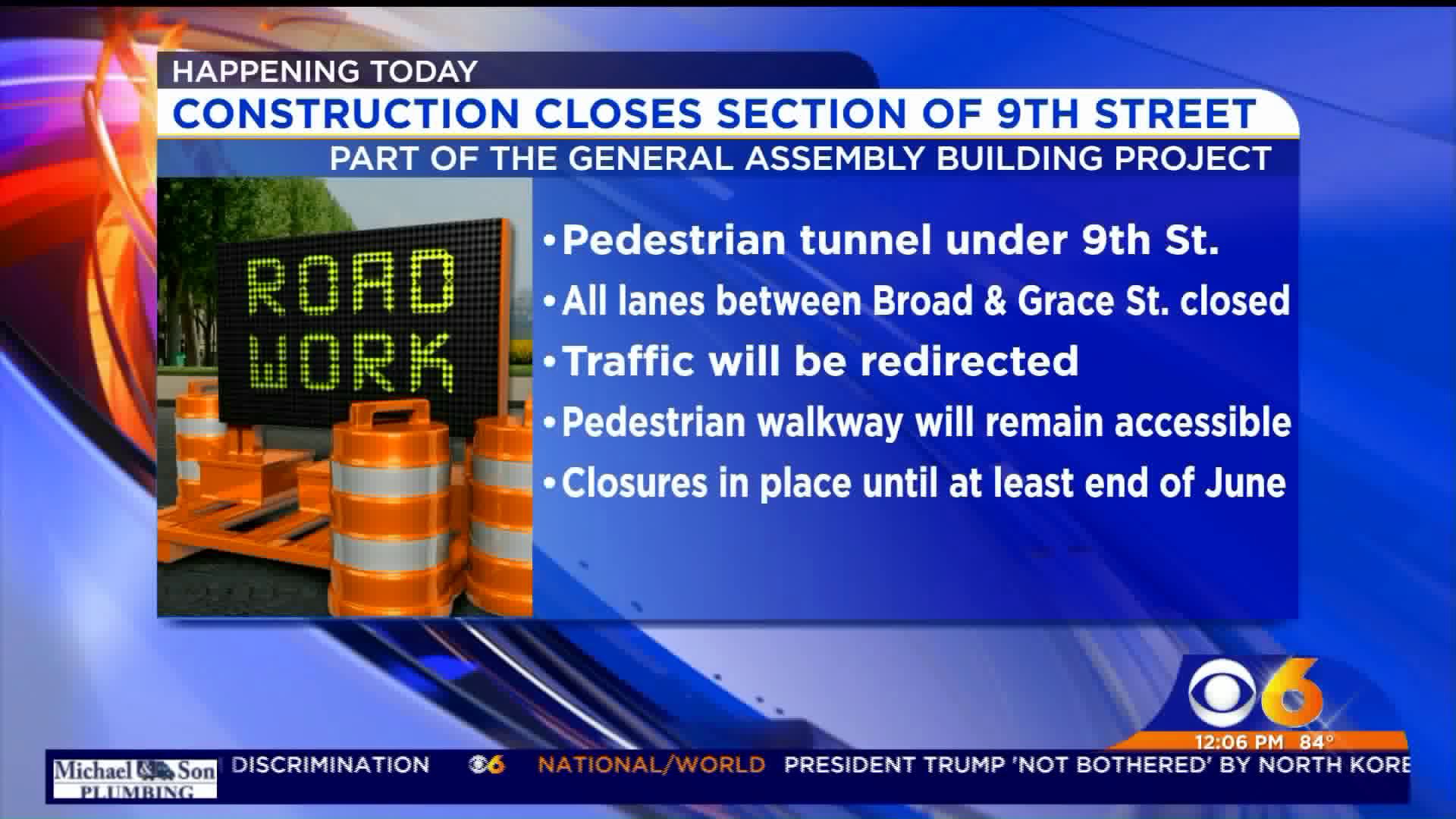 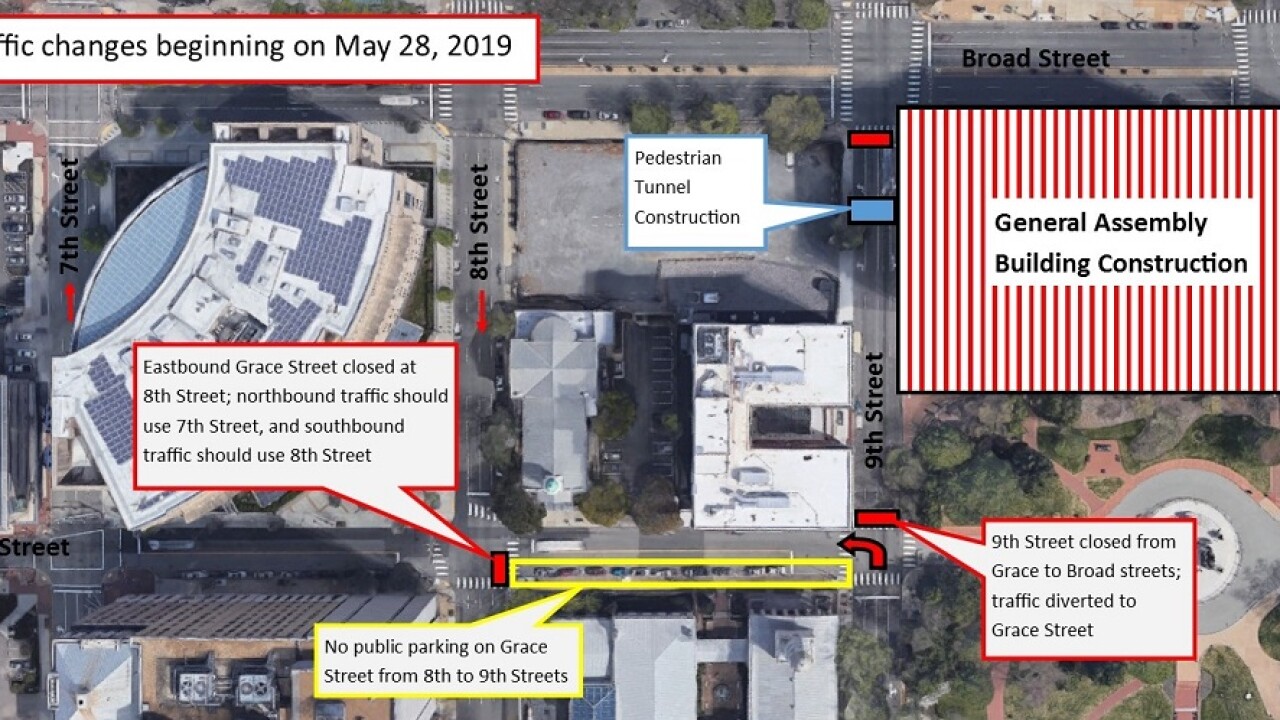 RICHMOND, Va. -- A portion of 9th Street near the Capitol downtown will close for a construction project over the next month.

The Department of General Services is digging a pedestrian tunnel under 9th Street as part of the General Assembly Building project.

Beginning on Tuesday, May 28, all lanes of 9th Street between Grace and Broad streets will close to traffic. The construction work will impact travel on a section of the street through the end of June.

A pedestrian walkway will remain accessible.

The closure will include the following changes to nearby streets:

Drivers and pedestrians are asked to use caution and observe any traffic control signage while DGS works with the City of Richmond to reroute traffic around that area.

When complete, the pedestrian tunnel will connect the new General Assembly Building and a new parking garage that will be built at the corner of 9th and Broad streets.