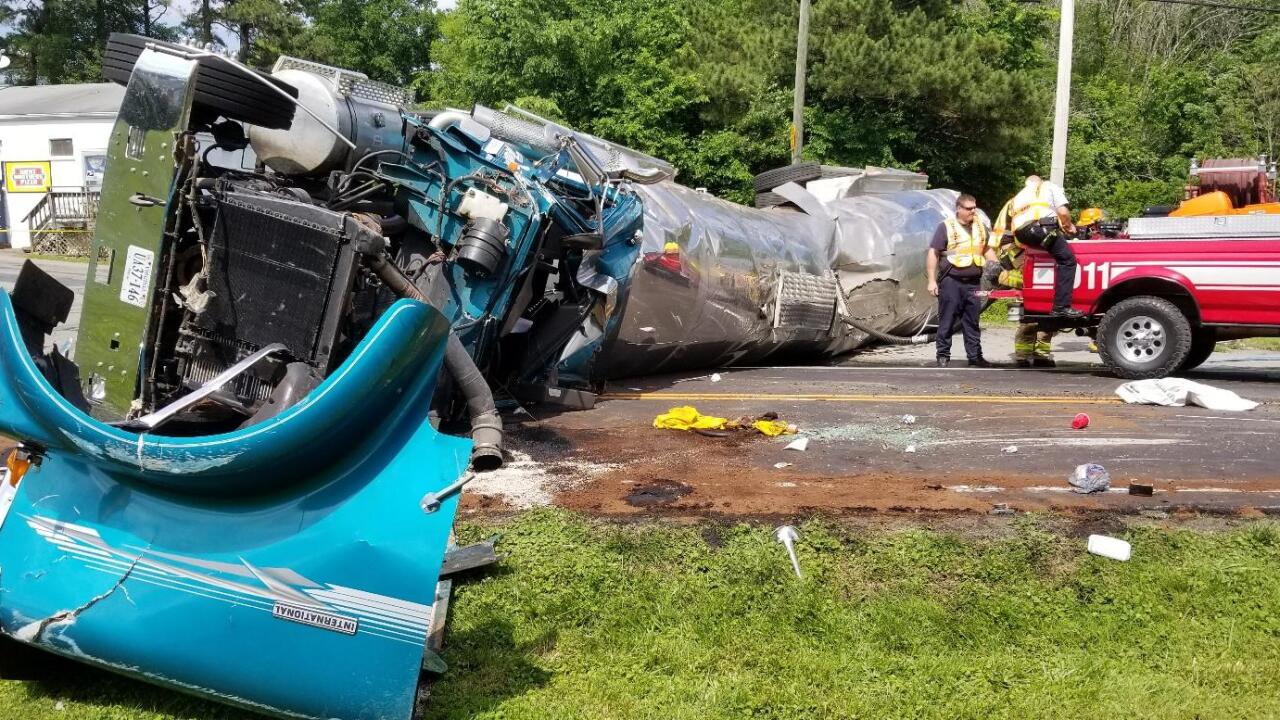 “A 1999 international tractor hauling a tanker trailer full of water was traveling northbound on Route 522 when the driver ran off road right, lost control overturning the truck and tanker,” a Virginia State Police spokesperson said about the preliminary investigation. “The tanker did rupture to where there was some loss of the water.”

He was flown to VCU Medical Center for treatment.

The cause of the crash remains under investigation and charges were considered pending against the driver.

All lanes have since reopened.

This is a developing story. Witnesses can send news tips, photos and video here.