FREDERICKSBURG, Va. -- Long guns and handguns were stolen from a gunsmith's shop in Fredericksburg, and the ATF says those guns could be in the Richmond area.

The thief made two trips inside the Hall Precision Gun Shop on Plank Road on May 15th.

"The concern of ours is these guns are going from the legal market, which is the gun store, to the illegal market, and handed to people who shouldn't possess them,” said ATF Special Agent Scott Fulkerson. “And they are then being used in violent crimes in and around our area almost immediately."

Video shows the thief grabbing long guns off the wall and smashing a glass case with a hammer to snatch handguns.

"Look at his mannerisms, specific type of dress, in this case the hair and type of build,” said Fulkerson. “We also find in this type of case, they like to talk about it." 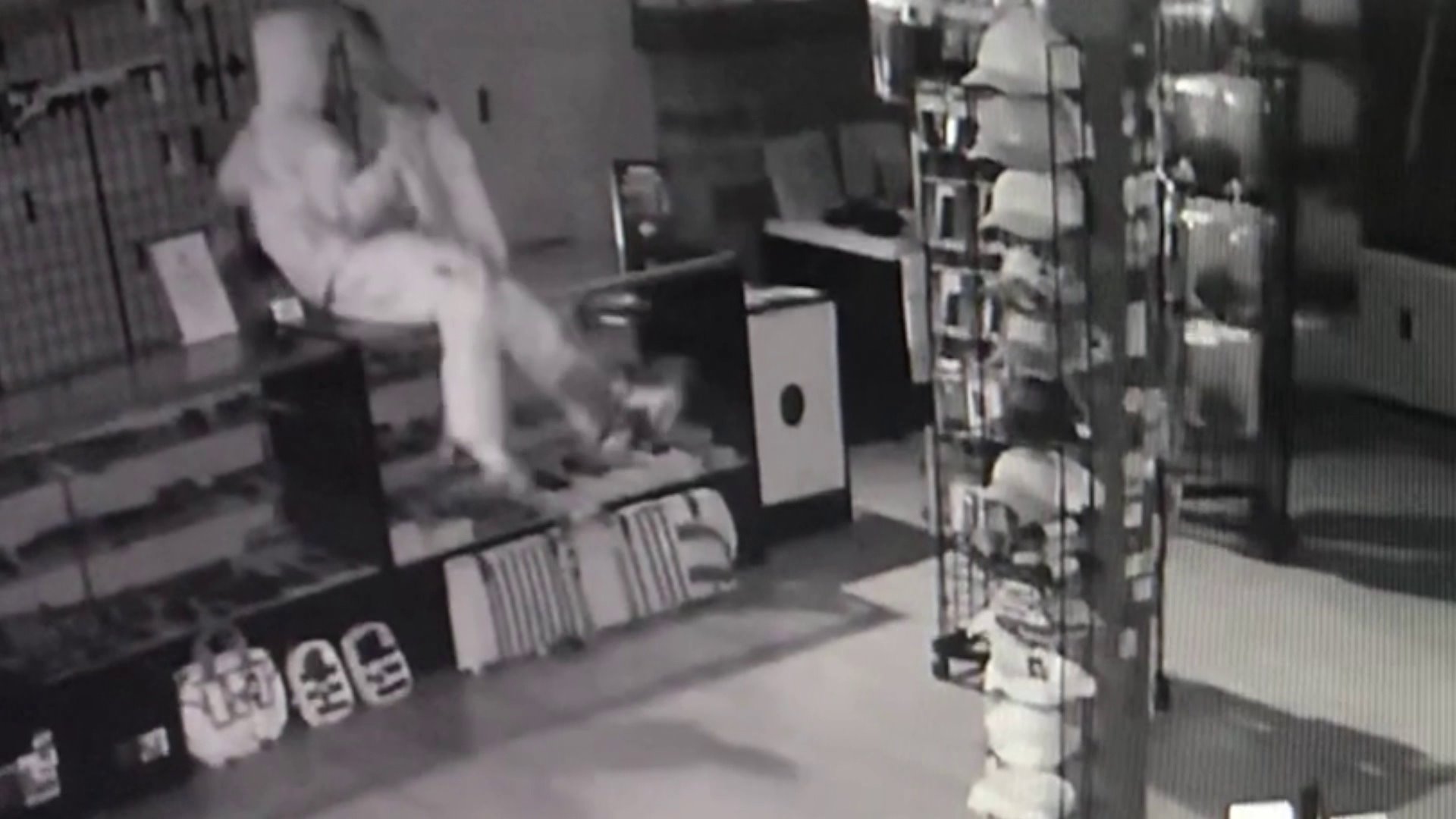 And to entice anyone who knows about this burglary, the ATF is partnering with the National Shooting Sports Foundation to off $5,000 to the person that can help identify the thief.

"They're used in very violent crimes in our own communities,” said Fulkerson. “That's why we are asking for the citizens help, hopefully recognizing the burglar before these guns go too far."

1-888-ATF-TIPS is the confidential number to call.

In all, 7 guns were taken; the ATF the robbery looks like an isolated case.