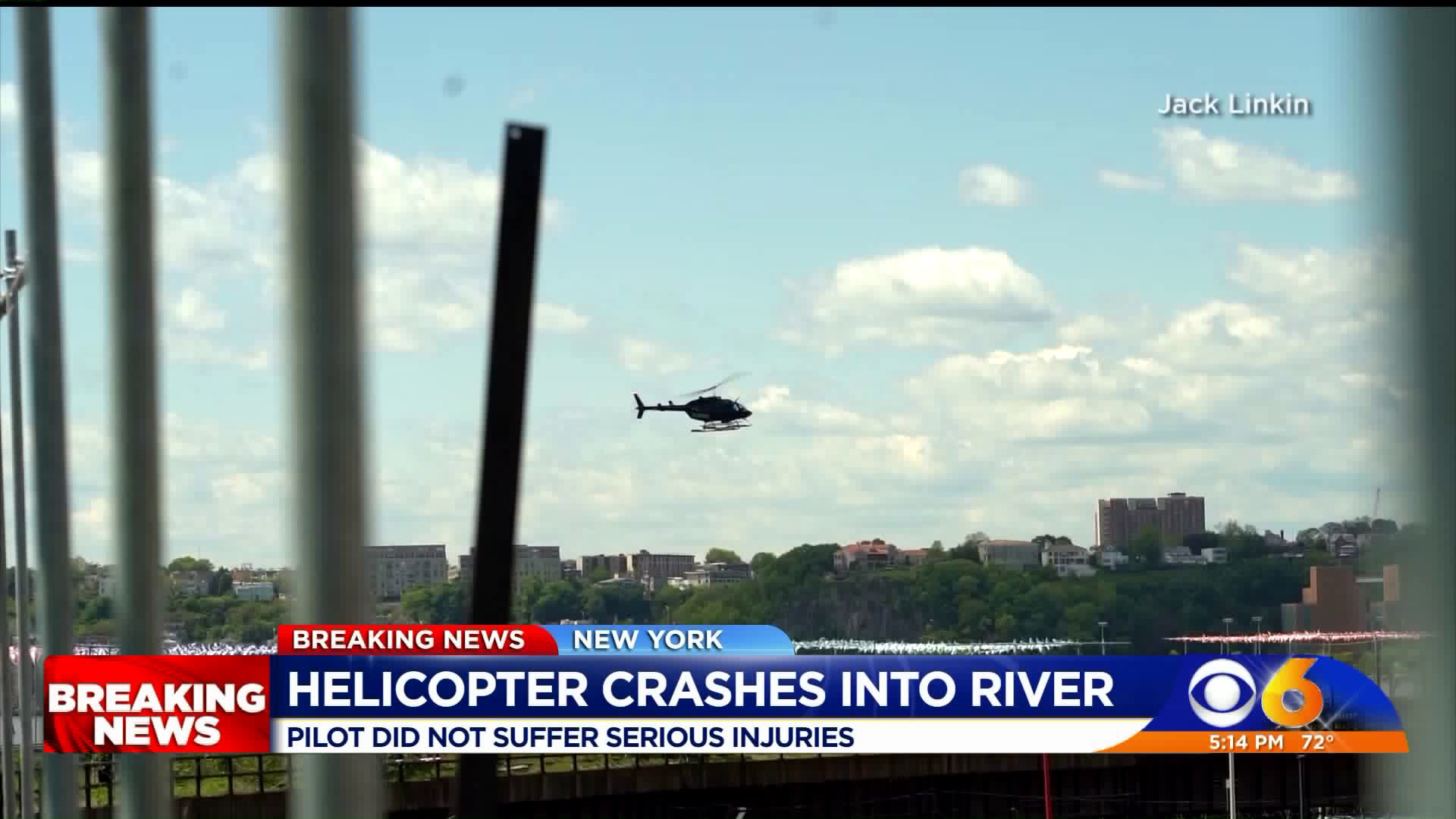 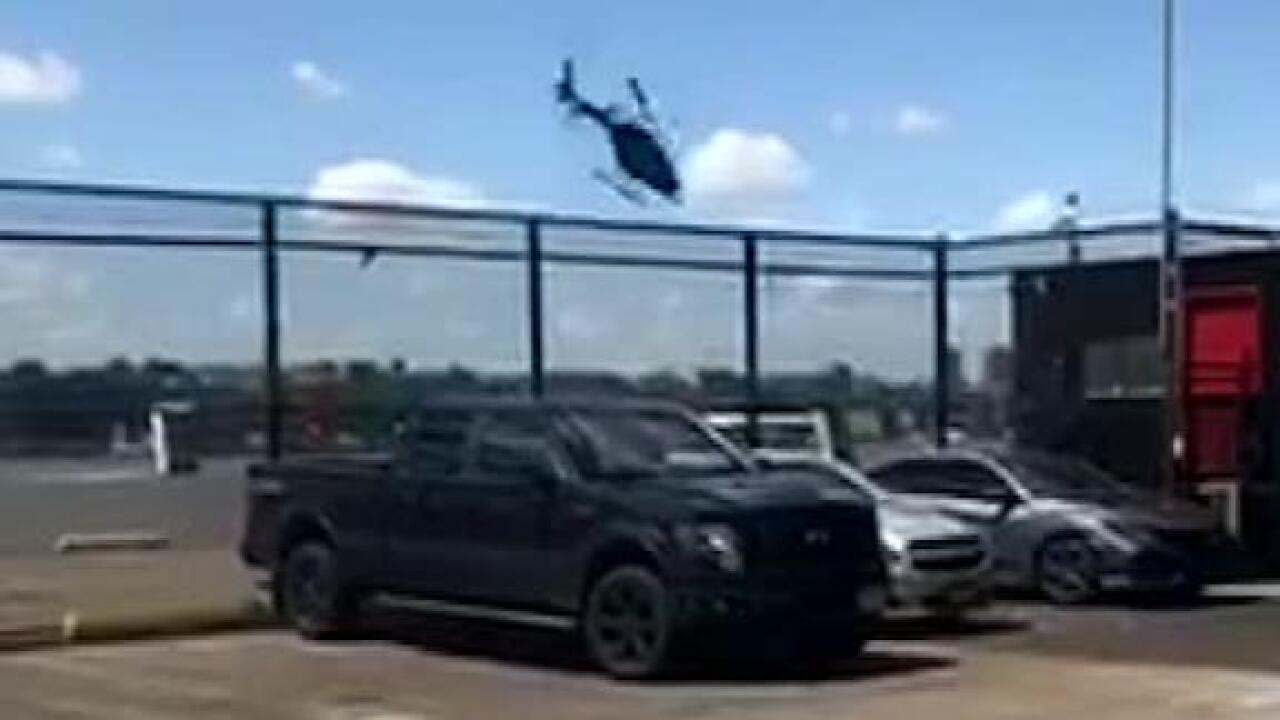 A charter pilot was pulled from the Hudson River after his helicopter crashed in the water near where the Lincoln Tunnel comes into Manhattan, authorities said.

The pilot was the only person aboard the helicopter and was rescued by the New York Police Department's Aviation and Harbor unit, according to a law enforcement official with knowledge of the rescue.

The pilot was moving the aircraft from the fueling area to another part of the West 30th Street Heliport, and had trouble as he reapproached the facility, NYPD Assistant Chief Stephen Hughes told reporters

The pilot, who only suffered a hand injury, deployed the helicopter's flotation equipment and was picked up by a passing boat shortly after the helicopter hit the water, Hughes added.

A dock worker who was trying to get out of the way of the helicopter was also injured after he slipped and hurt his wrist, Hughes said.

Ashton Byrd was walking with a friend when he saw the helicopter going down, and managed to capture it on video.

The footage shows the aircraft descending toward the water with its nose down and its rotors moving. The helicopter appears to level out and water sprays as the craft goes down.

"It was the craziest thing I've ever seen," Byrd said.

Byrd said the helicopter appeared fine as it took off, but then the motor began to whine.

"He was just kind of spinning and then the helicopter got sideways on him and then that's when it started going down," Byrd said.

The helicopter was a Bell 206, Federal Aviation Administration spokesman Jim Peters said. The crashed occurred about 2:30 p.m. ET, he added.