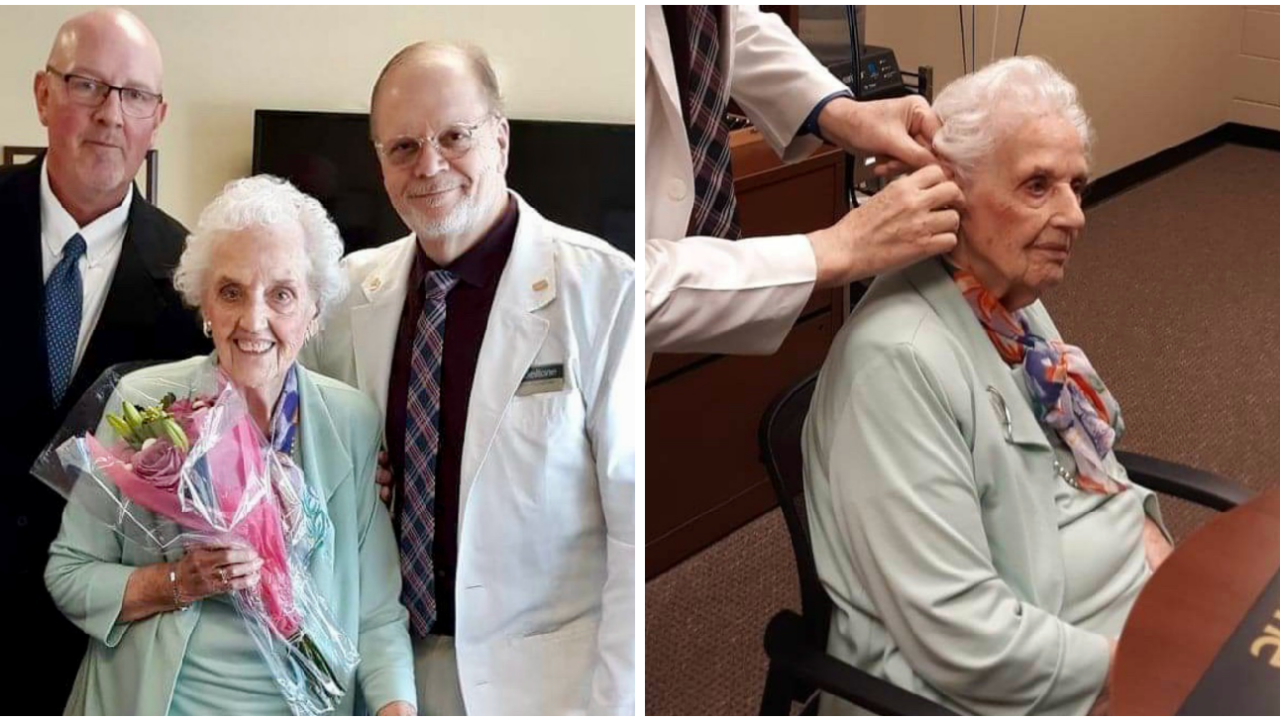 MECHANICSVILLE, Va. – An 88-year-old woman can hear again thanks to a letter from her son and a new hearing aid from the Beltone Hearing Care Foundation.

Helen’s son Timothy Hinson wanted to help his elderly mother, so he wrote an emotional letter to the Beltone to see if they could get her approved for new hearing aids.

Beltone Hearing Care Foundation donates hearing aids to people affected by hearing loss who can’t afford them on their own.

“Mom’s only set of hearing aids, which are 15 years old have stopped working. Neither of us have any means of which to purchase a new pair. Five years ago, mother fell and broke her hip. It was at this point, I realized that mother would need help at home once she was released from the nursing home after completing her therapy. I quit my job in Richmond so that I could move back home to take care of both her and the household. Mother has had hearing loss for over 25 years. But until I moved back home, I did not fully appreciate how much her hearing loss affected her daily life.”

Timothy says the last year has been particularly hard on his mother as her hearing has deteriorated to the point that anyone talking to her must be relatively close to her, even when she wore her aids.

“I hate to see my mother endure daily the confusion, exasperation, and worry caused by this hearing impairment. She would be so happy to feel part of the real world again,” he added.

On Wednesday, Hinson received the gift of hearing once again as she was fitted for a pair of hearing aids at The Beltone Hearing Center located in Mechanicsville.

“We are thrilled to be able to help Helen Hinson obviously a person who is truly deserving and who needed our assistance in a huge way,” said Michael Andreozzi, CEO Beltone Carolina/Virginia.

“I believe in paying forward any good deed that I have received from others. So, I promise to help other families in the future who need help with this kind of situation,” said Timothy.