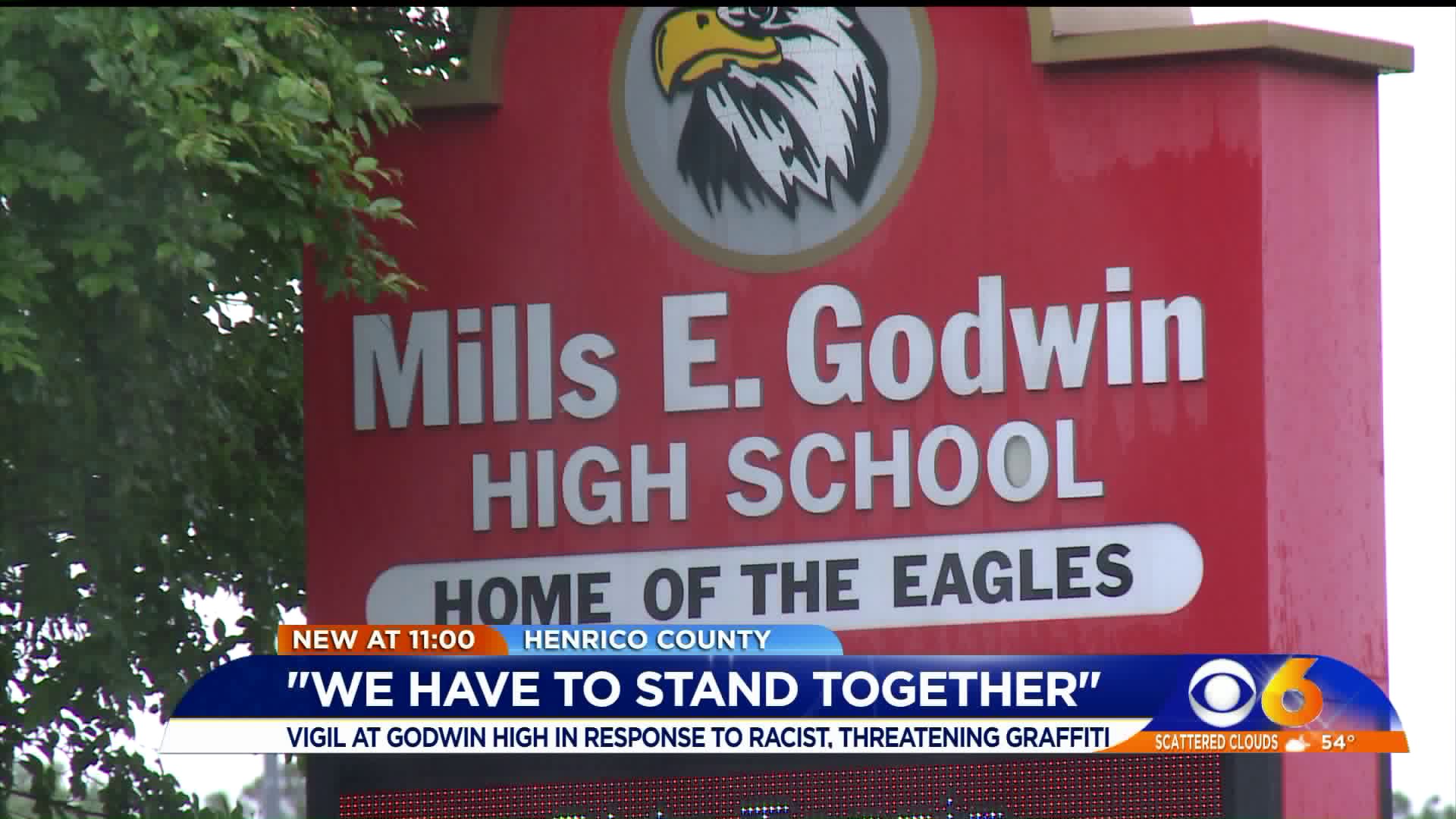 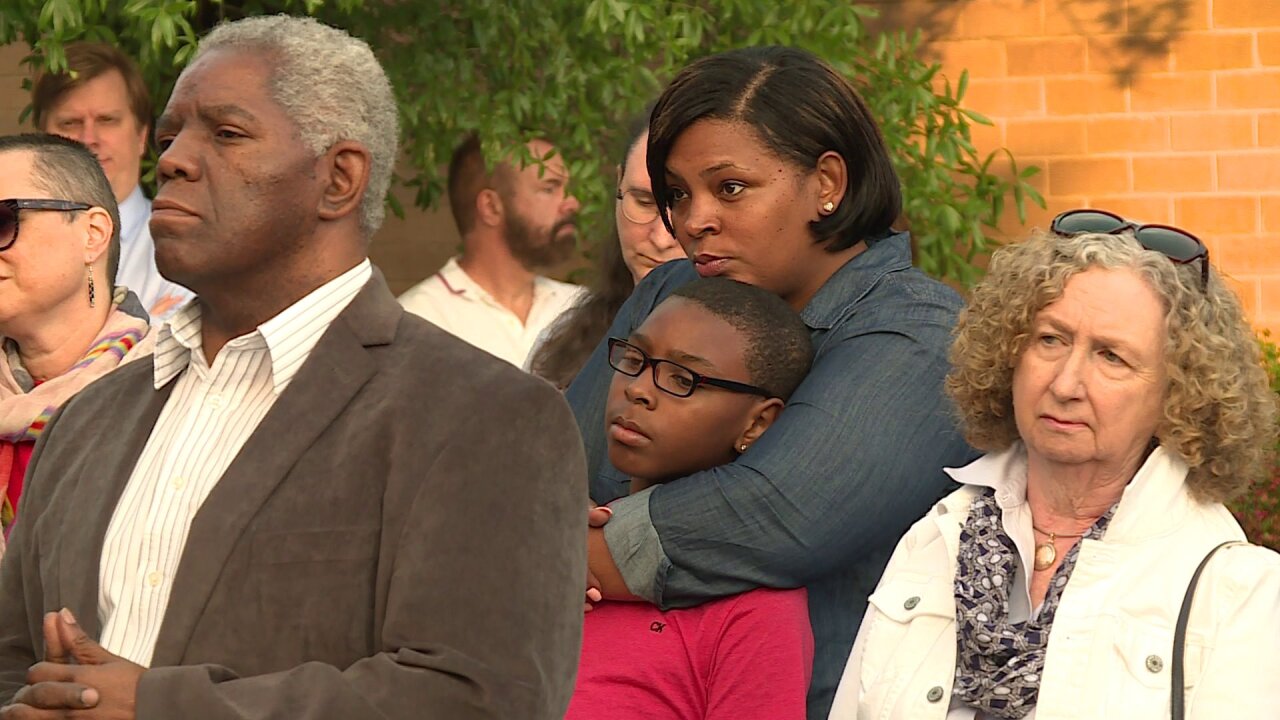 HENRICO COUNTY, Va. -- More than a hundred parents, students and community members assembled outside the front entrance of Godwin High School for a vigil after "messages of hate" were discovered over the weekend.

Hateful words sprayed on to Mills Godwin High are now gone, but people in the community are still in disbelief and saddened that messages of hate showed up in big red letters.

School officials said a "significant amount" of vandalism, including graffiti that "depicted a violent threat" with the date May 15, was spotted at the West End school. Guns and a slew of racially charged and hateful words were sprayed on the front of the school.

"The images are hateful, disgusting and have zero place in society. We condemn these acts in the strongest terms," Henrico County Public Schools Communications Director Andy Jenks said.

The “Light Drives Out Hate” vigil was organized Monday evening by the volunteer and grassroots organization Together We Will Henrico.

"I woke up Sunday morning to hear of more spray painted expressions of hate and white supremacy, but this time on my high school," Douglas explained. "We work together to send the message that hate has no home here."

Godwin parent Lynn Williams said her daughter, who will graduate in about a month, was afraid to come to school in light of the graffiti.

Officials are looking at security footage to see who’s responsible. They are also increasing police patrols not only at Godwin, but also at near Douglas Freeman High School, which is near another incident of vandalism that happened late last week.

"When there are more police around. When you can see more police, it would tend to cut down the type of vandalism that we saw here and in the Freeman High School neighborhood," Jenks added.

Officials said the vandalism at Godwin was similar to the White Power and swastika graffiti discovered last week, but officials are not yet certain the crimes are connected.

Meanwhile, the leader of a large Jewish organization in Richmond is telling people not to be intimidated by the actions.

“This is the time to show up. To go to synagogue, to go to church, to go to the mosque, to go and be out in the community,” said Daniel Staffenberg, CEO of the Jewish Community Federation of Richmond.

Staffenberg says he had a two-fold reaction to the vandalism. One that he wasn't surprised, adding hate and anti-Semitism incidents have been on the rise.“The second is a little sadness and disappointment that we've got these messages out there for our kids and our communities that they have to deal with,” he added.

The graffiti referenced violence on May 15, this Wednesday, leaving parents and students like Brenda and Katherine Fincky questioning what to do.