At least seven injured in school shooting in suburban Denver, 2 suspects in custody 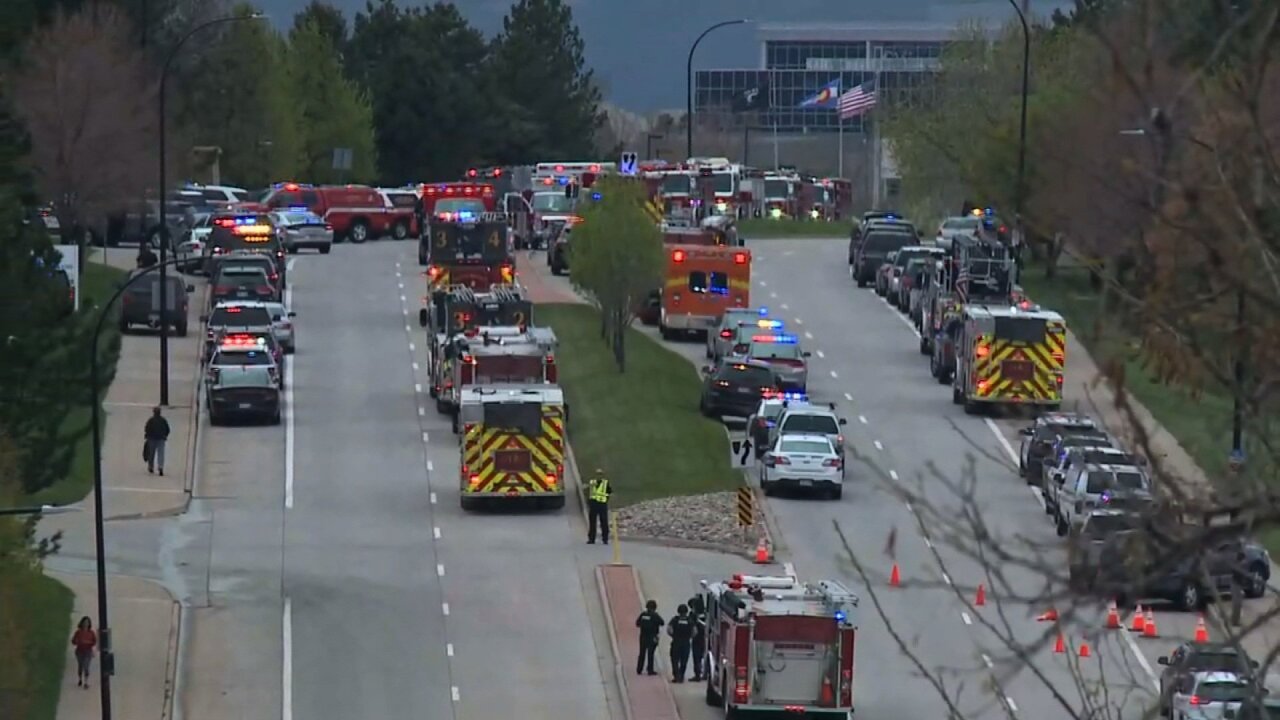 **Embargo: Denver, Colo.** Authorities said “multiple students” were injured Tuesday in a shooting at a school in suburban Denver.

At least seven, possibly eight victims were injured Tuesday in a shooting at a school in suburban Denver, authorities said.

Douglas County Undersheriff Holly Nicholson-Kluth said two suspects are in custody in the shooting at the STEM School in Highlands Ranch, which covers K-12.

“We have multiple students that have been injured,” she said.

The shooting started in the middle school just before 2 p.m., Nicholson-Kluth said. A school official called authorities to report that shots were fired, she said.

“Over the next few minutes, quite a few shots were fired,” she said.

Police and sheriff’s deputies were on scene almost immediately, she said.

“As officers were arriving at the school they could still hear gunshots,” Nicholson-Kluth said.

Nicholson-Kluth said authorities don’t know at this point if the suspected shooters were students.

Though authorities initially said they were looking for a possible third suspect, Nicholson-Kluth said they are no longer looking for another suspect.

“This is a good community. It’s usually very quiet, extremely low crime rate,” said the undersheriff, who has been with the department 30 years.

The STEM School has about 1,800 students, the undersherrif said. It is located about seven miles from Columbine High School, which is located in Littleton, Colorado.

On April 20, 1999, two students killed 12 of their classmates and one teacher in a mass shooting at Columbine High.

Douglas County Schools were closed April 17 as authorities scrambled to find an armed Florida teen they said was infatuated with the Columbine massacre. The woman, authorities said, made threats before she traveled to Colorado, where she died of a self-inflicted gunshot wound.