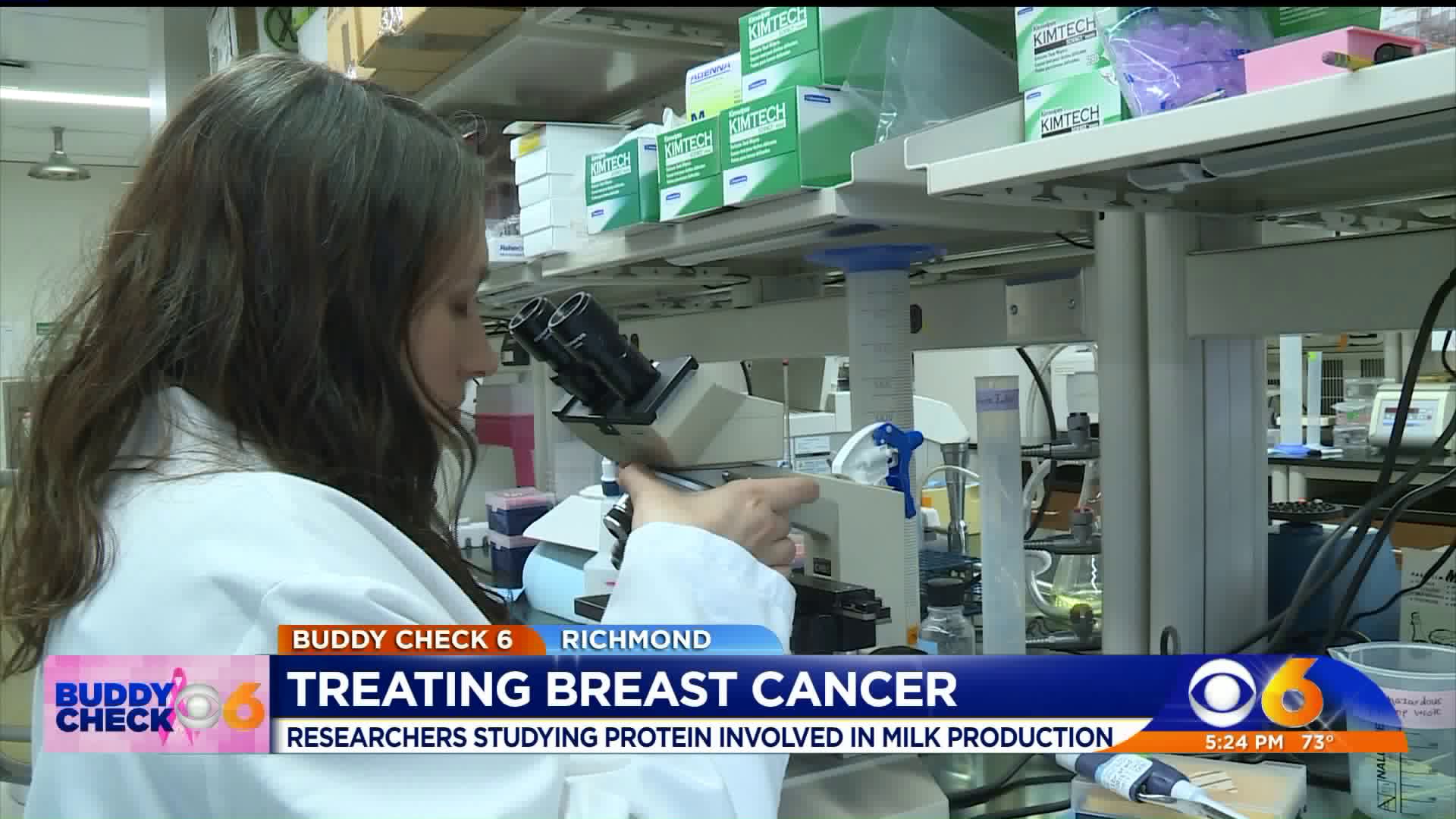 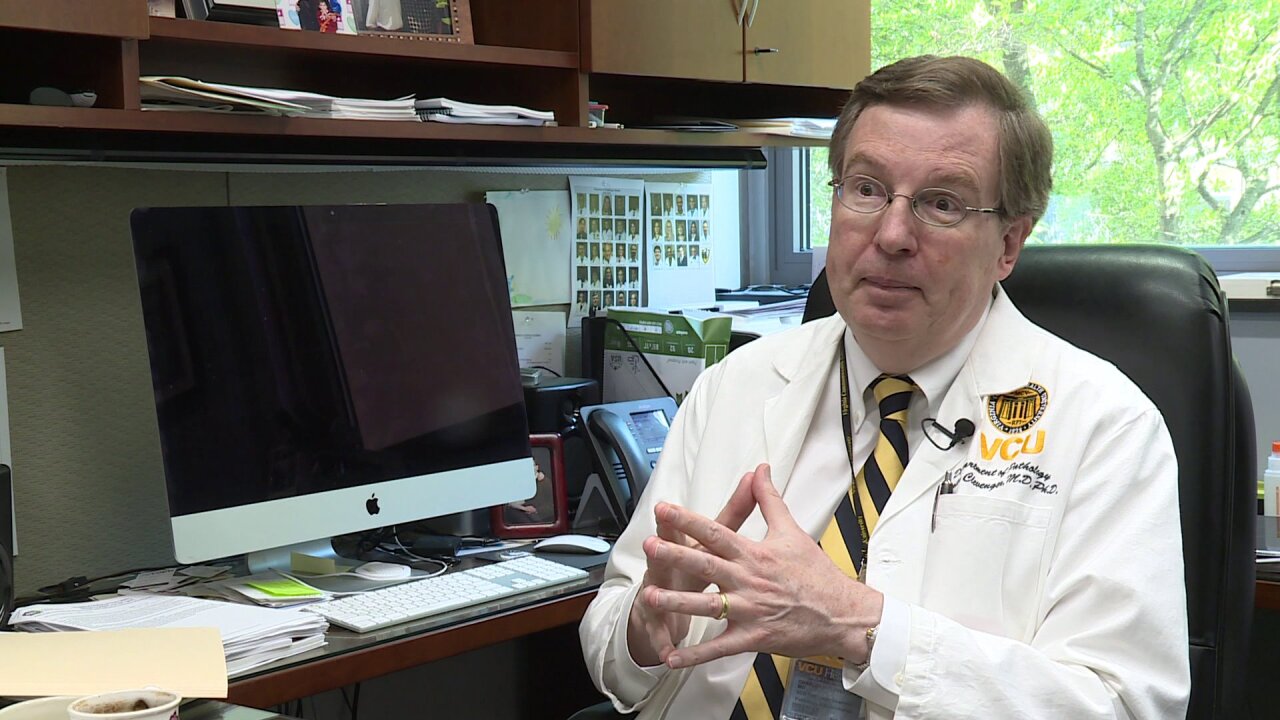 RICHMOND, Va. -- Breastfeeding is a part of life for most new moms.

When women are pregnant, their prolactin levels are through the roof, but that level drops dramatically after birth.

Since the 90s, Clevenger has been one of the first doctors in the world to look at the hormone prolactin and breast cancer.

Since those early studies and more lab work, Clevenger has discovered a protein involved in milk production called cyclophilin and how it could be used for breast cancer treatments.

"By blocking the prolactin receptor from working, we can kill breast cancer cells and we can prevent it from growing and spreading," Clevenger said.

Clevenger says he hopes what's being done in the labs will eventually translate to the patient and becomes another treatment option for breast cancer patients.