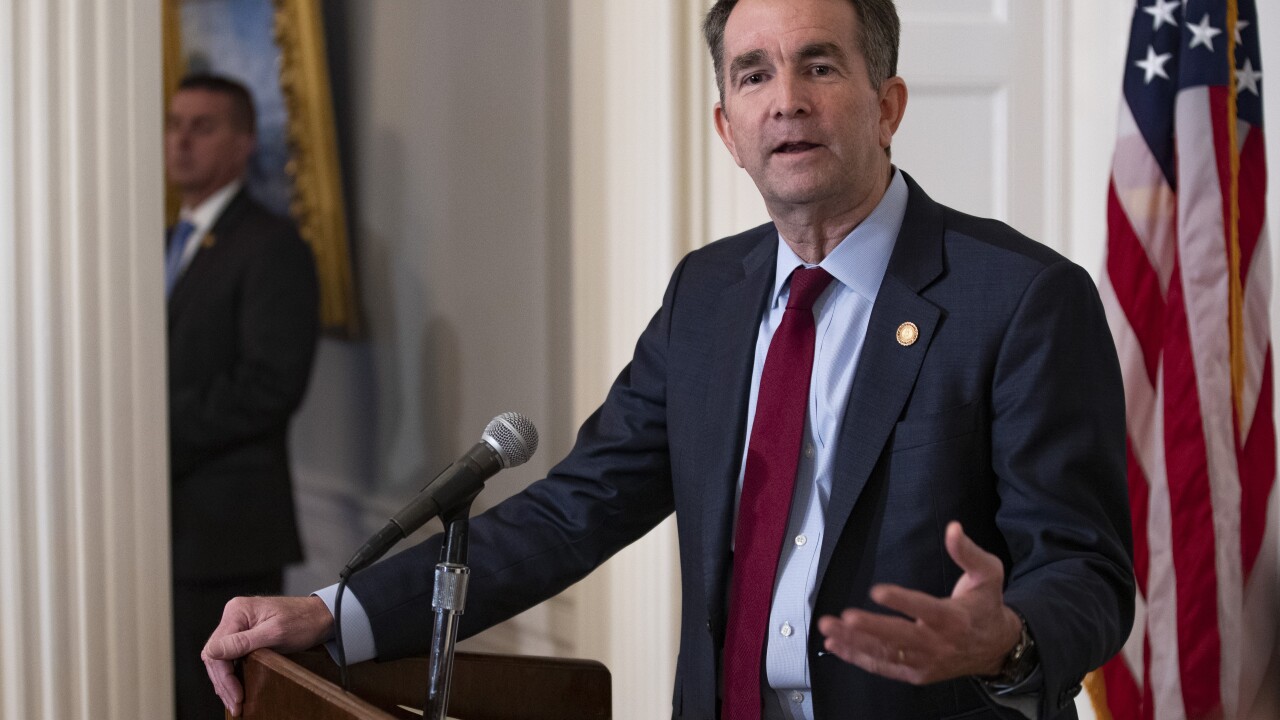 RICHMOND, Va. — In a move intended to nurture racial equity in Virginia, Gov. Ralph Northam announced on Wednesday a commitment to oppose additional mandatory minimum sentences for the remainder of his term.

In doing so, Northam vetoed two bills that would have imposed mandatory minimum sentences for repeat domestic violence offenders, as well as for persons convicted of killing or injuring a law enforcement animal.

“While violence is unacceptable, these are crimes that can be addressed by a judge with full knowledge of the facts and circumstances of each particular case,” Northam wrote. “Piling on mandatory minimum sentences has contributed to our growing prison population over the past few decades, to the point that the United States has the highest rate of incarceration in the world.”

In an op-ed published Wednesday, Northam wrote that mandatory minimum sentences were focused on punishment not rehabilitation, arguing that courts should instead focus on evidence-based approaches that ensure equitable treatment under the law.

Northam, who has sought to make racial justice a defining theme in his governorship since he became embattled in a scandal involving photos of him donning blackface, cited data showing that mandatory minimums disproportionately harm people and communities of color.

“According to a 2017 report by the U.S. Sentencing Commission, an agency of the federal judicial branch, black offenders are more likely to be convicted of an offense that carries a mandatory minimum sentence than individuals of other races. The commission’s findings echo other literature on the racial disparities in sentencing,” Northam wrote.

Mandatory minimums tie judges' hands, add to the problem of mass incarceration, and create racial disparities. @GovernorVA is right to veto any mandatory minimum bills and should work quickly to repeal the hundreds of similar laws already on the books. https://t.co/0loFDqXMbu

The decision was applauded by groups including the ACLU of Virginia and the Virginia Legislative Black Caucus. But opponents of the veto, including the Republican Party of Virginia,  argued that Northam prioritized his efforts to restore his Governorship’s reputation over protecting victims of domestic abuse.

We are disappointed that @RalphNortham has decided to veto bipartisan legislation that would protect survivors of domestic assault. Northam has put his efforts to erase his racist past ahead of protecting women who have survived domestic abuse.https://t.co/djqQI5dJDE

Northam, a Democrat, has been under fire since the discovery on Feb. 1 of a racist photo on his page of his 1984 medical school yearbook. The picture showed two men — one in blackface and the other in a Ku Klux Klan hood.

Initially, Northam said he was in the photo and apologized. Later, he said that he was not in the picture but that he did wear blackface for a Michael Jackson dance contest in 1984.

The controversy prompted many state and national Democratic leaders as well as advocacy groups to call on Northam to resign. Northam has repeatedly said he does not plan to do so.