She said yes! The story behind ‘fairytale’ Easter on Parade surprise proposal

RICHMOND, Va. --The beginning of a new chapter in one couple's "fairytale" was captured by CBS 6 during Easter on Parade on Richmond's historic Monument Avenue.

This is the story of Brian Eggleston's surprise proposal to his longtime fiancée Allie Byers.

"This may sound a bit like a fairytale, but the story is strong and true," Eggleston told CBS 6.

Eggleston said he first met his bride-to-be when the pair were in middle school in 2006.

"My world froze seeing this beautiful red-headed angel before me," Eggleston remembered. "As a young boy I fell in love with her at first sight, but was too shy to ask her out."

After waiting for more than a year to act, Eggleston discovered his crush was leaving the school, so he took a chance.

"I remembered she loves horses and was a dedicated English rider, so I bought a toy horse with the little I had," he recounted.

Eggleston presented the gift to Byers on one of her last days at the school. It worked, she gave him her number and the pair connected, but later lost touch.

Years later, the pair reconnected when Eggleston, who was hospitalized with pneumonia, sent her a message on Facebook.

"It all sparked from there," he said.

Byers visited him in the hospital, "weeks passed and we ended up getting together and made the best of every day," Eggleston said. 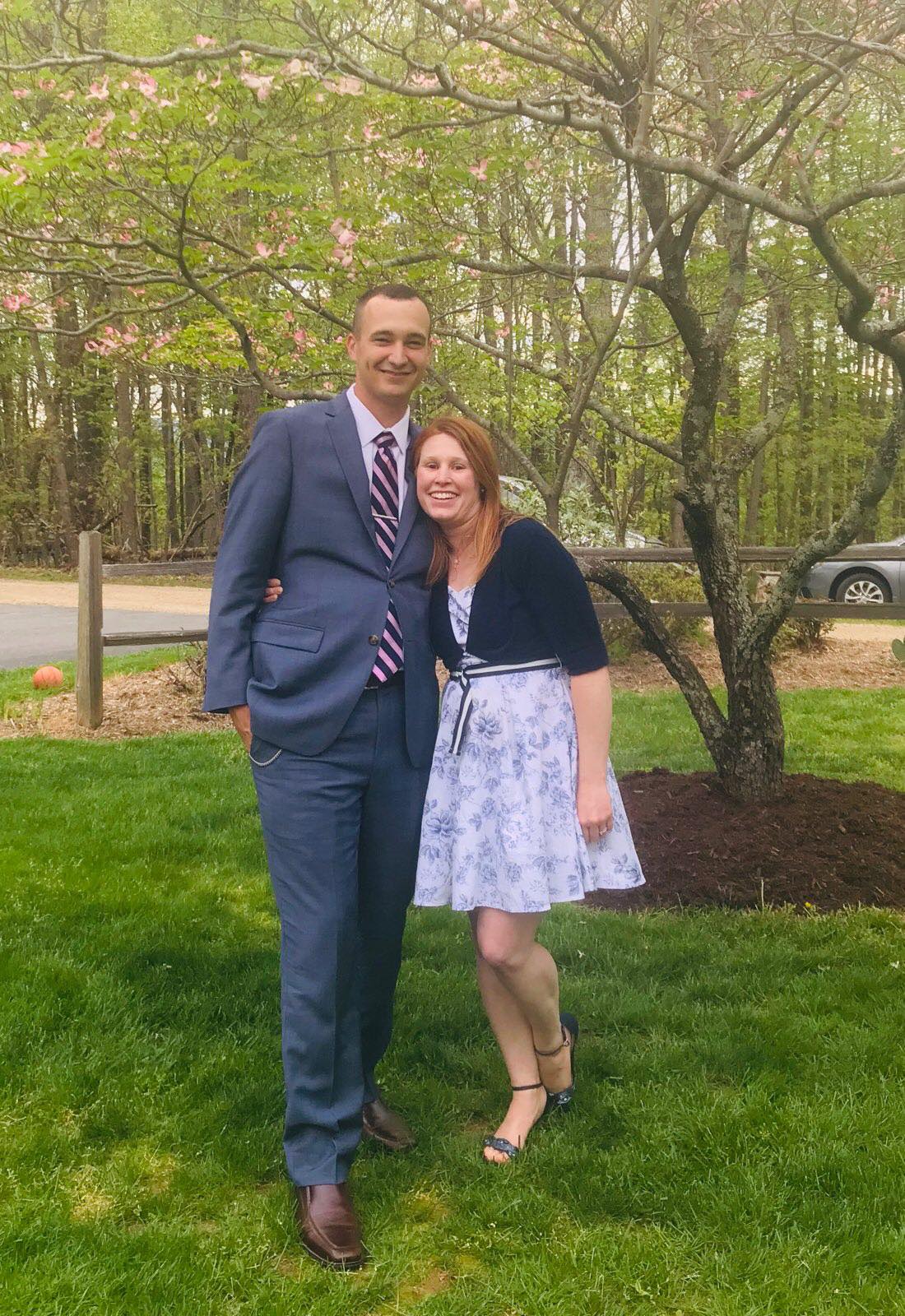 Then on Christmas in 2017, Eggleston presented Byers with "The Story of How We Met," a detailed collection of stories and memories.

The couple were engaged the following year and planned to tie the knot in June of 2019.

However, "work complications" and life stresses forced the couple to "take a break" and cancel their wedding plans, Eggleston said.

But just four months later, a trusted friend helped reunite the couple and they found their "bliss" again, according to Eggleston.

As more months passed, Eggleston decided Easter on Parade would be "the best proposal ever."

"So I put the ring in my suit pocket and picked up Allie and we departed," Eggleston said. "Luck was on our side as you were all there and got a chance to share our love for each other to the world and surprise our family and friends."

Byers said she was at a loss for words after the big moment.

“I honestly can’t put it into words how happy I am,” Byers said.

When asked about the toy horse Eggleston presented to her nearly 13 years ago, Byers said she remembers it, but was surprised her husband-to-be did.

"When you know she’s the one, you never forget," Eggleston added. "The smallest things in life are the most memorable for sure."

The couple has not yet set a date for their wedding.