RICHMOND, Va. -- A huge celebration was held at the Virginia War Memorial Friday morning for a beloved volunteer who celebrated a special birthday.

Friends, family, and colleagues rolled out the red carpet for Scott.

Scott was shot down over Europe and spent 10 months as a prisoner of war.

Despite his age, Scott still volunteers at the War Memorial every Wednesday sharing his story with visitors. 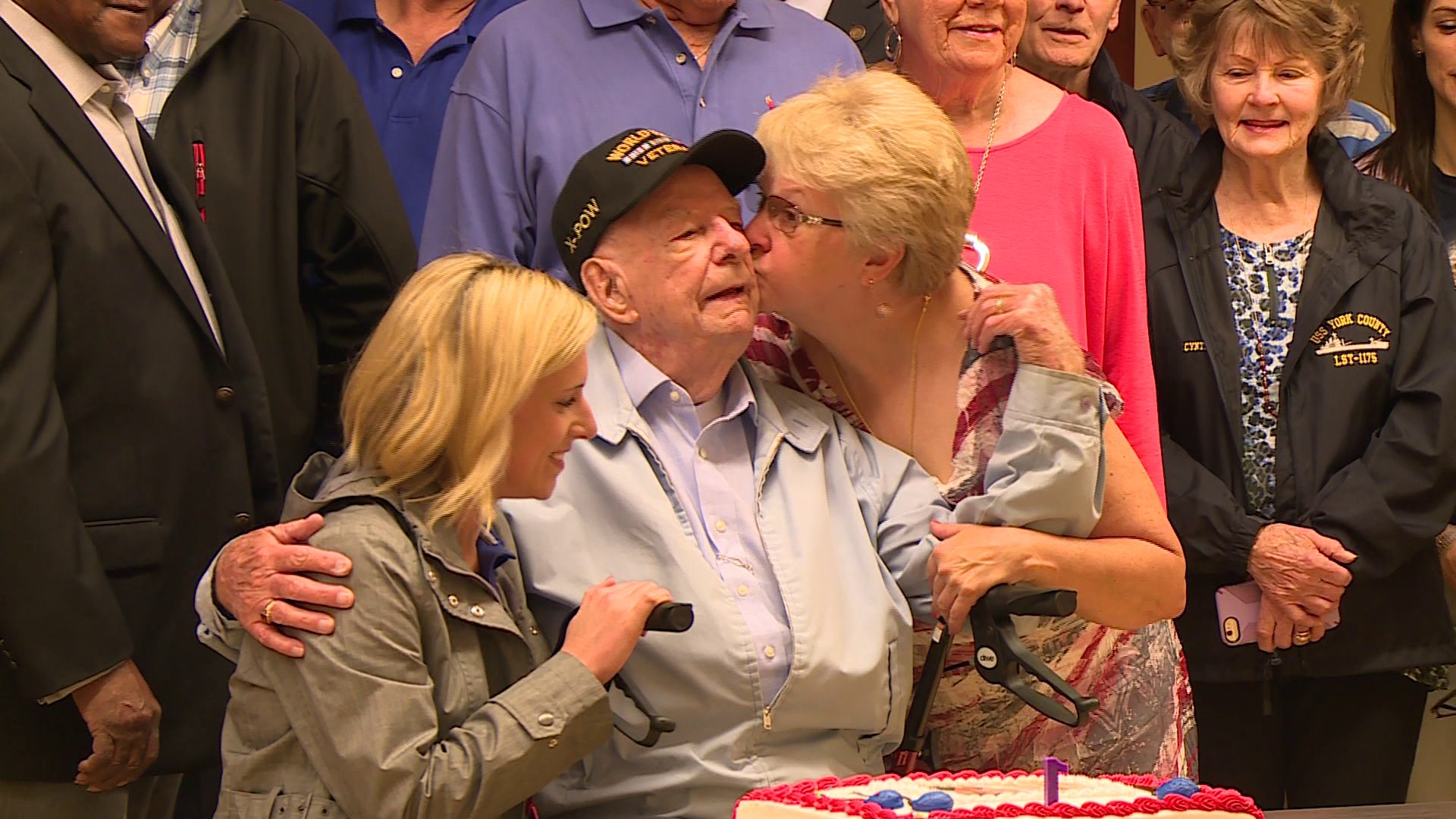 The veteran says he doesn't plan to slow down anytime soon.

“I'm just praying that I will be here for my 100th birthday,” Scott added with a laugh.

Saturday, Scott will take part in a World War II roundtable with a Pearl Harbor survivor and a pilot who flew on D-day. The talk will begin at 11 a.m. at the Virginia War Memorial.