HENRICO COUNTY, Va. -- Tuesday was signing day for some high school seniors in Henrico County. Instead of choosing the college for which they would play sports, these students made a different decision.

Inside of the Libby Mill Library, more than 100 students took part in the county's second annual Career and Technical Education letter of intent signing day. The goal? To recognize students entering the workforce.

The excited students were flanked by families, teacher, and future employers as they got their moment to shine.

Proudly donning their new hats and T-shirts representing their new job, student after student stepped into the limelight during the second annual CTE letter of intent signing day.

Kendall Fitz is among them.

The Highland Springs senior is focusing on physical therapy and sports medicine. She was joined by her future employer from Bon Secours. After high school, she will begin as an intern. As she works to complete her certifications, she will be considered for full-time employment.

"I’ve wanted to do physical therapy since I was 12. I’ve done competitive cheer leading for seven years. So, I've been around sports for a lot of years," Fitz said.

She and other students, like Jonathan Singh and Andrew Fuller, are excited that the county saw the importance of highlighting the contribution they will make to the community as they enter the workforce.

"It means a lot because you see football players and basketball players get their signing day. People that are not doing sports, they don’t get a lot of recognition. So, the fact that we are getting this recognition means a lot," Fitz added.

On CTE letter of intent signing day, Godwin Senior Jonathan Singh inched a little closer to his career goal of being a physical therapist. He signed with Mechanicsville company PERFORMANCE PT.

His future employer Brian Hyde, part owner of PERFORMANCE PT, was elated to stand by Singh's side during the event. He told the crowd why the partnership with Henrico School was so important. He explained that it allowed them to connect with many students who are driven and passionate about learning the business.

"They are excited to learn and they’re hungry. We tend to, if they're good at it -- we have an opportunity to help them develop and expand their love for a great career," Hyde said.

Andrew Fuller and his parents were also among the attendees at Tuesday's signing day. Fuller said he was excited because he committed to the Henrico Fire Department. Currently, the Freeman student is going through the EMT program. 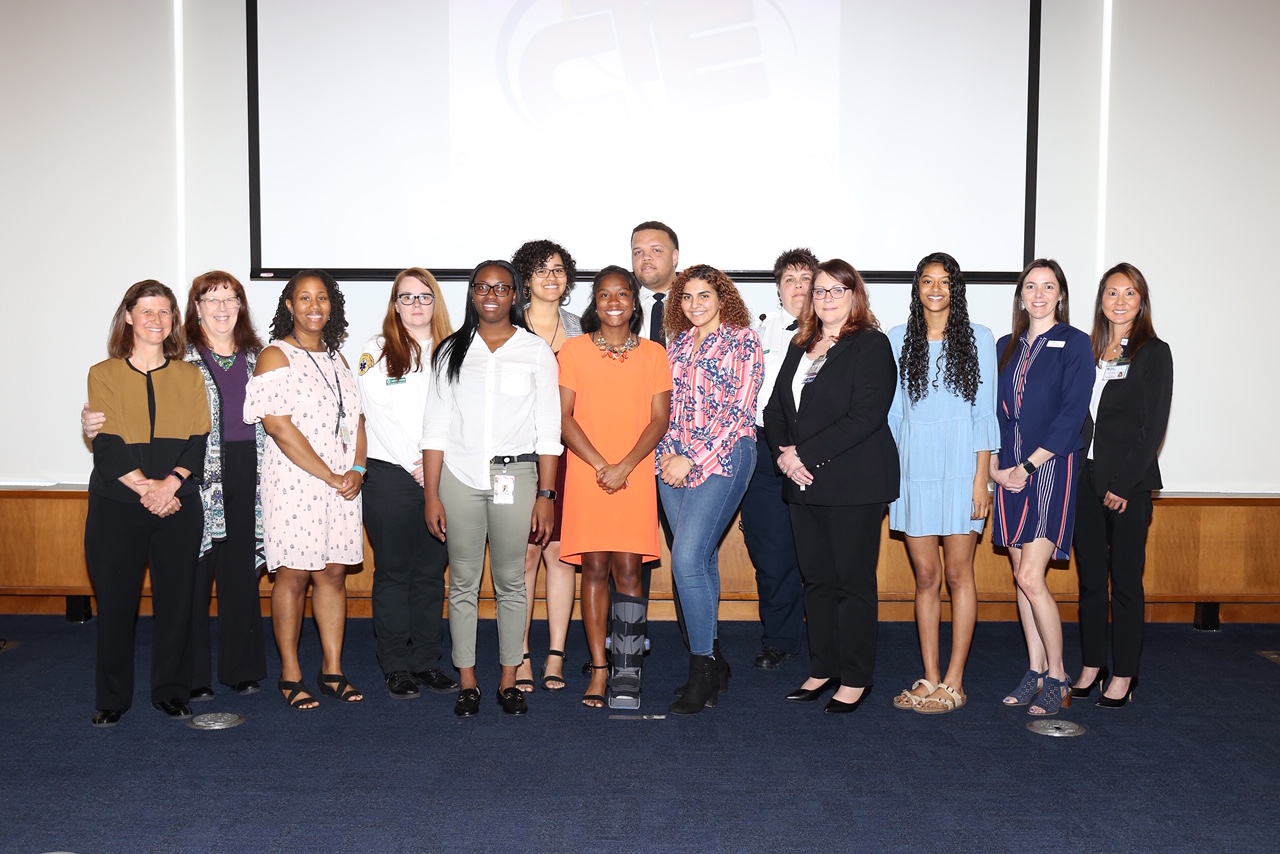 County Fire Marshal Henry Rosenbaum said it was exciting to see young, talented people rise through the ranks of the fire department. He has no doubt that will be Andrew's story. It's a long time dream.

"I have wanted to be a firefighter for Henrico County as long as I can remember. My grandfather was a firefighter there. I want to do it because I want to help people," Fuller said.

Rosenbaum noted that the moment was even more special because he got to sign Andrew on with the department as Andrew's grandfather Jack Bulls watched from the audience. The extra special part Rosenbaum said, is that in his early years as a firefighter he was assigned to a station and worked alongside Andrew's grandfather.

"Who would think that 35 years later I would be here signing up his grandson to become part of the Henrico Fire Department," Rosenbaum chuckled.

When speaking of his grandson, Mr. Bulls, who retired after 21 years of service, beamed with pride.

"I think he'll be great at it. He's a hard working boy. He sets his mind to do it and he does it right," Bull said.

Now, these excited students are eager to meet career challenges head-on land make their marks on our community.