Gabriel Valenzuela called the police station hoping an officer might be able to stop by to surprise his friend's police-obsessed son, Mason Sanchez, for his birthday.

Valenzuela was told the department would do their best to send an officer that afternoon.

In a video posted to Facebook, the family keeps the birthday boy and his friends waiting in the hall and then tells him to come out for a surprise.

“They came for your birthday,” Lorena Rodriguez, Mason's mom, says as the boy runs through the front door.

The boy runs into the arms of Officer Gonzalez before running to hug Officer Wells.
“Happy Birthday,” Officer Wells says.
“They came to wish you a happy birthday, Mas!” his mom says.

As the boy sees the police cruiser parked in the family’s driveway, he jumps up and down.

“How old are you now?” Officer Gonzalez asks.


Mason  started “admiring everything about police officers” over the past year, according to Valenzuela said.

In fact, he dressed up as an officer for Halloween last year.

“He calls them his fellow brothers and he can’t wait to grow up to be like one of them,” Valenzuela said.
Happy Birthday, Mason! And thank you, Officer Gonzalez and Wells! 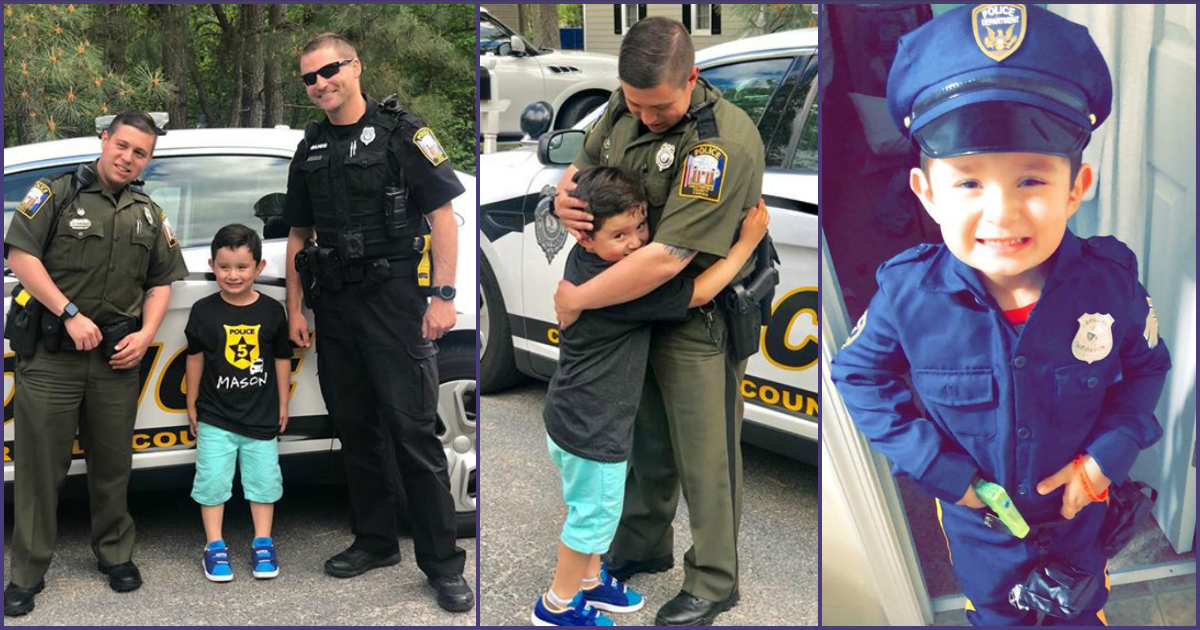