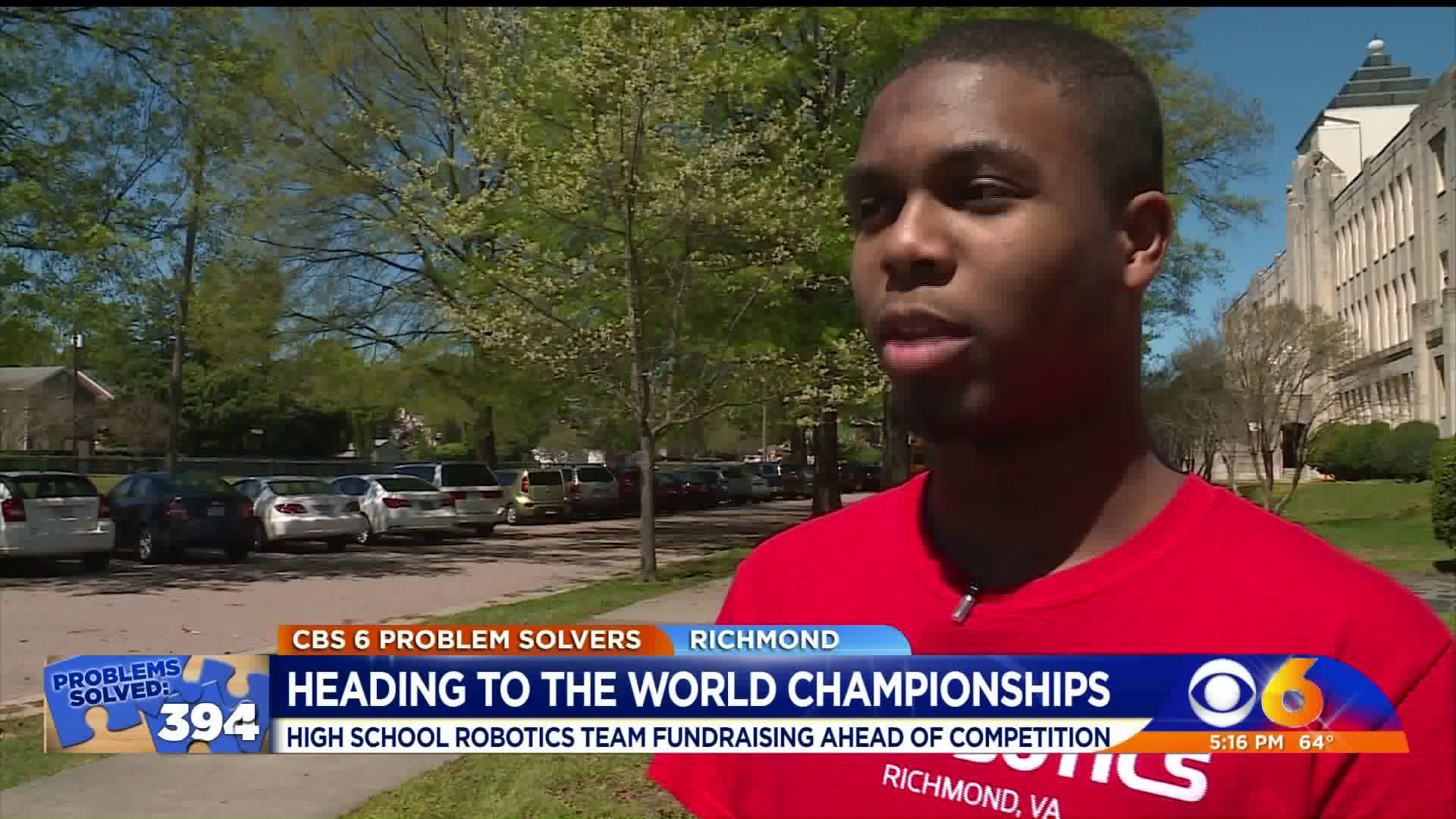 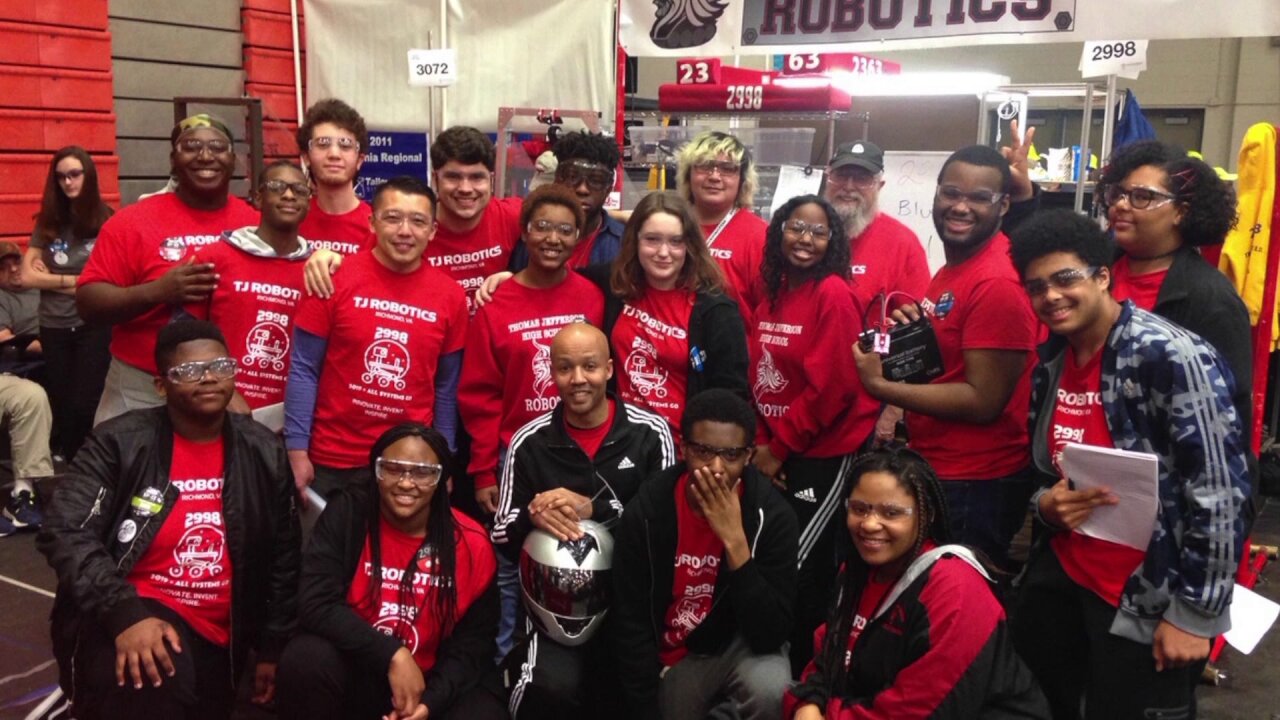 RICHMOND, Va. -- Innovate. Invent. Inspire. That’s at the core of what these Thomas Jefferson High School students are doing through robotics.Richard Branch is among them. He’s a member of the TJ Robotics team and is thrilled about their latest achievement.

“It feels amazing because TJ has never really been on top when it comes to robotics,” Branch said.Every single Saturday since the beginning of the year, Branch, Ben Skromne, Eddy Munoz and more than 20 others worked hard to prove they can be the best in science, technology, engineering, and math.

Munoz tells CBS 6 he’s in the driver’s seat every time the group hits the floor for a competition.

“I am the driver. I control the robot during competitions. I'm the one moving the robot and doing everything in the field,” Munoz said.In six weeks the team built their beloved robot -- Rosie The Riveter.

They placed second in the recent District competition held at George Mason University, competing in a field of 58 schools from Virginia, D.C., and Maryland.

That feat qualified the team to compete in the First Robotics World Championship Competition in Detroit, Michigan next week.“It gives us a great opportunity to show that we, TJ as a team are strong and we can make it no matter what, even if we are the underdogs,” Munoz added.

Team member Ben Skromne said it really is an opportunity of a lifetime.“The name value of being able to attend the world championship will help us in future years, especially towards reaching out to potential new sponsors. It is just an eye-opening experience,” senior Ben Skromne said.

He knows the joy has been overshadowed by one worry. The inner city robotics team doesn’t have the funds. They found out a few days ago that they qualified for the event and now there’s only a week or so left for the Thomas Jefferson Robotics team to try and raise the money.

It's why moms Dina Weinstein and Sydni Jaemes are spreading the word about a GoFundMe and the school’s TJ Vikings Fund. The latter is a non-profit arm of the school that is also accepting donations to help with the trip.The parents and students hope their Thomas Jefferson High School’s Cinderella story will capture the hearts of those in the community and compel them to help. To make a tax-deductible donation to the non-profit TJ Vikings Fund,click here.

“Right now we are looking for $15,000 to get them there. We know we have businesses around here that might help. You know, not many people think these RPS kids could do something like this. Make it to the world championship. But we did it and without the resources,” Jaemes said.

This is the first time in recent memory that a Richmond City school robotics team has made it to the world stage. The teens hope the robotics work they’ve done will inspire more students to get involved and consider joining the team.

They also want to send a message to the community.

“No matter where you come from, and no matter how far on the bottom you are, you can always reach success if you try your hardest,” Branch said.

In addition to Thomas Jefferson High School, three other area teams also qualified for the world championship tournament. They include L.C. Bird, J. R. Tucker, and Deep Run High Schools.Good luck to all of the teams!