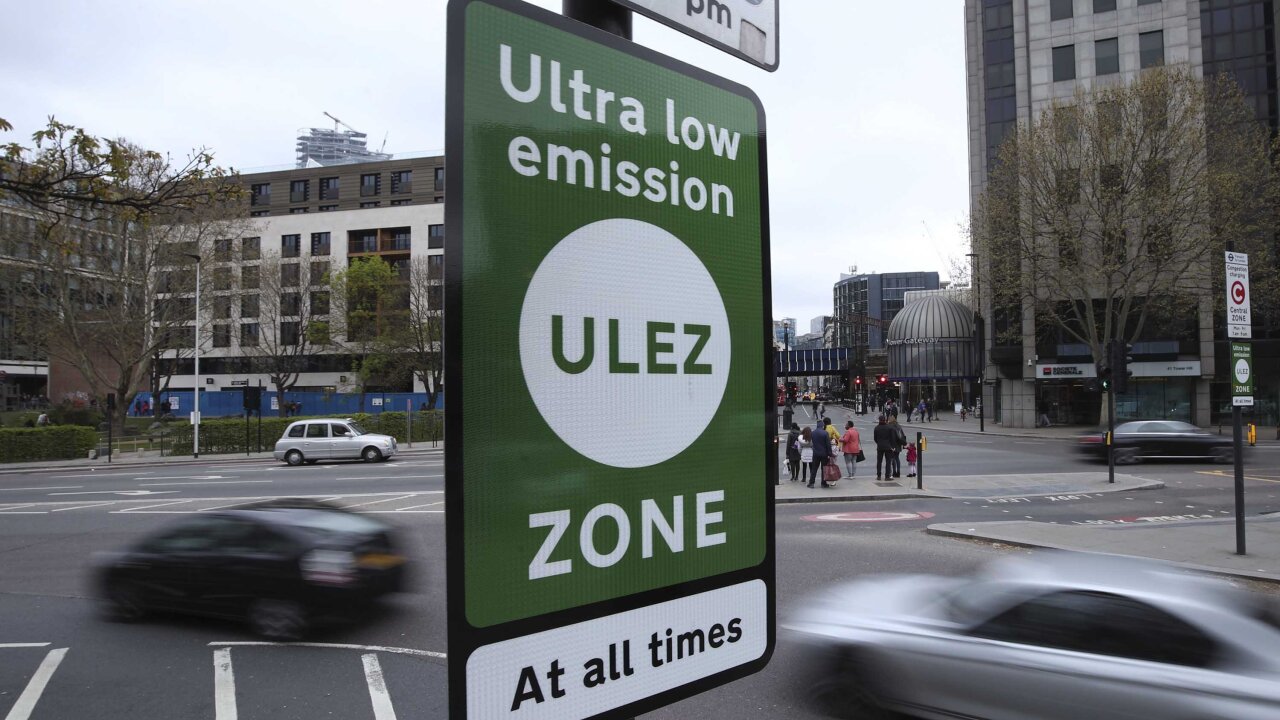 London is the first city in the world to implement a 24-hour, seven day a week Ultra Low Emission Zone, inside which vehicles will have to meet tough emissions standards or face a charge.

Monday’s introduction of the zone, known as the ULEZ, aims to reduce toxic air pollution and protect public health, according to a press release from the office of Sadiq Khan, mayor of London.

Vehicles are responsible for around half of harmful nitrogen oxide air emissions in the British capital, contributing to a toxic air health crisis that increases the risk of asthma, cancer and dementia as well as causing thousands of premature deaths every year, the release says.

“This is a landmark day for our city. Our toxic air is an invisible killer responsible for one of the biggest national health emergencies of our generation,” Khan said in the statement.

“The ULEZ is the centerpiece of our plans to clean up London’s air — the boldest plans of any city on the planet, and the eyes of the world are on us.”

Under new rules introduced April 8, polluting vehicles will be discouraged from entering the ULEZ thanks to a daily charge of £12.50 (around $16) for some cars, vans and motorbikes and £100 ($130) for trucks, buses and coaches. The zone will cover the same area as the existing Congestion Charge — collected from drivers in the city center — until 2021, when it will be expanded to cover the area between the major orbital roads known as the North and South Circular.

The ULEZ is the next stage in a plan to clean up London’s air, which started with the so-called T-charge — an extra charge for highly polluting vehicles in the city center — introduced in February 2017. Since then, the number of vehicles entering the zone has fallen by around 11,000 per day, according to official figures, and there has been a 55% increase in emissions-compliant vehicles in the zone.

London’s famous red bus fleet is also being updated as part of these efforts, and all 9,200 vehicles will meet or exceed ULEZ standards by October 2020, according to the mayor’s office.

As things stand, some 2 million Londoners live in areas where nitrogen dioxide levels are above legal limits set by the European Union. However, these measures will ensure that air pollution will meet legal requirements in six years, according to an analysis by academics at King’s College London.

“This is also about social justice — people in the most deprived parts of London, who are least likely to own a car, suffer the worst effects of harmful air pollution.”

“Air pollution can have major health implications on the developing child, with early exposure proven to increase the risk of asthma and lung infections, and these can be life-threatening,” said Professor Jonathan Grigg of the Royal College of Pediatrics and Child Health in the press release.

However, a November 2018 study questioned the effectiveness of low-emission zones introduced in 2008, finding no evidence of a decline in the number of children with reduced lung capacities or asthmatic symptoms since the implementation of the low emission zones in London.

And Daniela Fecht — a lecturer in geospatial health at Imperial College London, who worked on a study looking at asthma and air pollution in the city on behalf of the Greater London Authority — told CNN the ULEZ is expected to bring benefits, but results should be closely monitored.

“The ULEZ is a very good initiative which is needed to bring down traffic-related air pollution levels in London,” Fecht said in an email.

“The effectiveness will have to be carefully evaluated as previous schemes both in London and internationally did not bring down air pollution concentrations as much as expected due to various factors.”

Fecht says she believes the benefits will be felt even by those who do not live or spend a lot of time in the ULEZ, particularly vulnerable populations such as children going to school in central London; individuals with pre-existing health conditions that are worsened by air pollution; and people working, traveling through or exercising in inner London.