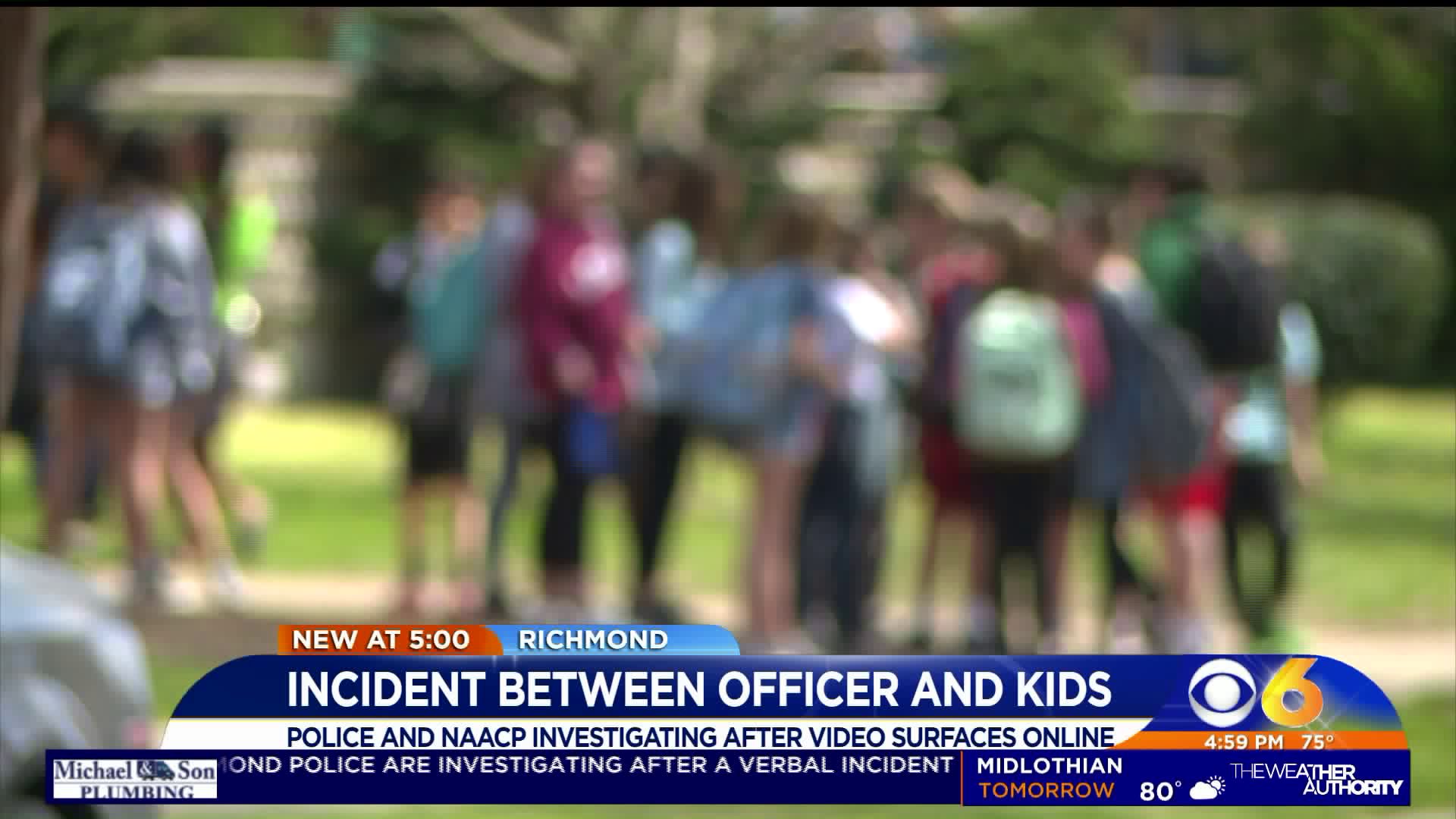 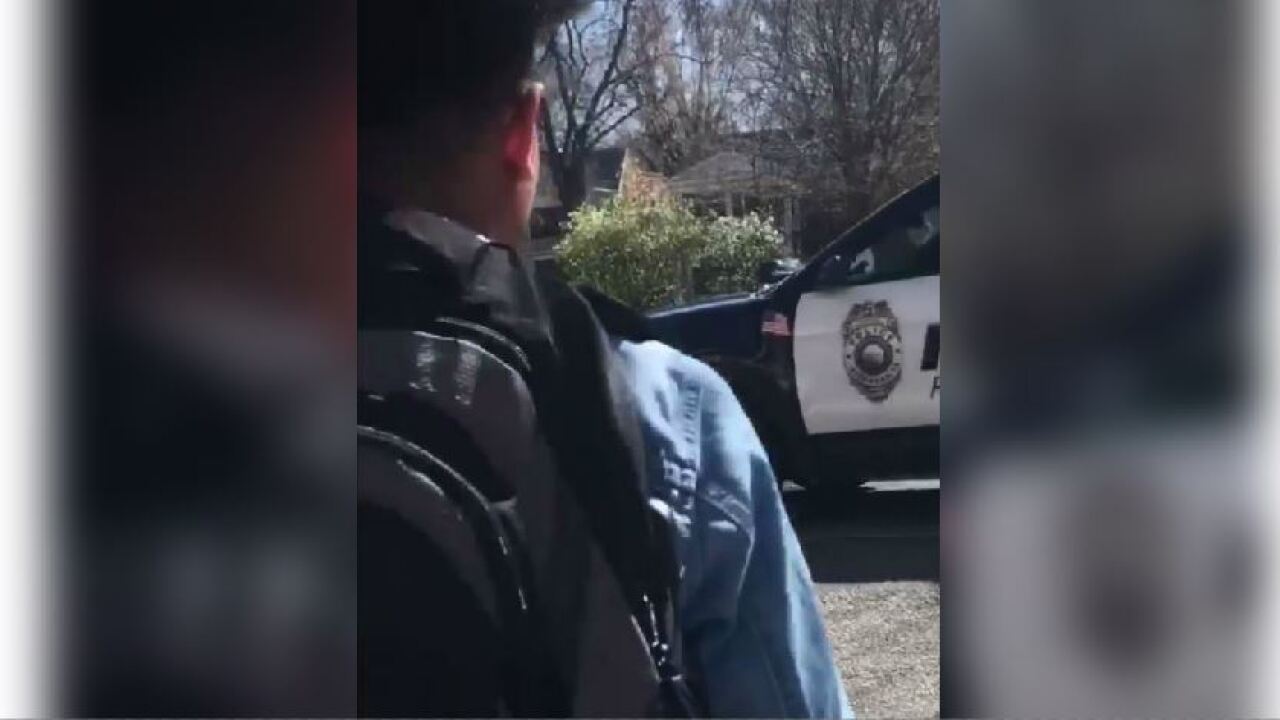 The mother of one of the students said the officer initially drove past the students, who were standing outside waiting for an after-school program to begin.

The officer, she said, stopped and questioned the group about something he apparently heard them say.

That's where the video picks up.

"Even if we did say that, that's our choice of words," a female student is heard saying in the video.

"Just wait till your asses turn 18," a voice off camera replied "Then you're mine."

The officer is then seen driving off.

"The Richmond Police Department is aware of the video," a Richmond Police spokesperson said. "We take these concerns very seriously. The officer in the video is currently being investigated by our Internal Affairs Division. There are no further details at this time."

Tenesha Calloway, whose 14-year-old daughter was part of the group outside the school, said she was disgusted by what she saw in the video.

"These are children. If it's a teachable moment [for the officer], do that. Don't react emotionally," she said.

She said, in her view, it was an example of an authority figure speaking down to "black or brown children."

"What does he mean behind 'your ass is mine?'" she continued. "These children did not deserve to be spoken to in that manner."

The Richmond Virginia Branch NAACP also said it was aware of the video and investigating the incident.

"Knowing that the police are making idle threats to [children] is unsettling," Calloway continued.

"This type of behavior will not be tolerated by any employee of the City of Richmond," the mayor said. "I trust that the Richmond Police Department will conduct a quick and thorough investigation and respond accordingly. This behavior is unacceptable. It reinforces stereotypes of our communities that are hurtful and damages the relationship between our police department and the citizens they are charged to serve."