Why just became easier for employers to dump retirees’ pensions 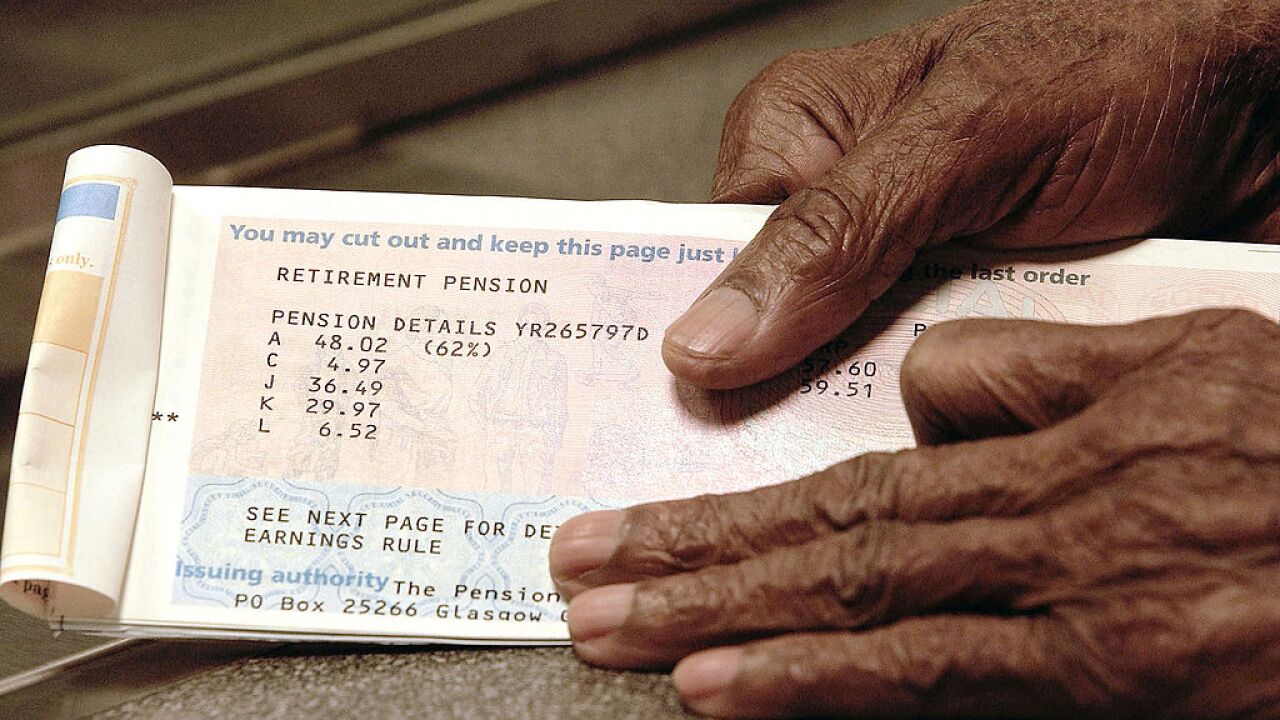 LONDON – FEBRUARY 27: An elderly man handles in his pension book at the post office February 27, 2003 in London. Although employees’ contributions to pensions have risen by about 25 percent, he UK faces a pension crisis as employers have justified higher investment costs against contributing to pensions. Trade unions have become very concerned following the closures of many plans that would have guaranteed a fixed income upon retirement. (Photo by Graeme Robertson/Getty Images)

Traditional pensions are disappearing in America, and the federal government just made it easier for employers to get rid of them.

With no fanfare in early March, the Treasury Department issued a notice that allows employers to buy out current retirees from their pensions with a one-time lump sum payment. The decision reverses Obama-era guidance, issued in 2015, that had effectively banned the practice after officials determined that lump-sum payments often shortchanged seniors.

Now, advocates for the elderly worry that millions of people receiving monthly pension checks could be at risk.

“Permitting plans — for their own financial benefit — to replace joint and survivor or other annuities with lump-sum payments will reduce the retirement security of both workers and their spouses,” AARP Legislative Counsel David Certner said.

Since the 1980s, employers have shifted away from offering defined-benefit pensions, which provide a guaranteed monthly income for as long as someone lives in retirement. Instead, employers now favor 401(k) accounts, a finite pot of money that becomes available at age 59.5.

Pensions, which are insured by the federal Pension Benefit Guaranty Corporation in case employers go bankrupt, still cover 26.2 million people across 23,400 single-employer plans. But that number has been shrinking faster than it would naturally as companies close their plans to new hires.

Here’s why: Pensions are big liabilities for companies, which Wall Street ratings agencies don’t like. To remain solvent, pension funds depend on their investments in bonds, stocks and other securities, but recent swings in financial markets serve as a reminder that positive returns are not a sure thing. Pensions are also expensive to maintain. The premiums the PBGC charges per covered employee have more than doubled over the past decade as part of a budget gimmick to fill other government revenue holes.

“Healthy companies throw up their hands and say, ‘why do we bother?'” said Annette Guarisco, president of the ERISA Industry Committee, which represents large employers around regulation of employee benefits. “Because companies are now competing with other companies that don’t offer these benefits to their workers, it becomes a cost that they have to question whether they have the ability to maintain.”

The rise of lump-sum buyouts

Federal law gives employers an out. Companies can offload their pension obligations to the private sector by purchasing an annuity plan for each retiree from an insurance company. Or, for an even cheaper option, they can offer their employees a lump sum up front according to a formula that approximates how much a retiree would receive if they lived an average number of years.

In the insurance world, this strategy is known as “de-risking,” because it transfers pension risk from the company’s balance sheet to an insurance company and to retirees. The lump-sum option became particularly popular starting in 2012, when changes enacted in a 2006 law that made them more financially appealing took full effect.

Ford and General Motors pioneered the practice of offering buyouts to their tens of thousands of current retirees, rather than just those on the cusp of retirement. The insurance firm Willis Towers Watson estimated that about 200 businesses, including big companies like Sears and JCPenney, offered lump sum buyouts that year.

For retirees, taking a lump sum is entirely voluntary. However, behavioral economists have found that people tend to value money that’s right in front of them over money they will get in the future, even if the total over time would be greater. Plus, retiree advocates say that most people aren’t well-equipped with the advanced financial knowledge needed to fully evaluate their options, and often, they’re pressured by family members.

A 2017 study by MetLife found that one in five retirees who took lump sums spent them down within five and a half years, and nearly a third regretted using large chunks of the money for short-term needs like home improvements.

“People get blinded by the amount of money,” said Bill Kadereit, president of the National Retiree Legislative Network. “‘We’ll offer you $400,000,’ and they’re age 65. It’s not that much money at all. But they don’t think about it that way.”

A losing deal for retirees

In 2015, the Government Accountability Office issued a report finding that the rules the IRS had set up around mortality tables and interest rates allowed companies to offer lump sums at a significant discount to the actual value of the pension. Retirees who tried to reinvest the lump-sum payments would almost inevitably lose out — especially women, who tend to live longer than men and are more likely to run out of money in retirement.

But there was no requirement that companies disclose the imbalance, and retirees were taken in by promises from financial advisers that they could do a better job with the money.

“You’ll never be able to replicate the annuity you’re getting from the pension plan,” said Karen Friedman, policy director of the Pension Rights Center. “You’re getting 20% to 30% less than what the pension could buy, and you’re going to try to regain that in the stock market, it’s basically impossible.”

In 2015, after experts and advocates raised these concerns, the Treasury Department announced that it planned to write additional rules around lump-sum buyouts that would be retroactive to the date of the notice. That effectively put an end to the practice of offering lump sums to people who have already retired (offering them at the outset of retirement remained kosher). That is, until March 6, when the Trump administration’s Treasury said it didn’t plan to issue the rules after all.

That move could unleash a torrent of new lump-sum offers. As soon as the notice was issued, legal and financial services firms sent out notices to their clients advertising the benefits of the strategy, and there’s been a lot of interest.

“The phones are ringing,” said Wesley Wickenheiser, a principal with the benefits consultant Findley. “Anywhere from smaller clients from around the country to those with many many thousands of retirees.”

Josh Gotbaum served as director of the PBGC from 2010 until 2014, and lobbied for tighter rules around lump-sum buyouts. He’s frustrated by what he calls the “general scandal” of Congress incentivizing companies to get out of their pension obligations — firs by allowing companies to present retirees with an option that isn’t as good as it looks, and then by increasing the incentive to do so by raising PBGC premiums.

“You’re taking a group of people who are retirees who are already living their lives on a pension, and you are saying to them, ‘here, instead of the pension, why don’t you take this big check,’ and they don’t bother to tell them that this big check is worth less than your pension,” Gotbaum said. “And that’s what Treasury said you can go back and do.”