RICHMOND, Va. -- Visitors can order an extra helping of the Commonwealth’s culinary past at the Library of Virginia.

It’s a buffet that makes historians salivate and daily specials that date back decades.

“If you look at this, it's eye-catching and interesting. We have a Christmas menu from Miller & Rhoads,” said Dana Puga with the Library of Virginia. “So here we have a placemat for Flying Saucer restaurant.”

The library's collection features hundreds of menus, placemats and matchbooks from the River City to Roanoke.

“Sometimes I explain what I do to people and they’re like, 'Wait, you spend your day going through menus and poster and fun graphic things all day?'" Puga said. "Yup, pretty much." 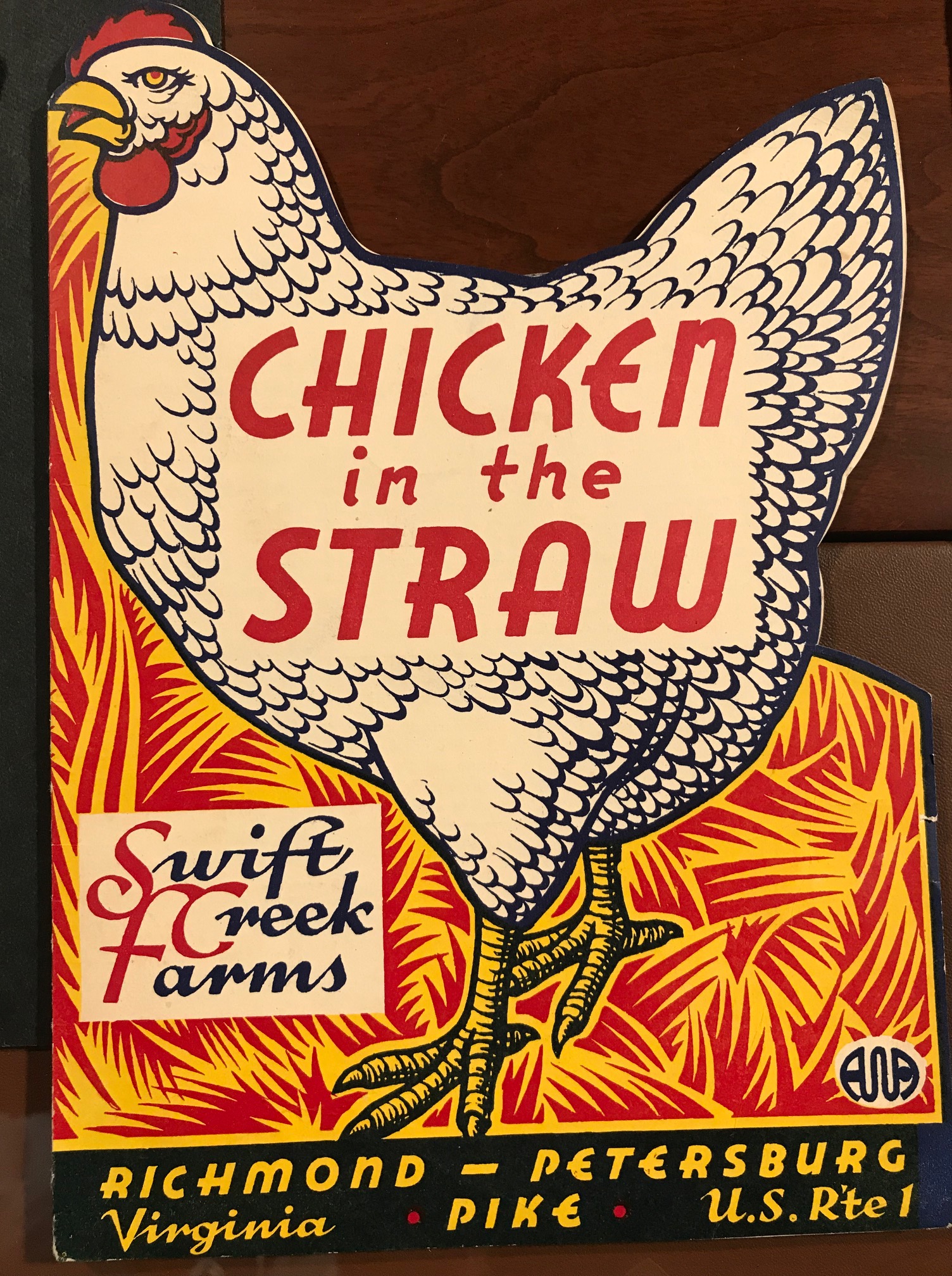 One of the rarest items in the collection is a hand-written 1847 menu from the Powhatan House Hotel on Broad Street.

“This is very interesting for us because it does have the date written on it,” Puga explained.

The items make up part of the Library’s vast ephemera collection, which Visual Studies Coordinator Dale Neighbors said is never meant to be preserved.

“A little bit of everything. There is more interest in this material than there used to be,” Neighbors said. “Often these pieces are quite unique. They may be the only one that exists.”

The collection is a snapshot of Virginian’s changing taste buds and prices.

Many of the eateries like Stanley Stegmeyer’s on Broad Street or Petersburg’s Chicken in the Straw have disappeared and now only exist only on paper.

For Puga the collection is personal. In fact, while documenting the items she made an astounding discovery: An artifact from her late-grandfather’s first restaurant, Quick Lunch in Quantico, from the 1930s.

“I never knew anything about it, so to see it sitting on my desk was a big surprise. It came in a huge box of matchbooks from a dealer," Puga said. “It is a way of connecting me to who he was because we never met.”

At her grandfather’s second location Puga’s parents would meet for the first time, which makes the artifact a priceless connection to her past.

“So, if he didn’t have the restaurants I wouldn’t even be here so,” Puga said.

Food may bring people together, but at the Library of Virginia their menu collection will leave you hungry for history.

“It's interesting because you don’t expect things like this to last,” Puga added. “It is valuable for people to save. They’re part of our cultural fabric and they’re preserved here for the future.”

Like inspiring stories? Watch CBS 6 News at 11 p.m. Fridays for Greg McQuade’s powerful “I Have A Story” reports. If you know of someone Greg should feature in his “I Have A Story” features email him at gmcquade@wtvr.com.