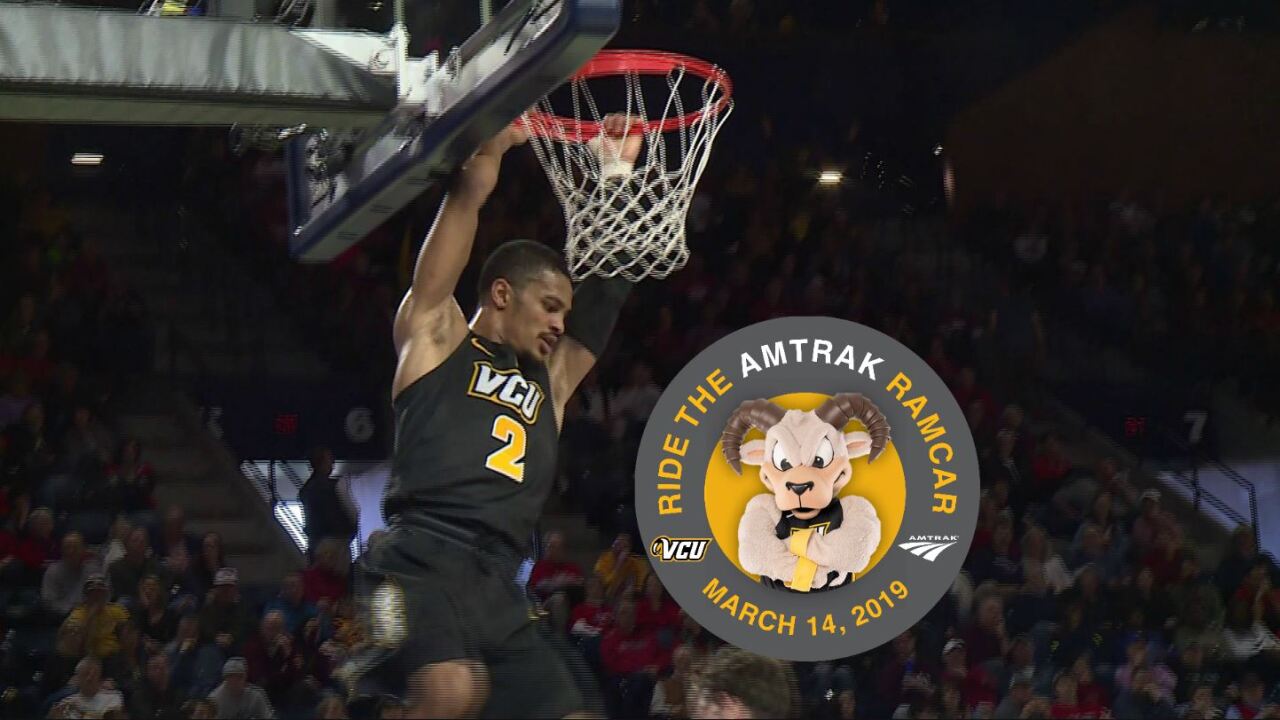 RICHMOND, Va. — VCU Rams fans now have a school-spirited option when deciding how to travel to the A-10 Basketball Tournament in Brooklyn. The RamCar will be an Amtrak train car dedicated  to VCU basketball fans.

“[The RamCar will] be filled exclusively with VCU fans and school spirit to cheer them on to the big tournament,” a spokesperson said. “A Ramcar Pep Rally will take place at 7:30 a.m. at the Staples Mill Station where The VCU Peppas band and cheerleaders will send off Rodney and friends on their ride to New York City.”

The train will leave Amtrak’s Staples Mill Station in Henrico at 8:25 a.m. on Thursday, March 14. The RamCar is only in effect on the ride to New York since fans will be leaving the tournament at different times depending on their schedules.

VCU will be the #1 seed when the A-10 Basketball Tournament tips off Wednesday, March 13.

VCU will play its first game Friday, March 15 at Noon.