RICHMOND, Va. -- Federal funding to rehabilitate the aging Mayo Bridge in Richmond has been secured, according to city officials. CBS 6 learned of the project after a cornered viewer sent pictures of a section underneath the bridge where chunks of concrete appear to have fallen off.

The Mayo Bridge crossed the James River in downtown Richmond, connecting Shockoe Bottom and Manchester. Built in 1913, thousands of modern vehicles cross the bridge on 4-lanes of roadway each day.

A viewer who was walking along the flood wall trail near the James noticed the damage last week. The viewer asked the CBS Problem Solvers if the city was inspecting the bridge and what steps were being taken to fix it.

“Honestly, I kind of got a little worried about walking back across this bridge,” said Theodore Hope, who had not seen the damage but walks across Mayo several times a week. "I believe that should be fixed.”

According to city engineer, the damage is known as “spalling,” which amounts to the deterioration of concrete over time. Spalling is a common occurrence on older bridges, officials said, but it does not impact the structural integrity of the bridge. 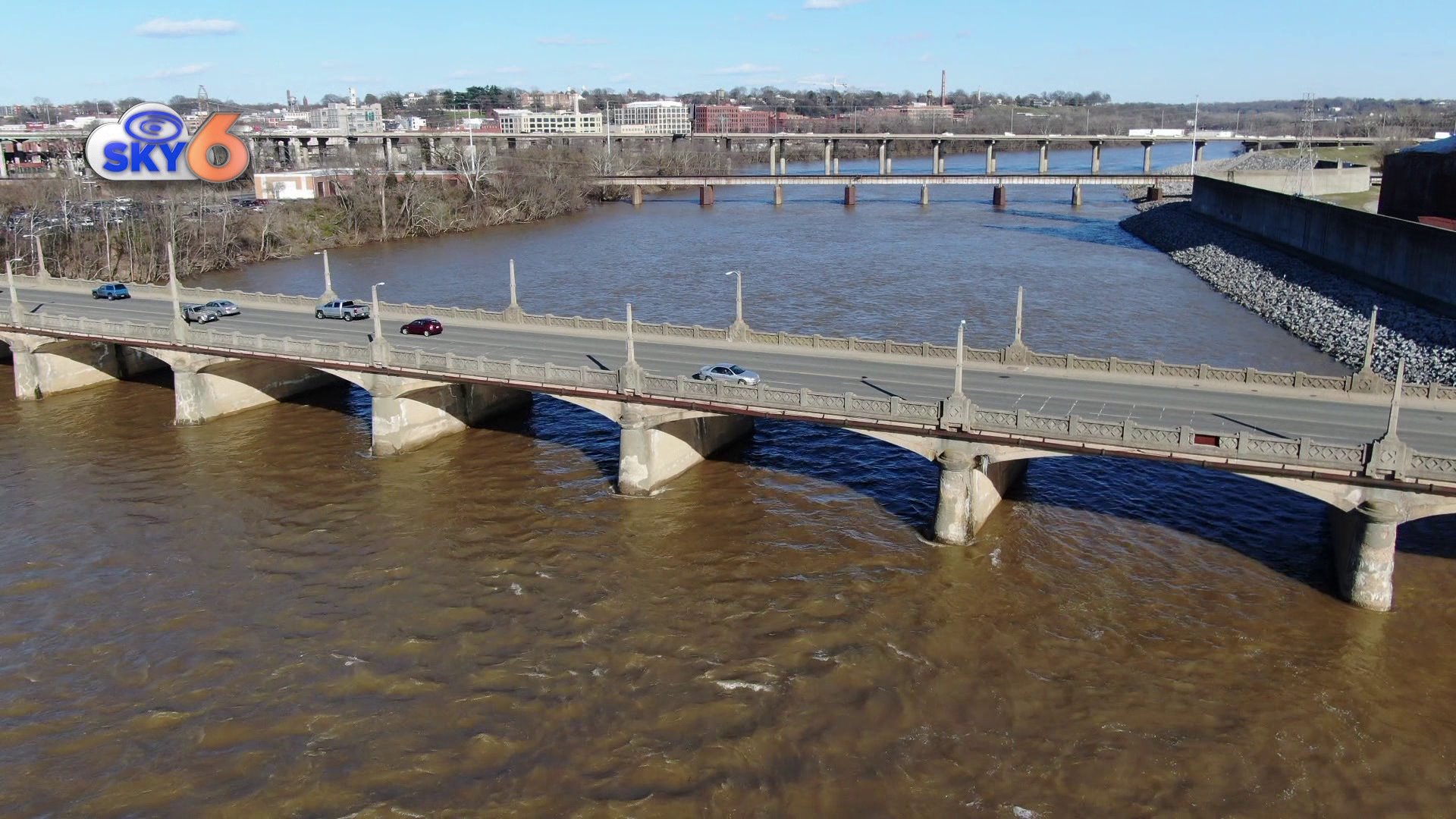 After an initial request for information by CBS 6 last week, city officials said an engineer examined the bridge and determined it was safe. A spokesperson for the Department of Public Works said crews were already aware of the damage and are in the final stages of hiring a contractor to fix the spalling on that section of the bridge.

Like hundreds of bridges in Virginia and thousands nationwide, the aging Mayo Bridge is listed as “structurally deficient.”

The term does not imply that a bridge is seriously unsafe or likely to collapse, according to a trade publication. It means that the structure has cracks, damage, wear, or other problems that if not monitored or fixed, could become worse and lead to failure in the future, Bridge Masters Inc. reports.

A DPW spokesperson said the city has secured federal funding to further “rehabilitate” the Mayo Bridge and alleviate some of those structural deficiencies. The $8 million project is scheduled to begin in 2021, DPW said.

Hope said he for him the fix of the spalling on the Mayo Bridge needs to come sooner rather than later.

"I don’t think this is getting finer like wine, you know what I’m saying?!” Hope said.