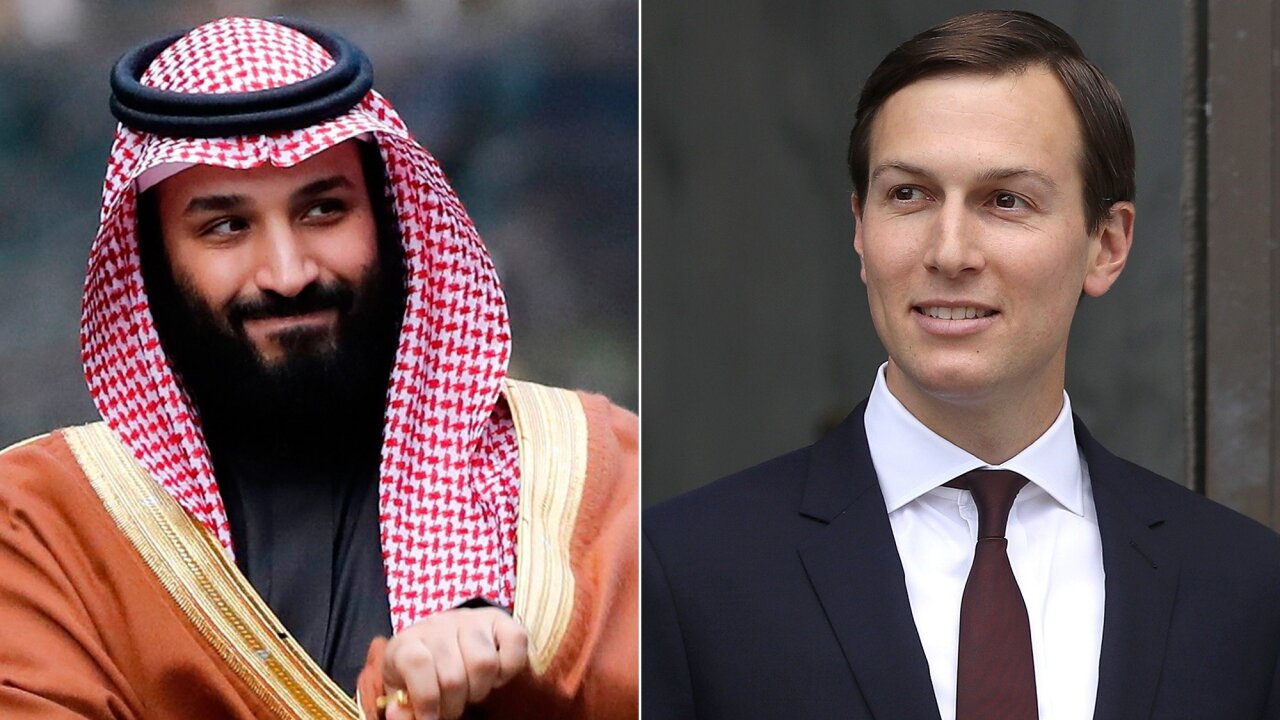 Crown Prince Mohammed bin Salman, who sources have told CNN the CIA assesses with high confidence ordered Khashoggi’s murder, met Kushner along with his father King Salman to discuss US-Saudi cooperation, the Israeli-Palestinian conflict and economic investment in the region according to a readout of the meeting released by the White House.

The readout — issued a day after the meeting and minutes after Trump’s former attorney and fixer Michael Cohen began testifying before Congress — does not mention Khashoggi, a columnist for the Washington Post who was lured to the Saudi consulate in Istanbul in a premeditated attack.

The father of four was set upon by a team of men from bin Salman’s inner circle, killed and dismembered.

The timing of the White House statement and its omissions seem designed to draw attention away from the charged issue of Khashoggi’s murder. Trump’s refusal to condemn Riyadh for the killing and his dismissal of the intelligence has riled Congress and infuriated even his closest allies there. It’s given lawmakers a rare focus for bipartisan unity and led to unprecedented debate about the strategic value and costs of the US-Saudi alliance.

Kushner, who is married to Trump’s daughter Ivanka Trump, has come under particularly close scrutiny for cultivating close ties to the powerful Saudi crown prince, even before reports emerged that he operated behind the scenes to mitigate the fallout from Khashoggi’s murder.

As the White House press office issued the 90-word statement, Cohen had begun potentially pivotal testimony before the House Oversight Committee that riveted much of Washington.

Cohen detailed Trump’s involvement in hush-money payments to women he’d allegedly had affairs with; the President’s awareness that his longtime confidante Roger Stone was reaching out to WikiLeaks in an effort to undermine the campaign of his opponent Hillary Clinton; and Trump’s knowledge that his company was pursuing a project in Russia well into the 2016 election.

The President has, at one point or another, denied knowledge, awareness or involvement in these issues.

Trump’s son-in-law is touring Gulf countries to brief allies on the administration’s proposal for an Israeli-Palestinian peace deal, which they hope oil-rich Saudi Arabia and its neighbors will support. Kushner’s stops include the United Arab Emirates, Bahrain, Oman, Saudi Arabia and Qatar.

Kushner is making a stop in Turkey, but is not visiting Jordan, which shares a border with Israel, has a high Palestinian population and whose king has oversight over the holy Muslim sites in Jerusalem.

Riyadh has maintained that neither bin Salman nor his father King Salman knew of the operation to target Khashoggi. Kushner, along with other White House officials, have sidestepped the question of bin Salman’s culpability and repeatedly insisted that the Kingdom is too important a strategic partner — on the Israeli-Palestinian conflict and in countering Iran — to rush to punish.

“We have to be able to work with our allies, and Saudi Arabia has, I think, been a very strong ally in terms of pushing back on Iran’s aggression,” Kushner said in an October interview with CNN’s Van Jones.

“The Middle East is a rough place. It’s been a rough place for a very long time,” Kushner said, adding that, “We have to be able to pursue our strategic objectives. But we also have to deal with what is obviously a terrible situation.”

Administration critics say the White House has done little to “deal with” the Khashoggi murder and Congress has churned out a series of measures to push for action, often focusing on the 35-year-old crown prince as a destabilizing force in the region as well as his alleged role in Khashoggi’s murder.

A bipartisan group of senators introduced legislation in 2018 that would have pared pack US support for the war in Yemen and require sanctions on all those involved in Khashoggi’s killing. The Republican-led Senate also passed a resolution assigning blame for Khashoggi’s murder to the crown prince and demanding that the US pull back from Yemen.

The stand-off between Congress and the White House over Saudi Arabia isn’t likely to end soon.

In February, Trump missed a congressionally-mandated deadline to determine whether bin Salman is responsible for Khashoggi’s killing and report the findings to Congress as well as any decision to impose sanctions.

Pompeo responded to criticism from lawmakers that the administration is not doing enough in response to the murder of Jamal Khashoggi. “America’s not covering up for a murder,” Pompeo said during remarks in Budapest, Hungary. The secretary added, “The president’s made very clear, couldn’t have been more clear, as we get additional information, we’ll continue to hold all of those responsible accountable.”