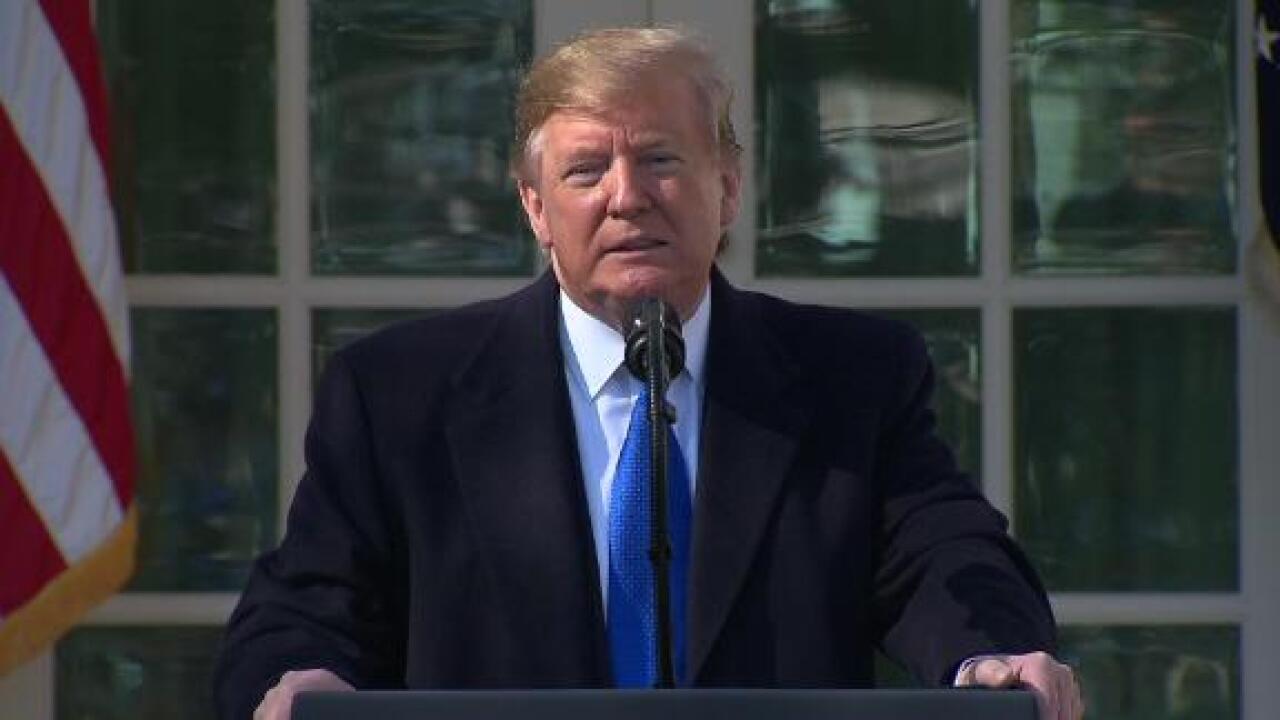 On Tuesday, House Republicans will take a crucial vote that will mark what the party is becoming at this crossroads in American history. President Donald Trump has invoked national emergency power to secure federal funds for a wall that Congress refused to pay for. He has done so based on an alleged crisis at the border that almost no reputable expert agrees is real.

“The President’s actions are at odds with the overwhelming evidence in the public record, including the administration’s own data and estimates,” proclaimed 58 prominent ex-national security officials who oppose what the President is trying to do. They made this assertion — to be entered into the Congressional Record — in a 13-page joint statement issued Monday.

Even some Republican loyalists understand that if President Trump takes this step to finance a border wall, future presidents in both parties will have sufficient justification to enact policy to tackle their goals, including initiatives on climate change, without congressional support.

Congress has the power to stop President Trump if it wants to; it doesn’t need the courts to step in. If the House and Senate vote for a resolution revoking this use of emergency power, with sufficient votes to override an expected presidential veto, Trump has to back down. Under the National Emergencies Act of 1976, Congress gave itself the power to restrain the president.

But President Trump is tweeting out warnings to his fellow Republicans. “I hope our great Republican Senators don’t get led down the path of weak and ineffective Border Security,” he tweeted Monday morning. In a follow up, he asked: “Why on earth would any Republican vote not to put up a Wall or against Border Security. Please explain that to me?”

The good news for President Trump is that the odds are on his side. Most Republicans won’t go along with Speaker Nancy Pelosi or Senate Minority Leader Chuck Schumer. Although a handful of Republicans have indicated they opposed the emergency declaration, most have not. The Democratic-controlled House is expected to pass legislation reversing Trump’s emergency order, but it is not even likely that the resolution will make its way through the Senate, where the Republicans hold power.

This vote is the latest in a series of critical moments since January 2017 in which congressional Republicans have shown themselves to be the foundation of the Trump presidency rather than passive bystanders. Republicans have made active decisions that strengthened the President’s hand or allowed him to use his authority in unprecedented fashion because it seemed to serve their political interest.

When Republicans did not censure President Trump after his stunning failure to fully condemn the neo-Nazis in Charlottesville, the party showed that it had the President’s back. When the party ended his controversial first year by voting in favor of Trump’s massive corporate tax cut, it handed him a crucial legislative victory at a key point in his presidency — one that greatly improved his standing with the Republican electorate.

When then-House Intelligence Committee Chairman Devin Nunes released a memo making pointed accusations about the motives of the FBI, he and the Republicans on his committee joined in on the President’s ongoing assault on law enforcement institutions — an apparent attempt to discredit the investigations into his campaign and presidency.

Most recently, the Republicans allowed President Trump to shut down the federal government for the longest period in American history, even though the Senate had reached an agreement over the budget, so that the administration could score political points with the base. Government workers went without pay so that the party could start setting up for the 2020 campaign.

In announcing the deal to reopen the government, Senate Majority Leader Mitch McConnell announced his support for the President turning to emergency power — only days after expressing his staunch opposition to such a move.

This week’s vote might be the most important of all these enabling moments. If the Republicans don’t vote to stand between Trump and this aggressive use of presidential power, they are giving consent to the President to unilaterally siphon money from programs that Congress has funded into a program that Congress refused to support.

Republicans are increasingly erasing any daylight between themselves and President Trump, and it may be about to happen again. This is his party, and more importantly, this practice has been an active decision by Republican elected officials.

When Trump’s presidency is over, Republicans will spend many years reckoning with the decisions they have made. Their voting record, their silence and their statements of support will all be in the history books and they will continue to redefine the party of Lincoln and Reagan, which has become the party of Trump, for decades to come.