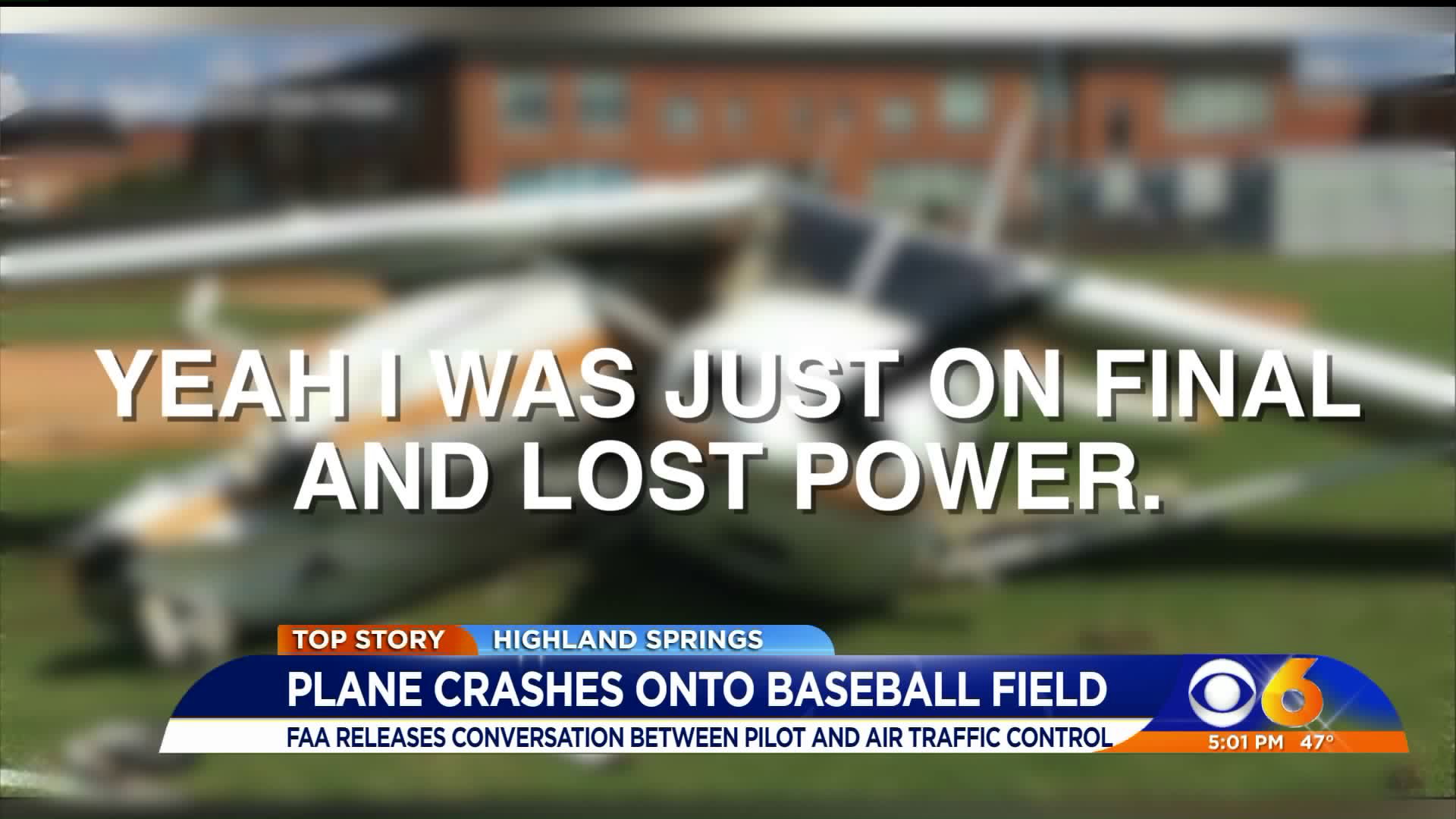 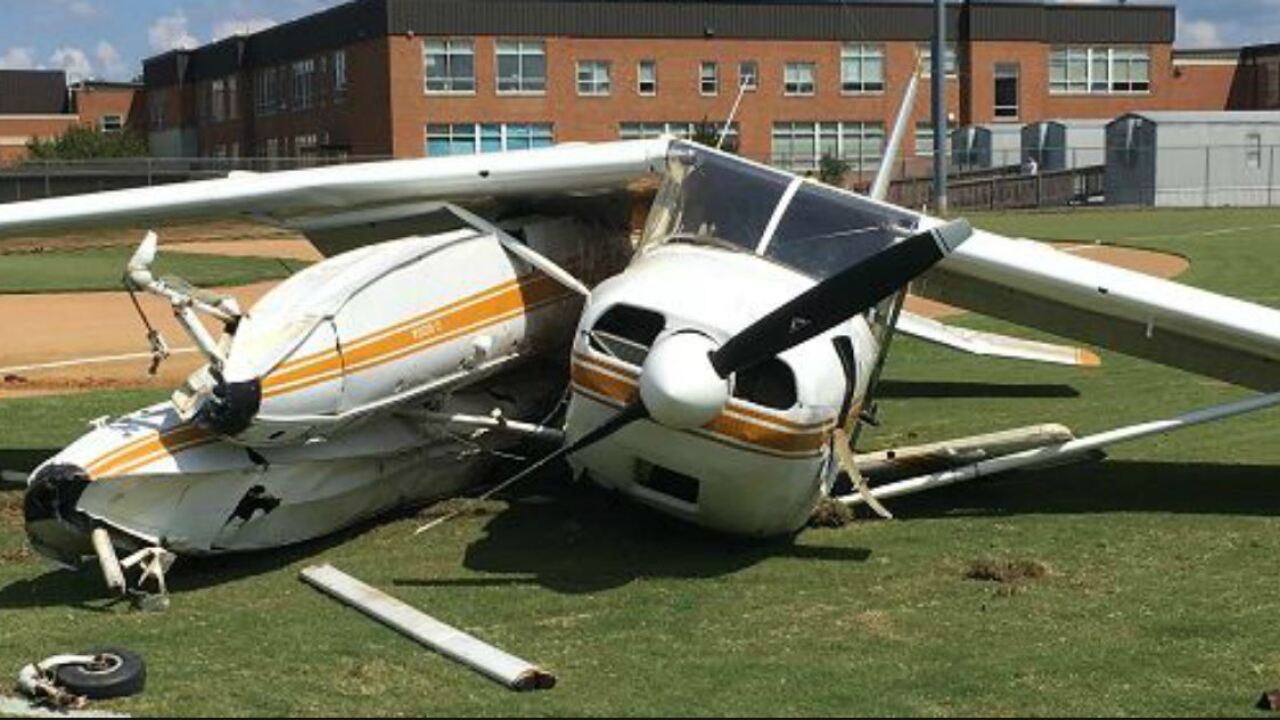 HENRICO COUNTY, Va. – The Federal Aviation Administration released a partial transcript and audio recording  of the September 5, 2018, small plane crash at Highland Springs High School. No one was hurt when the plane crashed on the school's baseball field during the school day.

"A single-engine Cessna 180 was en route to the Richmond International Airport and had received clearance to land when it sustained engine failure," Virginia State Police spokesperson Corinne Geller said after the crash. "The 55-year-old male pilot from Ontario, Canada made an emergency landing in the baseball field at Highland Springs High School in eastern Henrico County."

The pilot was the only person aboard the plane. No injuries were reported on the ground, Geller said.

Scroll down to read the partial transcript released by the FAA: