HENRICO COUNTY, Va. -- An "all clear" was given two-hours after the Academy at Virginia Randolph was locked down Wednesday afternoon due to a "possible threat" on the Glen Allen school's campus. Police responded to a reported shooting in the 2200 block of Mountain Road just after 3 p.m. Wednesday.

"While we have not received word of anyone being hurt, or, located anyone who appears to be a threat, police are still on campus, going room-by-room to make sure our students and staff are safe," Principal Jesse Casey said.

"Listen up, listen up, quiet down!"

The words, recorded on a a student’s iPhone, were chilling as SWAT team members cleared each classroom.

While police searched inside the school, parents anxiously waited outside for word from their children.

"When you get phone calls of this magnitude, it breaks you down a little,” father Terrence Brown said. "Especially when you've told your kid you know, ‘Hey son, go to school, do what you're supposed to do,’ and then you get that kind of call."

A "parent reunification area" was set-up at nearby St. Peter's Church because parents were not able to come to the school. 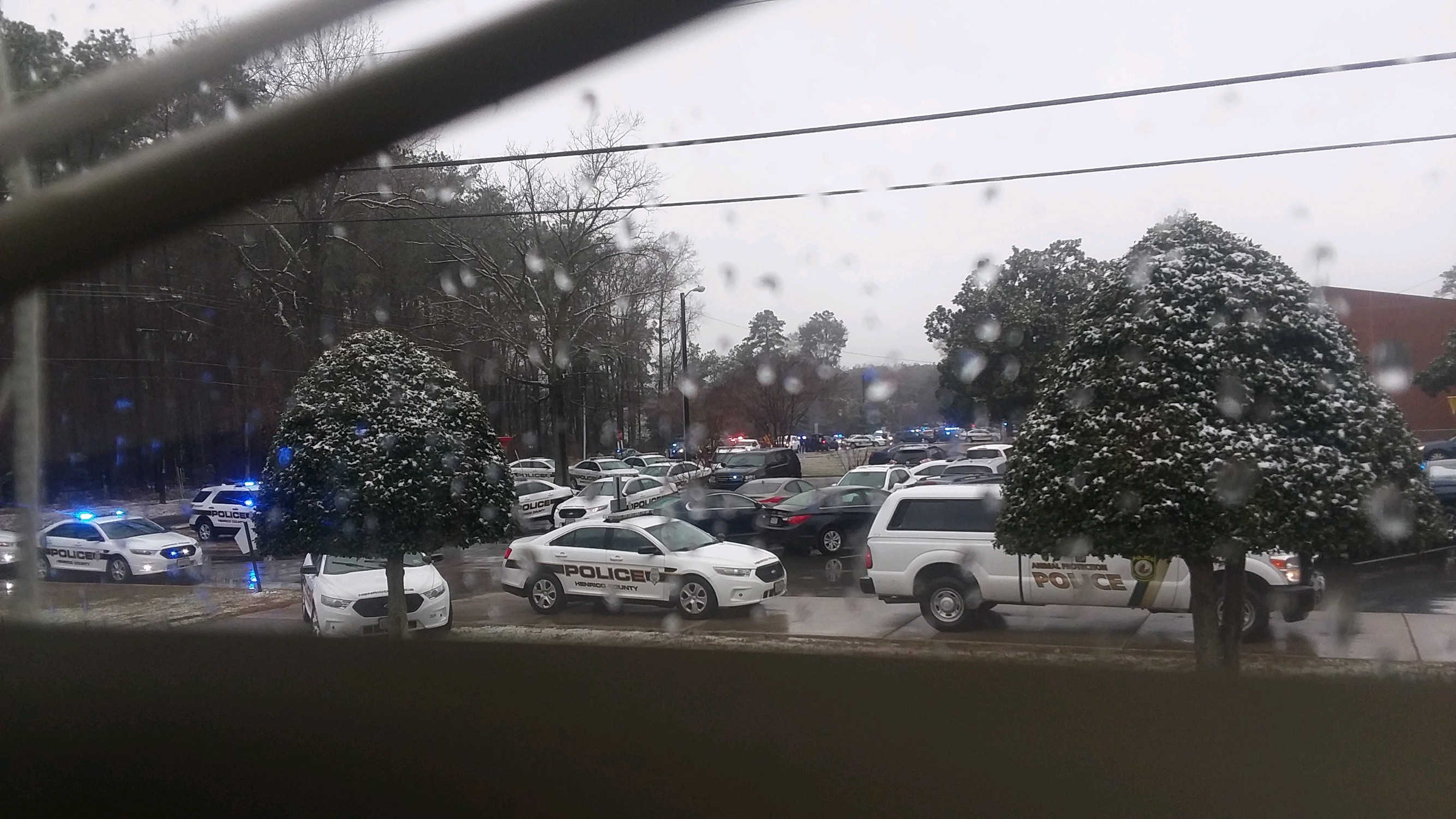 More than six dozen officers were assigned to this call, according to those sources.

As of 4:20 p.m., officials said officers were continuing to "look over the campus" after they went door-to-door.

"No one’s been hurt, and there’s no evidence that a weapon’s been used," Henrico Schools officials said. "While police are still on campus, we are also working on a dismissal plan."

Officials later said that officers inspected the campus and did not find anything, so students were dismissed.

"Investigators tell us no weapons were fired, no one was hurt, their investigation continues."

"Safety first,” said Brandi Flowers, who was stuck in her car by the police blockade. “I'm being patient and waiting."

She was one of several people who couldn't get home. With every access street to her neighborhood blocked by police, she had to wait until the two-hour lockdown was lifted and Virginia Randolph was dismissed.