RICHMOND, Va. -- When DJ Lonnie B is in the house, a party is sure to follow.

“I’ve been DJing in Richmond for 30 years,” Lonnie said. “As a DJ I love the feeling I get when I play someone’s favorite song.”

The celebrated DJ has been spinning records since ninth grade. The 44-year-old Chesterfield native, whose real name is Lonnie Battle, started mixing as a hobby.

“There is nothing like making a living doing something you love because it never feels like work,” he said.

Thirty years later Lonnie B has scratched a name for himself as one of the most talented performers on a turntable.

“As a DJ it is almost like a super power to affect someone’s mode,” Lonnie said.

His skills keep the party jumping and dance floors full in Richmond and beyond, but in 2013 the music suddenly stopped.

“Six years ago I remember feeling in a pain in my left testicle,” Lonnie recalled.

While Lonnie was living his dream, a doctor delivered a nightmarish diagnosis. Testicular cancer.

“Hit me like a ton of bricks. It felt unreal at the time,” Lonnie said. “We need you to come in and get blood work and we’re going to operate tomorrow.”

Lonnie B's head was spinning. Cancer put his life away from music into focus.

“Fear played a major part, but I never gave up. I continued to pray. I prayed a lot,” Lonnie said. “I had to wait eight days to get the results. It was the longest eight days of my life."

Doctors removed one of his testicles. The stage 1 cancer would sideline Lonnie, but he wouldn't remain unplugged for long.

Now cancer free, Lonnie is using his platform on many decibels to encourage men to be aware of their own bodies. 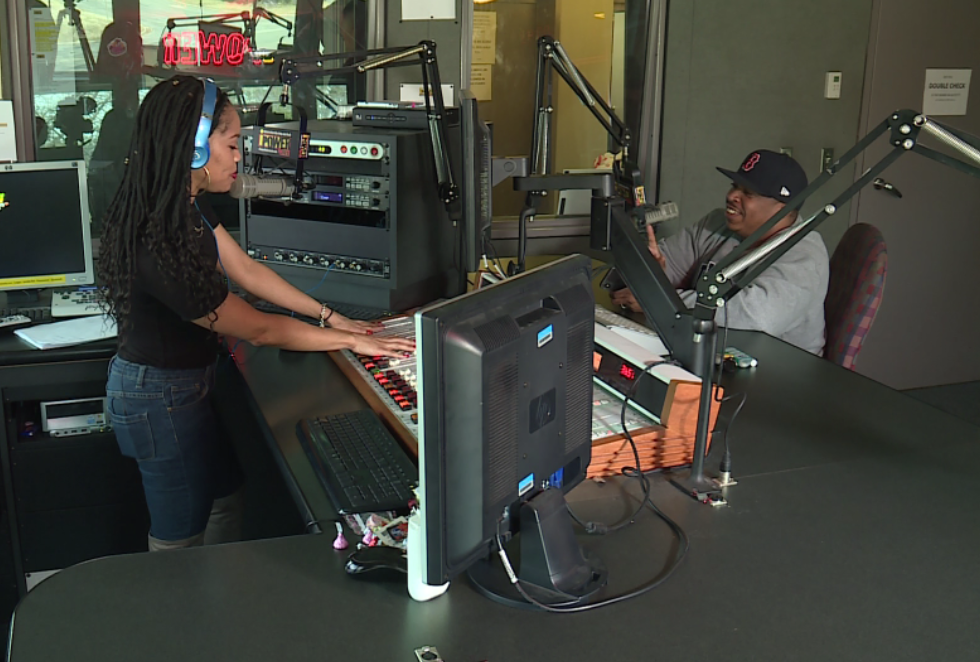 “It is something we don’t talk about, but we need to," he said. "he biggest thing I want to put out there is early detection saved my life.”

“He is one of the humblest people you would ever want to know,” Jackie said. “What Lonnie does and how he gives himself to people through mixing and through music is phenomenal.”

Lonnie B often shares his journey and checkups with his fans on social media.

“It almost shocks people. The people partying and hands in the air. And his son is walking behind the turntables. They’re sticking a needle in his arm because he is a cancer survivor,” Lonnie said.

Cancer could not slow this 50,000 Watt music mixer. For Lonnie B the beat goes on. At this stage of his life, the music has never sounded sweeter.

“When I play for a crowd, I like to make great memories. Being transparent and talking about my health. Sharing. Being a husband. Being a father. Much more important than anything I can do behind two turntables.”

Lonnie credited his wife for encouraging him to get a second opinion. He said her tenacity may have helped save his life. A couple of years after his diagnosis and surgery, the couple welcomed their fourth child.. A son that Lonnie always wanted.

Lonnie B will be spinning records at three different parties during NBA All-Star weekend in Charlotte.