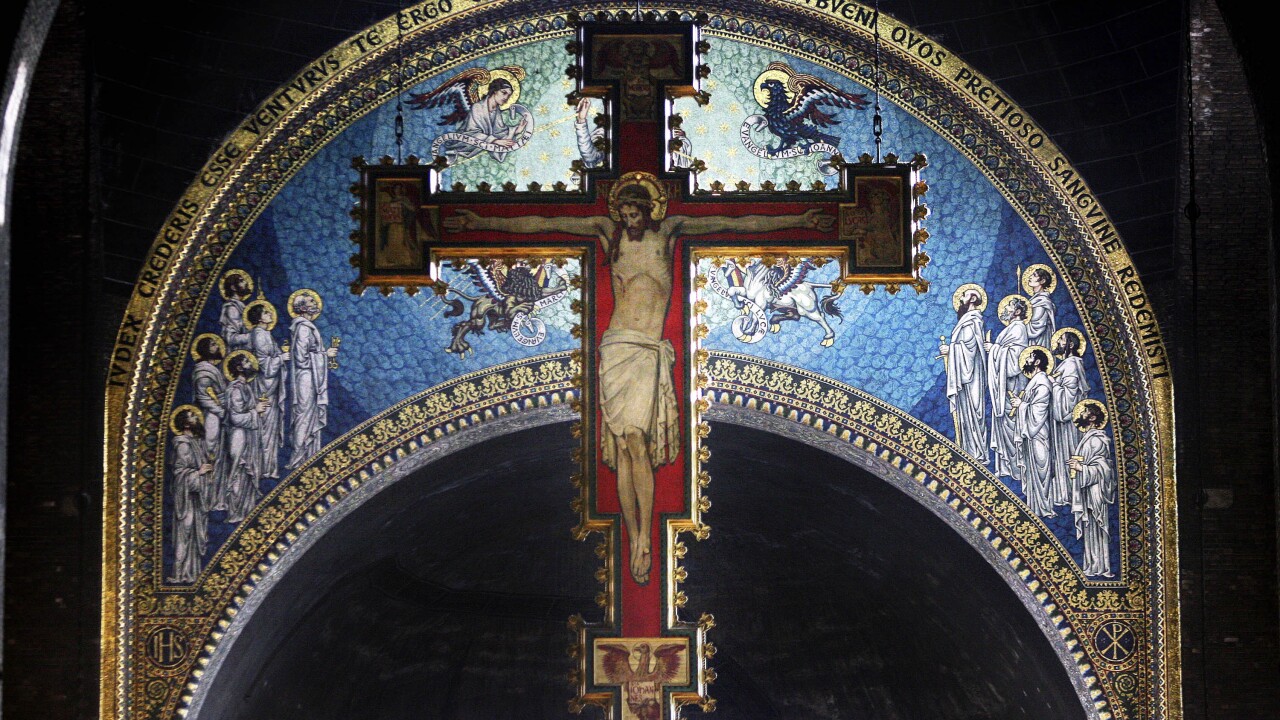 A cross with a painting of Jesus Christ hangs over the alter at Westminster Cathedral during Ash Wednesday mass on February 21, 2007 in London. During the traditional Catholicism Ash Wednesday Mass, the priest places ashes on the middle of people’s forehead as an ancient symbol of repentance. (Photo by Peter Macdiarmid/Getty Images)

RICHMOND, Va. — The Catholic Diocese of Richmond has released the name of another priest with a “a credible and substantiated allegation of sexual abuse” against a child.

The group announced Thursday they they received information from the order of Saint Benedict about an allegation of abuse that occurred outside the Richmond Diocese.

An sexual assault allegation against Rev. Donald Scales, O.S.B. was found credible by the Diocese of Charlotte Review Board.

Fr. Scales served in the Diocese of Richmond.

While the Richmond Diocese claims they were unaware of any allegations of abuse against Fr. Scales, Bishop Knestout has added his name to the list previously published on February 13.

The Richmond Diocese will continue to update the list when necessary and appropriate.

The Diocese of Richmond urges individuals who have been sexually abused by a priest, deacon, religious, lay employee or volunteer of the Diocese of Richmond to report abuse directly to law enforcement, including Child Protective Services (CPS) 1-800-552-7096, and by calling the Attorney General’s Clergy Abuse Hotline at 1-833-454-9064. In a commitment to support and facilitate healing, individuals are then encouraged to contact the 24-hour confidential Victim’s Assistance Reporting number at 1-877-887-9603 or by email at vac@richmonddiocese.org