PETERSBURG, Va. -- No students were seriously hurt when a car ran into the back of a school bus and became stuck underneath it on Route 460 (County Drive) in Petersburg. The car caught fire after impact and burned part of the bus.

The school bus was stopped on Route 460 to pick up students at about 8 a.m. Thursday when the crash occurred.

All the Vernon Johns Middle School students and the driver of the Volkswagen Jetta that hit the bus were outside their vehicles when the fire started.

The driver of the Jetta was the only person taken from the crash with injuries. The driver's condition has not been released at this time. 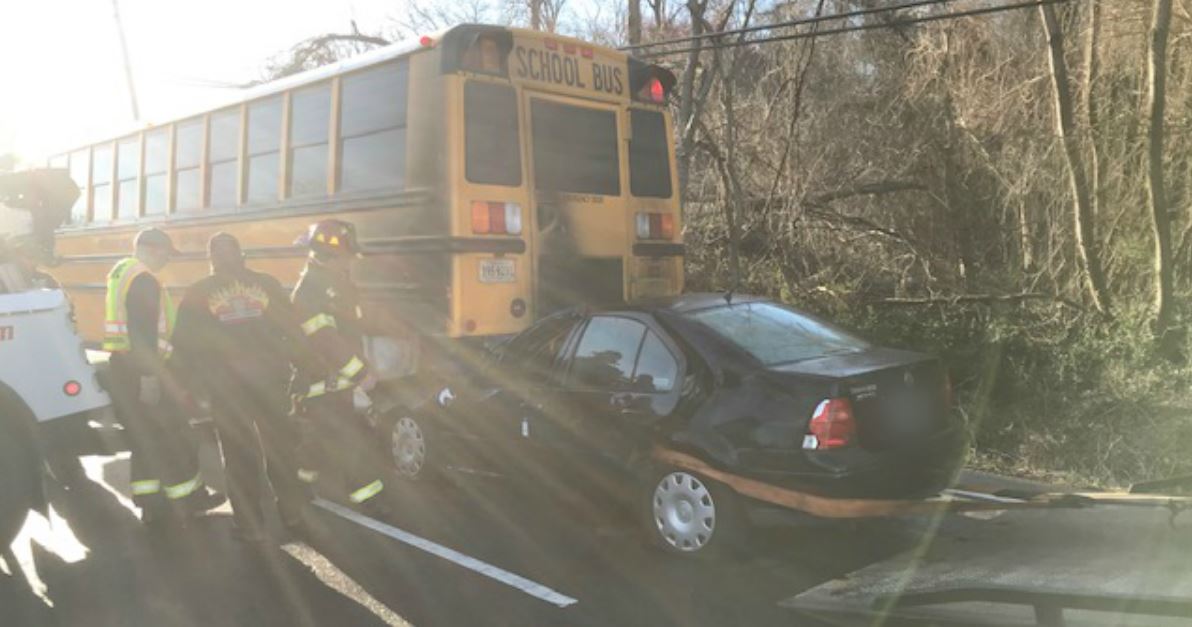 The 17 students were checked out by EMS on scene.

"No children are hurt," said Superintendent Dr. Marcus Newsome. "They’re on the bus on their way back to school and they have quite a story to tell on Valentines Day."

"Our bus driver is the hero today," Dr. Newsome said. "Unfortunately she was rear-ended. She immediately got the students off the bus, organized them, they were able to call their parents and let them know they’re safe."

"Certainly today is an example of quick thinking," Newsome added. "Under pressure, many people would panic in a situation like this but not this driver. We're very proud of her."

Route 460, near, Roma's Italian Pizza Restaurant, was closed in both directions with traffic being detoured around the crash scene.

BREAKING: 17 children on board a school bus when a car rammed into the back of it on Route 460 in Petersburg, according to Petersburg Public Schools. No children seriously injured. Crews cleaning up now, road is still blocked. @CBS6 pic.twitter.com/ICnIOuZ7u9