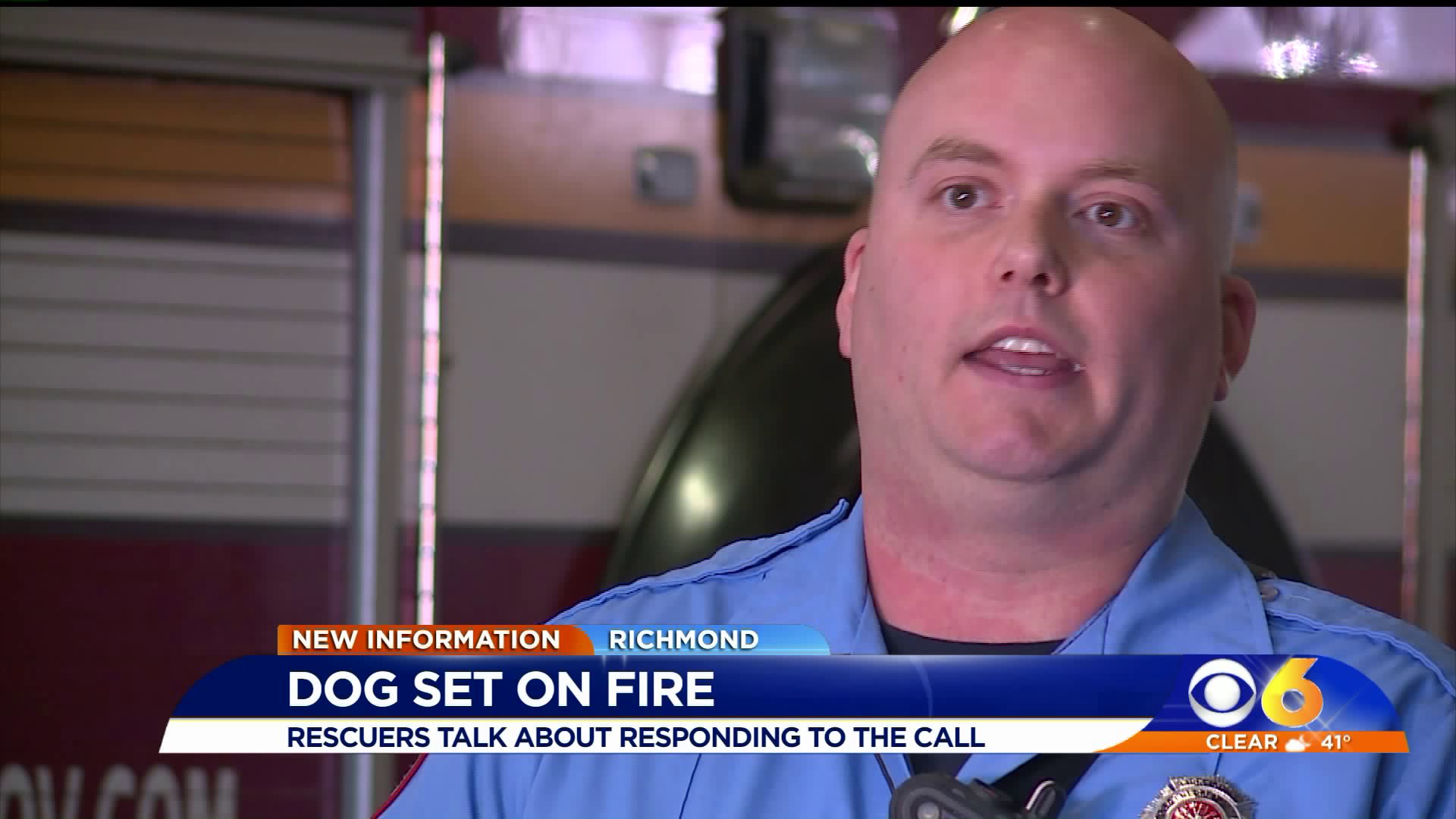 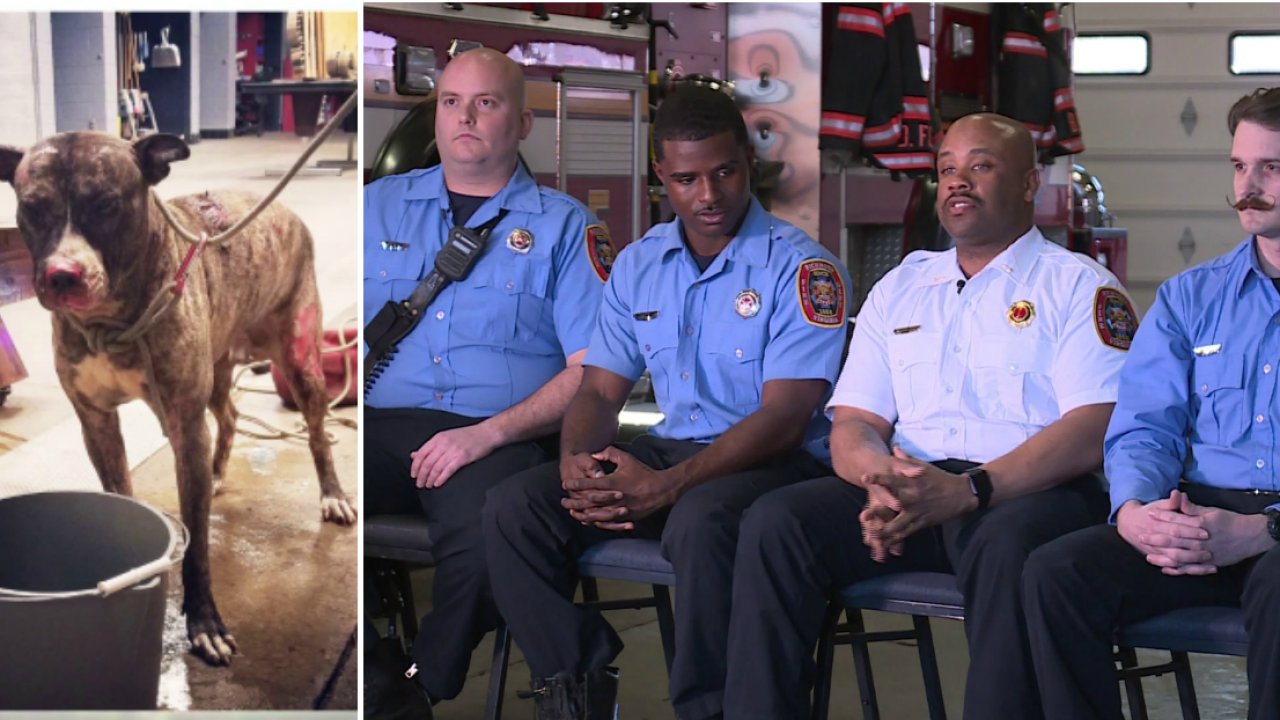 RICHMOND, Va., -- Four Richmond firefighters were lauded as heroes after rescuing a dog that was intentionally set on fire and left to die. Richmond authorities also announced a $10,000 reward for information leading to the arrest and conviction of the suspect.

"A man possibly set his dog on fire - it was running around near the park," a dispatcher was heard over the scanners relaying to Richmond Fire Station 5 located adjacent to Abner Clay Park.

"We had just finished eating dinner," Bullock explained. "We looked outside the door and you could see the dog in distress in the park across the street."

The four firefighters who saved a burning dog sits in Richmond Fire Station No. 5.

The male pit bull with a camo collar was covered in accelerant and intentionally set on fire near the 200th Block of W Clay Street, according to Richmond Animal Care and Control (RACC).

Del Rocco said the firefighters feared the suspect was still at large.

"I wasn’t sure if the guy who set the dog on fire was still out there," he recalled. "And if he was - if he was OK with harming a dog I'm sure he was okay with harming us."

The fire had burned through the leash leaving the dog running for safety.

"He was rolling over trying to put himself out," Del Rocco stated. "At that point it was becoming a concern that the dog was also going to get hit on the street.  Fortunately we were able to corner the dog, he hid under a vehicle and we were kind of able to get a rope around him so he wouldn’t run into the street."

The dog, now named Tommie, is being treated for burns to over 40% of his body at Virginia Veterinary Centers. The shelter hoped that they will be able to save him.

Tommie, the dog intentionally set on fire, continues to recover from his injuries.

In a Facebook post Wednesday morning, the shelter says that Tommie is in stable condition, but new burn wounds have presented, old wounds have worsened and almost his entire body is now affected.

The shelter previously said the pit bull had burns over 40% of his body.

“His pain is being managed and he’s comfortable but our plans for treatment are changing,” RACC wrote on Facebook.

But good news came late Wednesday when Tommie wagged his tail while the heroes who saved his life paid him a visit.

RACC employees also went door to door in the Jackson Ward neighborhood leaving fliers for information about the suspect.

They encouraged anyone to contact Richmond Police, call Crime Stoppers at 804-780-1000 or submit a tip online at http://www.7801000.com. The P3 Tips Crime Stoppers app for smart phones may also be used. All three Crime Stoppers methods of contact are anonymous.