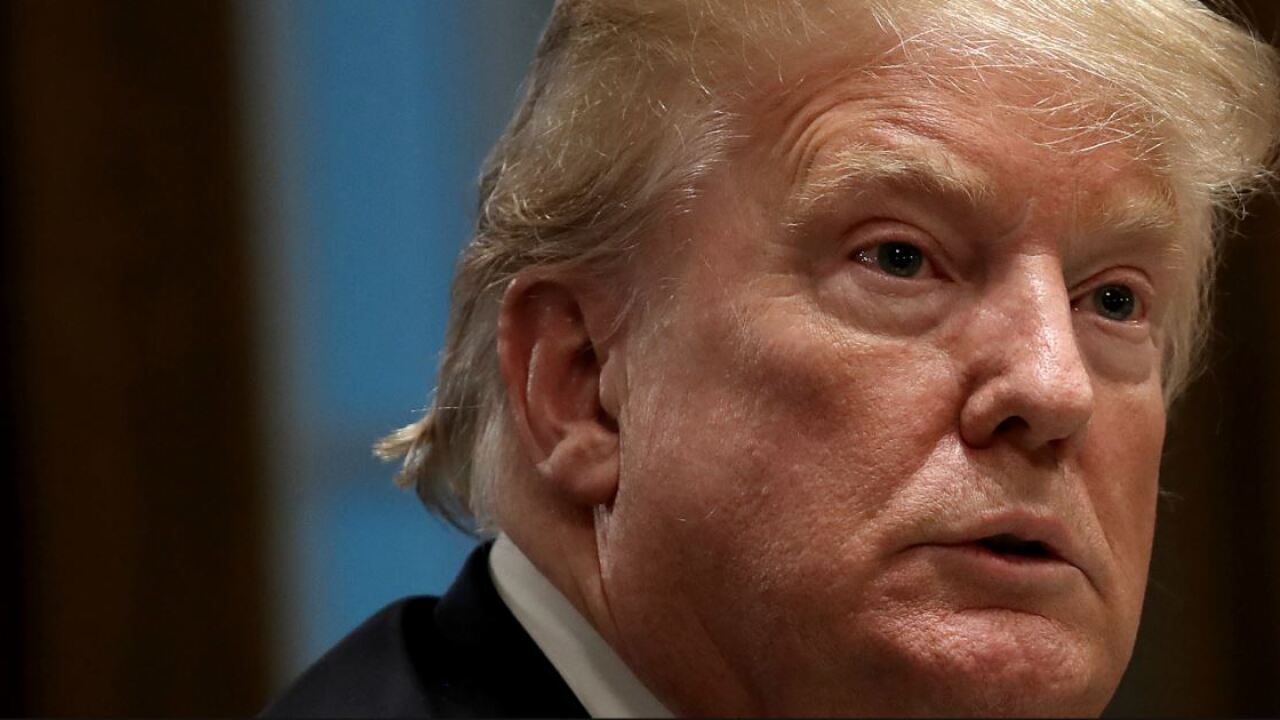 Deere outlined a series of topics the New Yorkers discussed, including abortion, taxes and infrastructure. The New York governor’s office has not released its own readout of the afternoon meeting.

According to Deere’s statement, “The President raised his concerns to Governor Cuomo about Democrats’ support of late term abortions” during the meeting.

Last month, New York state passed a law to protect women’s access to abortion if Roe v. Wade is ever overturned. The Reproductive Health Act allows for abortions after 24 weeks if an authorized health care practitioner determines that “the abortion is necessary to protect the patient’s life or health” or if “there is an absence of fetal viability.”

The new law expands access to abortions into the third trimester by loosening restrictions on when the procedure is permitted. Previously, an abortion could be performed after 24 weeks only if the physician deemed it necessary to preserve the woman’s life. Under the new law, the requirement has been expanded to include the woman’s general health.

Cuomo called it “a giant step forward” for a woman’s right to choose.

“With the signing of this bill, we are sending a clear message that whatever happens in Washington, women in New York will always have the fundamental right to control their own body,” Cuomo said after the signing.

Last week during his State of the Union address, Trump called for “legislation to prohibit late-term abortion.”

“Let us work together to build a culture that cherishes innocent life. And let us reaffirm a fundamental truth: all children — born and unborn — are made in the holy image of God,” he said.

Another topic of discussion, disagreement and possible compromise for Trump and Cuomo: taxes.

Trump, per Deere, talked about the “positive impacts” of the administration’s tax overhaul bill and “listened to the Governor’s concerns” in regard to state and local taxes, with Trump reiterating “the negative impact that high taxes in states like New York have on hardworking families and job creators.”

One of the more controversial parts of the 2017 Republican tax measure was a new cap on how much Americans would be allowed to deduct for state and local taxes from their federal bills.

The deduction, which helps to lower a tax bill, is capped at $10,000 under the new law. It once was unlimited.

High-tax states like New York, New Jersey and California have complained that the new cap disproportionately hurts their residents. For example, New York estimates the cap will increase federal taxes by $14.3 billion in 2018 for New Yorkers.

Some of those states, including New York, have gone so far as to pass legislation allowing taxpayers to make charitable contributions to their states in exchange for tax credits, as a workaround for the new cap.

However, over the summer the Treasury Department threw cold water over those plans under a long-awaited rule that would prevent charitable contributions from being used to circumvent the cap.

Cuomo said at the time that he would fight the guidance from Treasury.

“We are confident that the recently enacted opportunities for charitable contributions to New York state and local governments are consistent with federal law and follow well-established precedent,” he said in a statement in August.

New York, along with Connecticut, Maryland and New Jersey, has also filed a lawsuit claiming that the tax overhaul violated the Constitution by unfairly targeting Democratic states.

On Monday, lawmakers from several high-tax states made another effort to fight the new cap. Sen. Bob Menendez and Rep. Bill Pascrell, both from New Jersey, introduced legislation that would repeal the $10,000 limit on the state and local tax deduction. The bill is backed by several other Democrats, as well as New Jersey’s sole Republican in Congress, Rep. Chris Smith.

Speaking to WCBS following the meeting, Cuomo indicated that Trump could be open to changes.

He later added, “He did say he was open to discussing the SALT issue, and Lawrence Kudlow — who is the economic person — said that we would sit down and we would go through the issues. And the President did say he would like to see if he could put a package of reforms together because even they recognize that the original tax bill needs reform.”

The duo, according to Deere, also discussed energy and fracking, as well as one area where they might eventually be able to find common ground: “the need to update America’s outdated infrastructure system.”

Trump said during his State of the Union speech last week that infrastructure is one area where his administration can work with a divided Congress. New York state might be one such beneficiary, for its proposed Gateway Tunnel project, which is a collection of upgrades along a 10-mile span, including the Hudson Tunnel, following damages from Hurricane Sandy in 2012. Trump and Cuomo met at the White House to talk about the project over lunch last November.

Engineers say the tunnel should be replaced as soon as possible, at a cost of $12.7 billion. In 2015, the Obama administration agreed to supply half the funding, and designs are nearly complete. But in December, Trump’s Federal Transit Administration sent a letter to the Port Authority of New York and New Jersey declaring the deal “nonexistent.”

Asked about the status of the project by regional reporters last week, Trump expressed some openness.

“We have the money set aside but … we haven’t decided to use it yet. I’m speaking to the governor. I’m speaking with various senators, and we’ll see what happens,” Trump said.