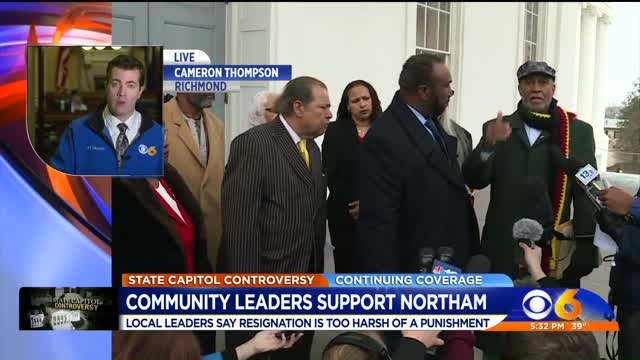 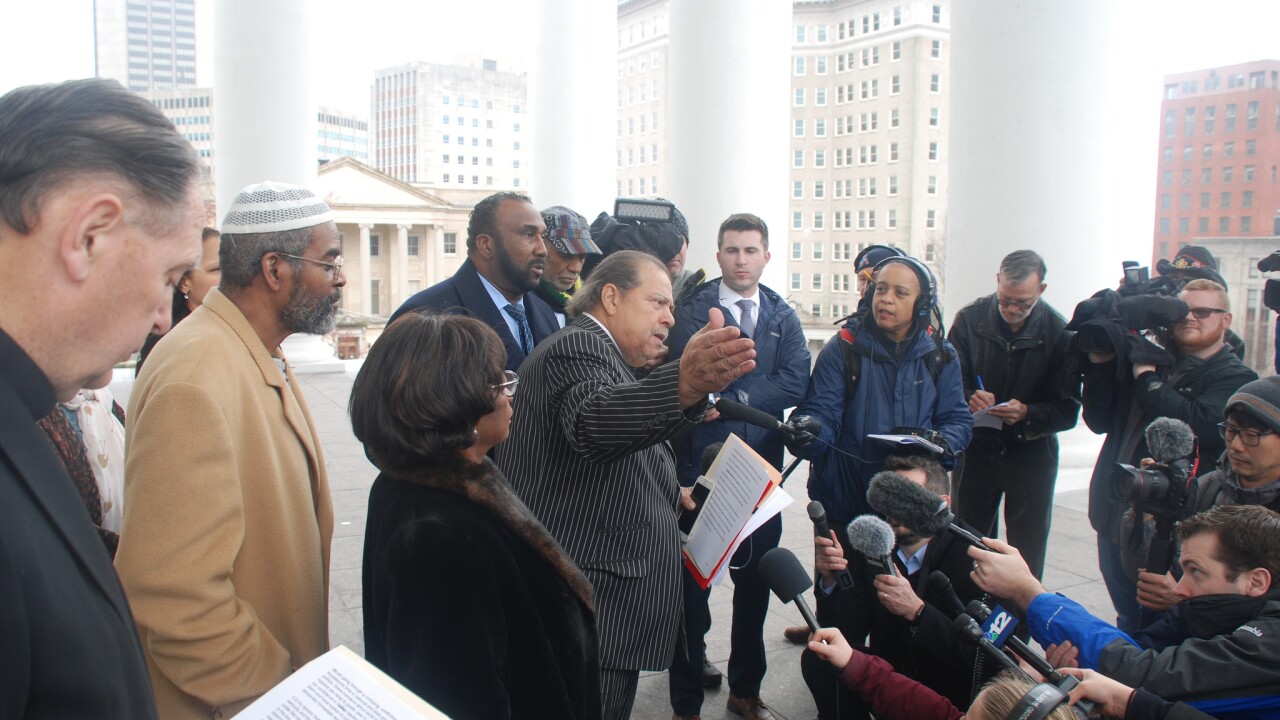 On the steps of the Capitol, former Richmond City Councilman Henry “Chuck” Richardson read a prepared statement, saying that racial issues in the U.S. still permeate virtually every aspect of American life.

“There are no more complex, abiding and haunting questions in America than those surrounding race,” Richardson said. “And through it all is the constant that though we have come far, we still have far to go.”

“We are drawn here under the Christian doctrine that it is human to err but divine to forgive. We have evaluated the governor’s past performance as we have known him and choose to forgive,” Richardson said.

Richardson added that the group of leaders believes almost every person in the Southern United States in the latter half of the 20th century has been influenced by, has participated in or has been associated with blackface in a similar nature to the governor.

“Rather than pursue measures that accomplish nothing,” Richardson said, “we choose to use this opportunity to advance the cause of African-Americans rather than wallow in the punitive measures of revenge.”

Northam, a Democrat, has been under fire since the discovery on Feb. 1 of a racist photo on his page of his 1984 medical school yearbook. The picture showed two men — one in blackface and the other in a Ku Klux Klan hood.

Initially, Northam said he was in the photo and apologized. Later, he said that he was not in the picture but that he did wear blackface for a Michael Jackson dance contest in 1984.

The controversy prompted many state and national Democratic leaders as well as advocacy groups to call on Northam to resign. Northam has said he does not plan to do so.

John Boyd, founding president of the National Black Farmers Association, also was at Monday’s press conference in support of Northam. Boyd said he met with the governor following the disclosure of the yearbook photo. Boyd said he prayed with the governor and used the meeting to address the issues of white privilege and blackface.

“He has a good heart,” Boyd said. “I looked in the governor’s eyes, and I believe that he was sincerely sorry for what has happened."

“I believe today that we need to give the governor a second chance. I believe that he is the right person to guide Virginia and bring us through this troubling time in history.”

Boyd added that during the federal government shutdown, he met with Northam to discuss the effects of closure on Virginia’s black farmers. Boyd said that even following the release of Northam’s yearbook photo, his constituents still trust the governor to advance the cause of farmers in the state.

Leaders at the press conference refused to directly address questions regarding a statement by Attorney General Mark Herring that he wore blackface to imitate a rapper for a college party in 1980.

Lt. Gov. Justin Fairfax also is under pressure after two women came forward last week to say that he sexually assaulted them. Several Democratic leaders and groups have called on Fairfax to resign.

At Monday’s news conference, the leaders said that they support due process and that Fairfax should be presumed innocent until proven guilty.

Sen. Amanda Chase, R-Chesterfield, released a statement Monday in support of Fairfax’s right to due process.

“The women involved in Lt. Governor Justin Fairfax’s allegations must be heard in the jurisdiction where the incidents occurred,” Chase’s statement said. “Due Process must be followed to ensure both parties the right of innocence until proven guilty.”