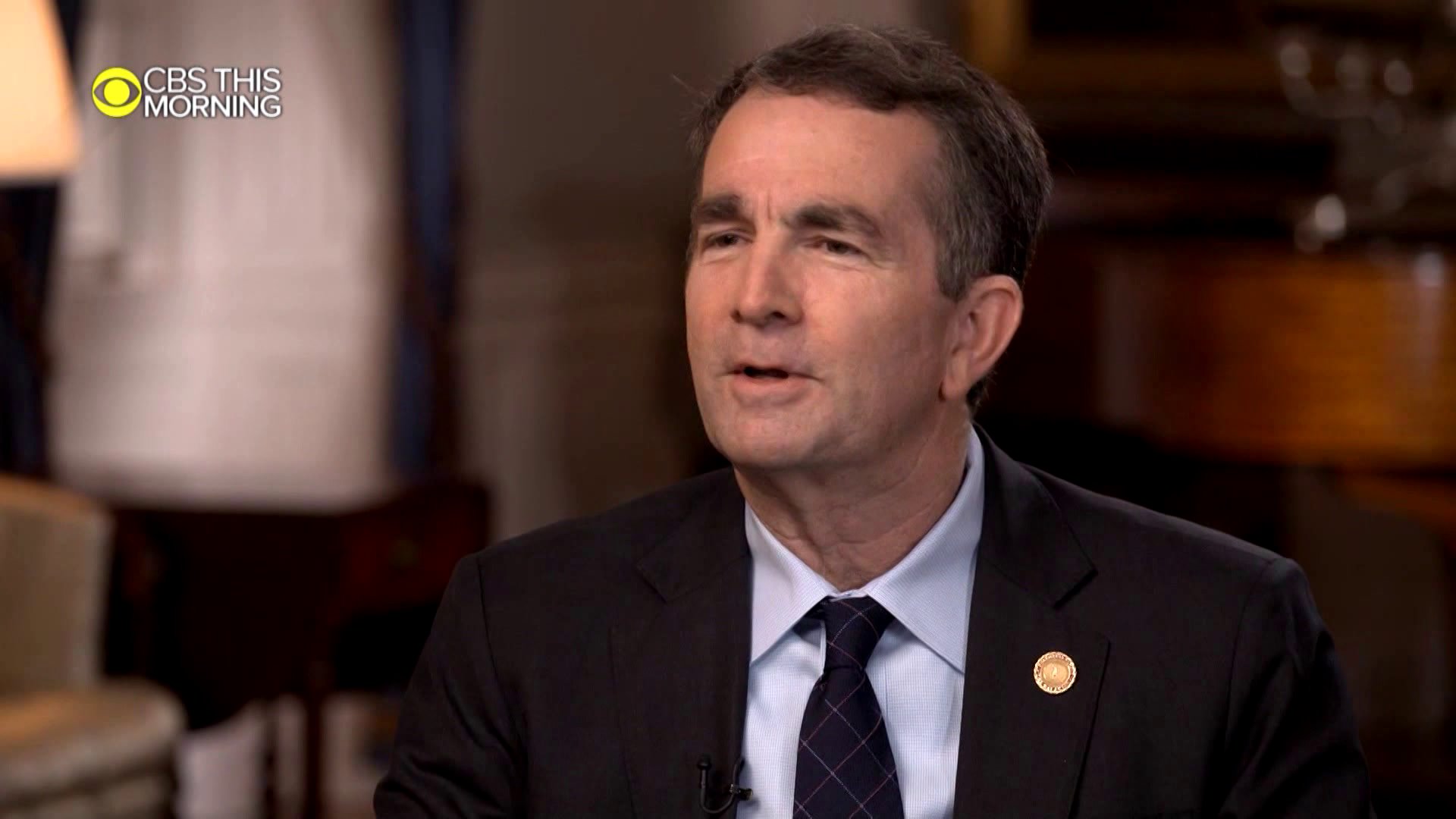 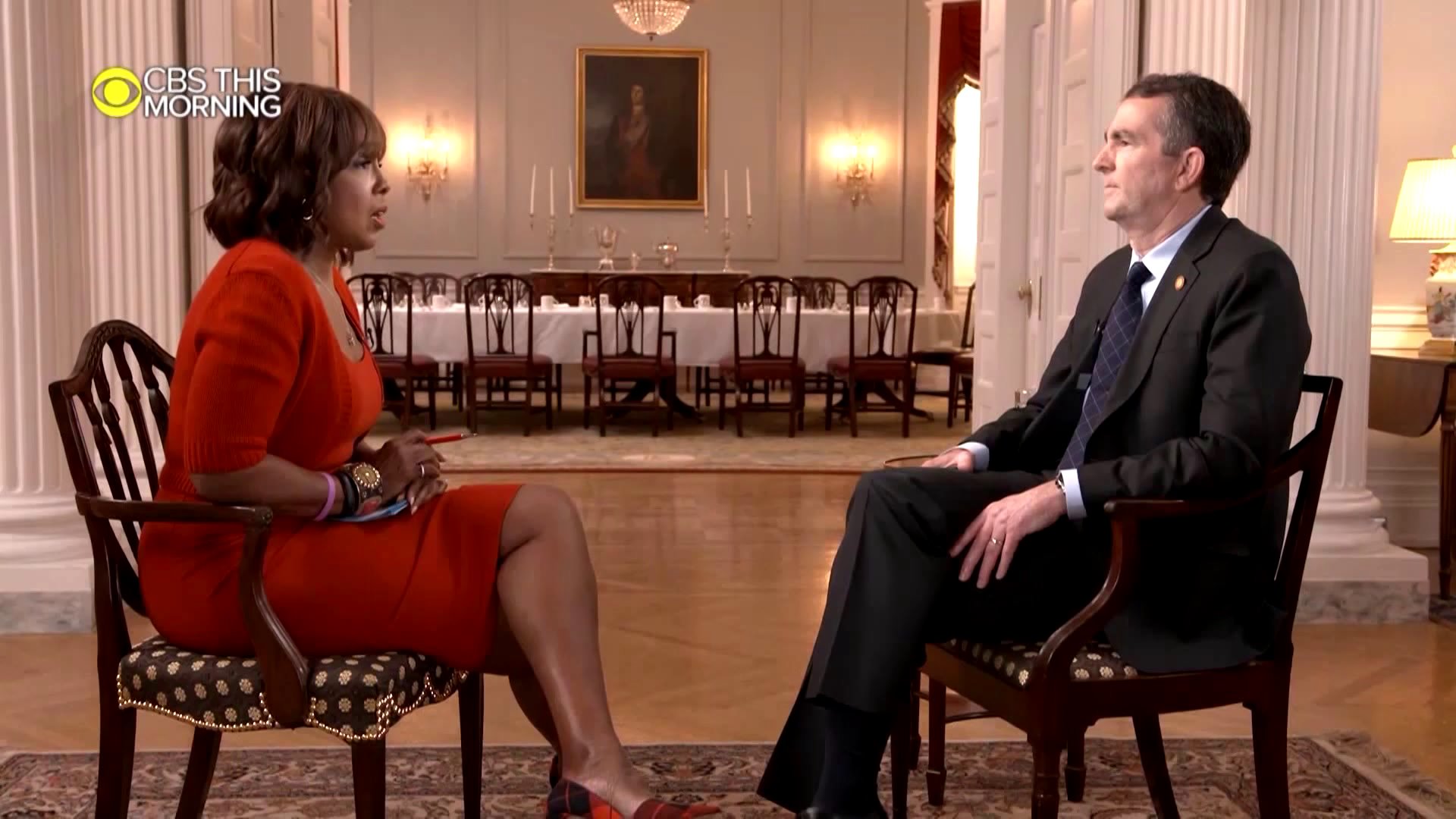 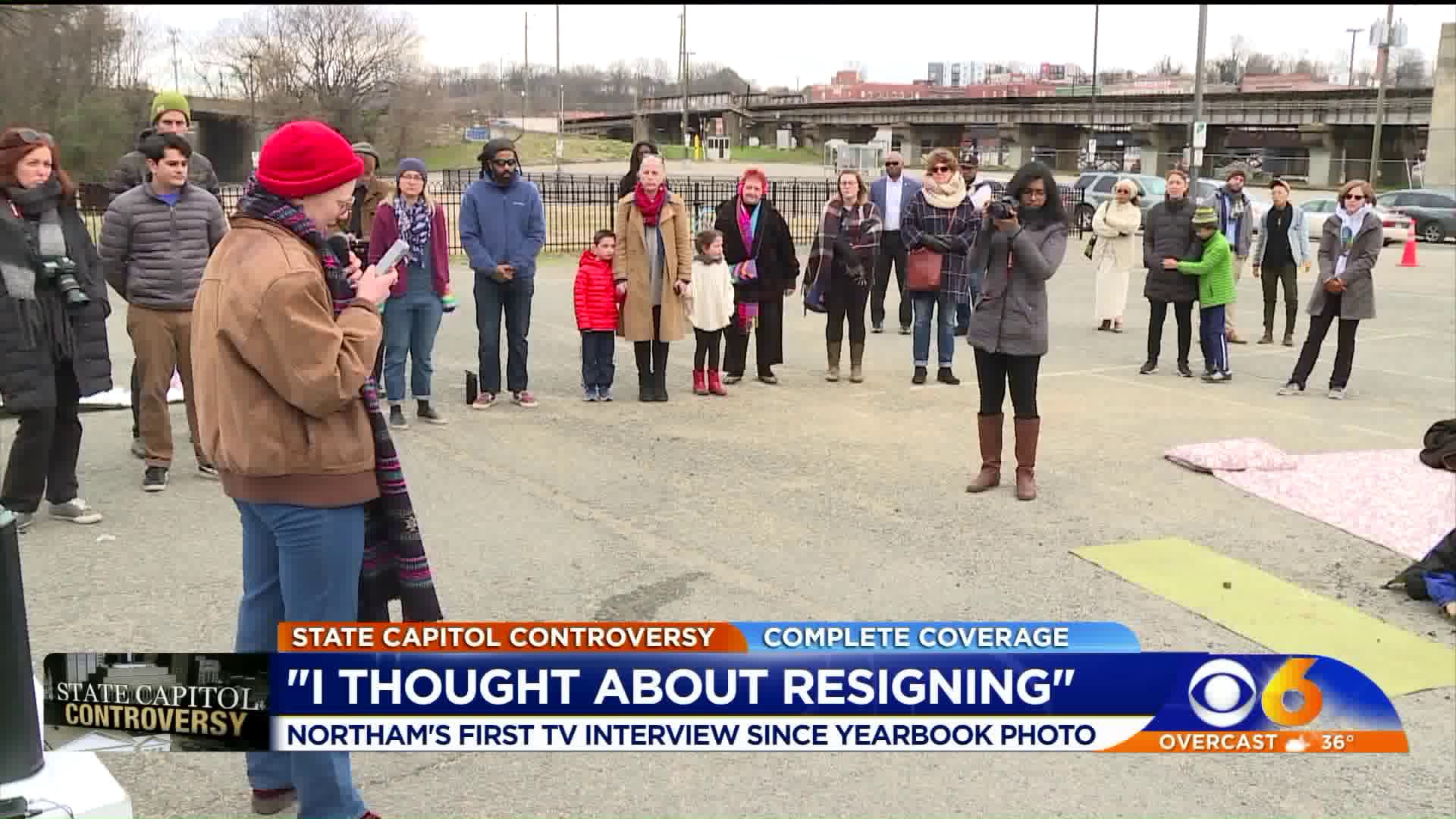 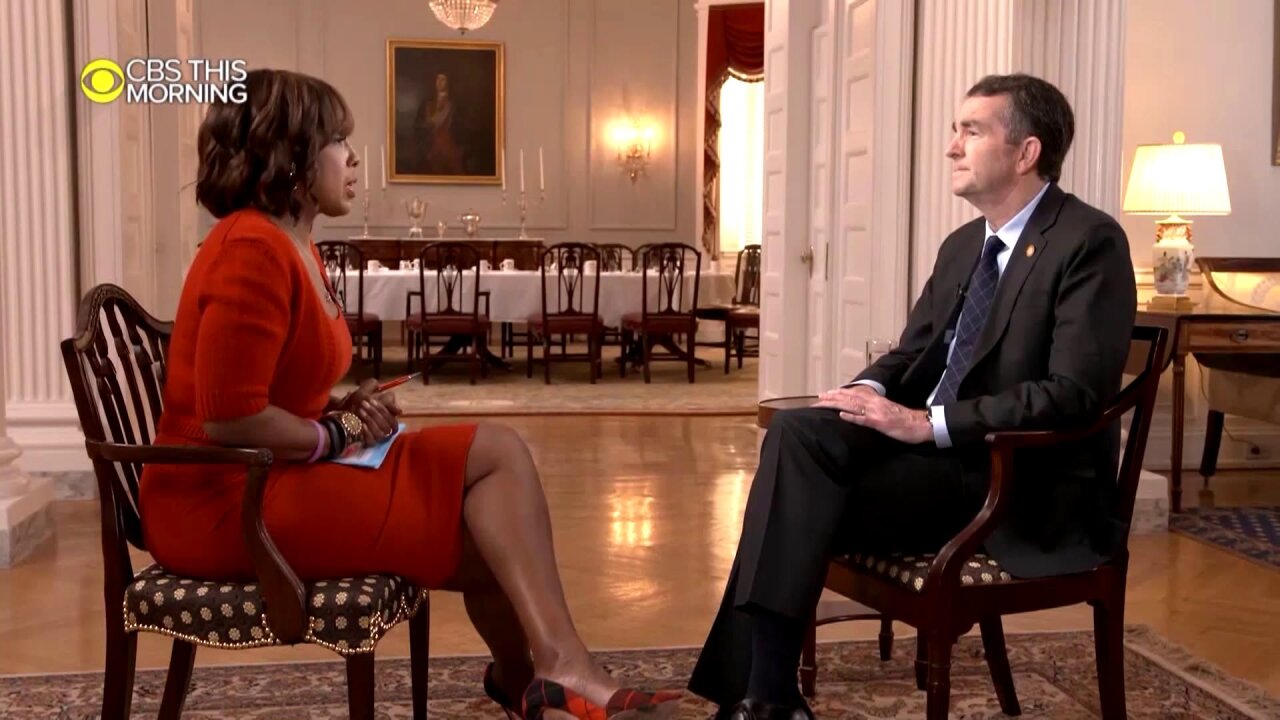 RICHMOND, Va. -- Embattled Virginia Gov. Ralph Northam (D) told Gayle King of “CBS This Morning” that he contemplated resigning, but believes he can take the Commonwealth “to the next level” if he remains in office.

"Right now, Virginia needs someone that can heal. There's no better person to do that then a doctor," Northam told King Sunday morning at the Executive Mansion in his first TV interview. "Virginia also needs someone who is strong, who has empathy, who has courage, and who has a moral compass, and that's why I'm not going anywhere. I have learned from this, I have a lot more to learn, but we're in a unique opportunity now."

Northam said that state has made progress since the first slaves arrived in the Commonwealth, but that more must be done to address inequities.

"And if you look at Virginia's history, we're now at the 400 year anniversary, just 90 miles from here in 1619 the first indentured servants from Africa landed on our shores in Old Point Comfort, what we know now as Fort Monroe, and while --," Northam said.

"Yes, and while we have made a lot of progress in Virginia, slavery has ended schools have been desegregated, we have ended the Jim Crow laws, easier access to voting, it is abundantly clear that we still have a lot of work to do, and I really think this week raised a level of awareness in this Commonwealth and in this country that we haven't seen, certainly, in my lifetime," Northam said.

King said Monday on the show that Northam later clarified that a historian corrected him, after a recent event at Fort Monroe, when he referred to the first Africans "enslaved."

"A historian advised me that the use of indentured was more historically accurate," Northam said in a statement that aired "CBS This Morning" Monday. "The fact is, I'm still learning and committed to getting it right."

In response to the reaction from his use of the term "indentured servants," Gov. @RalphNortham tells @CBSNews "The fact is, I’m still learning and committed to getting it right." Full statement below: pic.twitter.com/GiCTvpiSM3

When asked if he considered resigning amid the continuing calls for his ouster, Northam acknowledged that doesn't "live in a vacuum."

"And so, yes, I have heard it and... this has been a difficult week. And again, I'm fine. It's been mainly difficult for Virginia in this country," Northam said. "So,  yes, I have thought about resigning, but I've also thought about what Virginia needs right now. And I really think that I'm in a position where where I can take Virginia to the next level... It will be very positive and you know we have a number of inequities in this country right now and in Virginia... We're in a position to really stop talking so much and now to take action with policy to address a lot of these inequities."

Northam on Fairfax and Herring controversies

In the interview, which is set to air Monday on "CBS This Morning," Northam also speaks out about two other lawmakers embroiled in scandals: Lt. Gov. Justin Fairfax and Attorney General Mark Herring.

When asked if he thinks Fairfax should step down, Northam said that is a decision the lieutenant governor must make.

"If these accusations are determined to be true, I don't think he's going to have any other option but to resign," Northam said.  "I can only imagine that it must take tremendous courage for women to step forward and and talk about these things that are just -- are just so hurtful. And these accusations are very, very serious. They need to be taken seriously... Fairfax has called for an investigation. I really think where we are now, we need to get to the truth."

"Well I know Attorney General Herring well, as I do Lt. Gov. Fairfax, and you know we have all grown," Northam said. "I don't know what the attorney general was thinking, what his perception was of race, of the use of blackface back then. But I can tell you that I am sure, just like me, he has grown. He has served Virginia well and he, and I, and Justin -- all three of us -- have fought for equality. And so again, I regret that our attorney general is in this position,  but this is a decision that he's going to need to make."

A poll released by the Washington Post on Sunday finds Virginia's are split on whether Northam should resign.

The numbers were clearer at the Devi's Half Acre in Shockoe Bottom during the Virginia: “Reconciliation” We Need Transformation event.

"His first step needs to be to resign because they could show true equity if he left," Richmonder Damon Harris said.

This event held at what once was the largest slave jail on the East Coast.

Organizers said language and space matter -- and Virginians must have hard conversations about its history of racial injustice -- away from Capitol Square.

"As horrible as everything is right now, because I think it's pretty bad and people are being harmed every day this continues, I'm also prayfully hopeful for a change,” advocate Lana Heath de Martinez said. “That this will be the beginning of weeding the racism and sexism out of our legislature."

Watch the complete interview Monday starting at 7 a.m. "CBS This Morning." And be sure to start your day off right with Rob and Reba on "CBS 6 This Morning" starting at 4:30 a.m.

Depend on CBS 6 News and WTVR.com for complete coverage of the State Capitol Controversy.