Senate Majority Leader Norment is listed as the managing editor of the 1968 VMI yearbook.

On one page of the yearbook, obtained by WTVR affiliate WTKR, two students are seen wearing blackface. On another page, an Asian student is depicted with the slurs “Jap” and “Chink” in quotes. 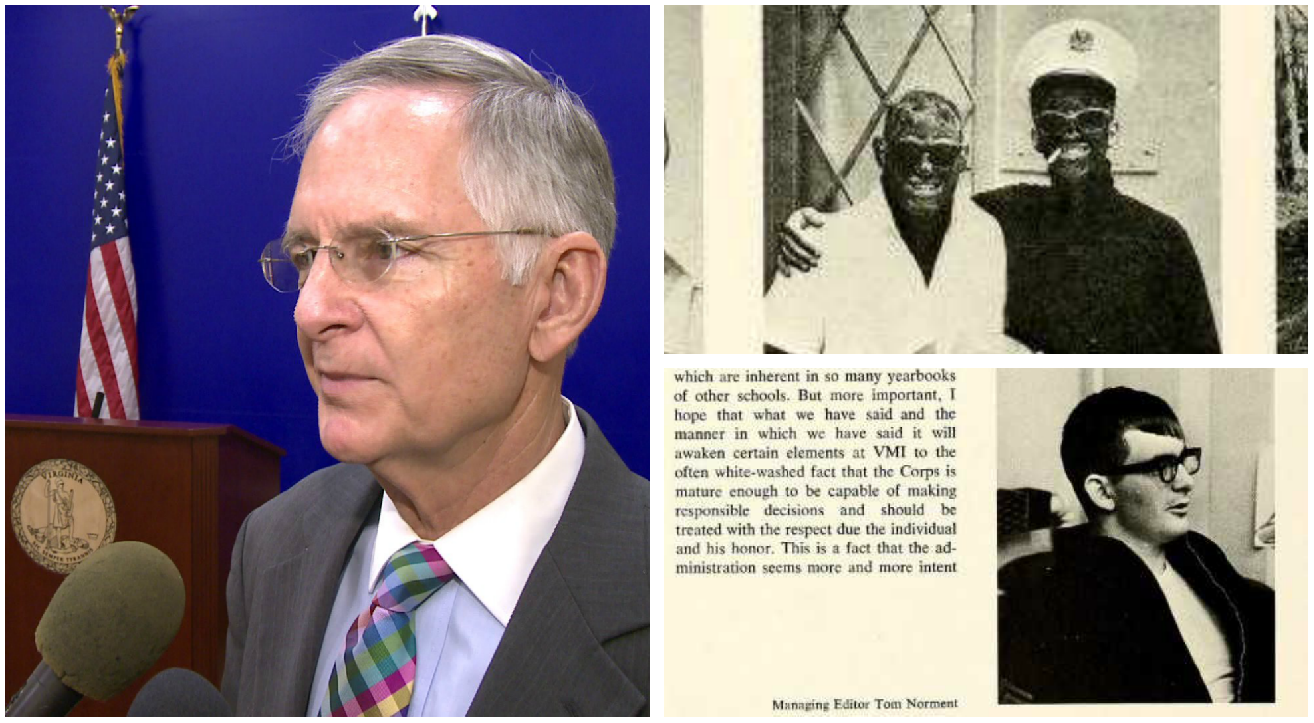 On page 94, the N-word was used. “Four years ago New Market’s revenge on VMI ambled through stoop-n**** arch in his first attempt to evade the system.”

On a page for the editors in the yearbook, Norment described his work on the publication:

"It has been the objective of this year's Bomb staff to concentrate on the VMI as it exists in actuality, not in theory. There is an ever-broadening chasm between the two positions. With the completion of this editorial and the 1960 Bomb, I regretfully leave behind the theme 'Honor above Self' and the loyalty of a few selected Brother Rats. Work on the Bomb has permitted me to release four years of inhibitions."

This discovery comes as Gov. Ralph Northam and Attorney General Mark Herring are going through blackface scandals of their own.

CBS 6 caught up with Norment outside the State Capitol late Thursday afternoon.

In a statement, he continued and condemned the use of blackface.

“The use of blackface is abhorrent in our society and I emphatically condemn it. As one of seven working on a 359-page yearbook, I cannot endorse or associate myself with every photo, entry, or word on each page,” he said. “However, I am not in any of the photos referenced on pages 82 or 122, nor did I take any of the photos in question.”

“With 114 editions of The Bomb available online dating back to 1885, I am not surprised that those wanting to engulf Republican leaders in the current situations involving the Governor, Lt. Governor, and Attorney General would highlight the yearbook from my graduation a half century ago.

“As my comment on Page 236 notes, I supported the integration of VMI. And in 1997, I led the effort to have my alma mater include women for the first time.

“Despite all of the distractions from the continuing controversies involving our statewide elected officials, I am intent on fulfilling the work of the people of Virginia by passing a fiscally responsible budget that provides tax relief for working families,” said Norment.

Norment, who has served in the Virginia Senate since 1992, represents District 3 which includes parts of Gloucester, Poquoson, Isle of Wight, James City County, Surry, York, Hampton, and Suffolk.

CBS 6 reached out to VMI for a comment. They said they have no comment at this time.