Venezuela blocks border bridge where aid is set to arrive 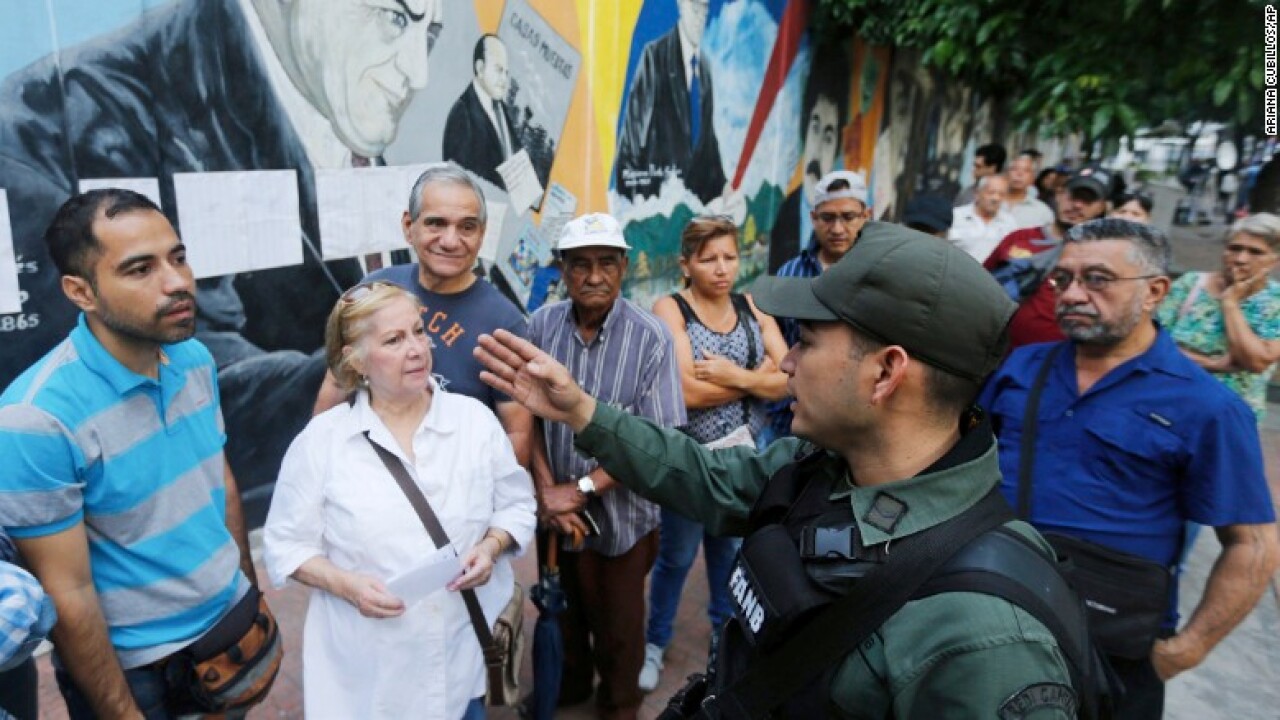 The Venezuelan government, led by embattled President Nicolas Maduro, has blocked a bridge connecting Venezuela to Colombia, according to Colombian officials and a CNN photojournalist at the scene. The move effectively blocks the passage of humanitarian aid called for by Venezuela’s opposition, should it be delivered via this route.

Maduro has rejected the international aid, saying, “We are not beggars.”

Juan Caicedo, a spokesperson from Migration Colombia, Colombia’s Ministry of Immigration and Immigration Control, said the Venezuelan military put the blockade into place on Tuesday afternoon, adding that there are cameras monitoring activity on the bridge.

It’s possible the Venezuelan government fears aid crossing the border could be used as cover for an invasion to depose Maduro.

Maduro has faced intense pressure since Guaido declared himself acting president on January 23, invoking a constitutional rule to open a rare challenge to Maduro’s presidency.

Guaido, a previously largely unknown opposition leader, has been recognized by Australia, Canada, a group of major European nations, a number of Latin American countries and the United States, which have upped sanctions on the country.

Venezuela’s Foreign Ministry has denounced any international support for Guaido, suggesting that European governments were acting as part of a US-led effort to topple Maduro, who has showed no signs of relinquishing power.

On Monday, Canada hosted a meeting of the Lima Group regional bloc to discuss how the international community can further aid the people of Venezuela, including through immediate humanitarian assistance.

Guaido called the situation “an emergency … a crisis,” on Monday and said humanitarian aid will begin to flow into Venezuela in the coming days, defying Maduro’s repeated refusal of assistance in the face of food and medicine shortages. He outlined the move as part of a plan to push the military into cooperating with the opposition.

On Wednesday, Guaido once again called on the conscience of Venezuela’s military — which has so far been loyal to the government — to permit aid into the country from neighboring Colombia, which is run by a right-wing government critical of Maduro.

“Brother, let the aid in. Do not stop it,” he said, appealing to members of the country’s armed forces while speaking at a meeting with farmers in Caracas.

“The end of the usurpation will be the end of hunger,” he said, and called on Venezuelans to reject the Maduro government.