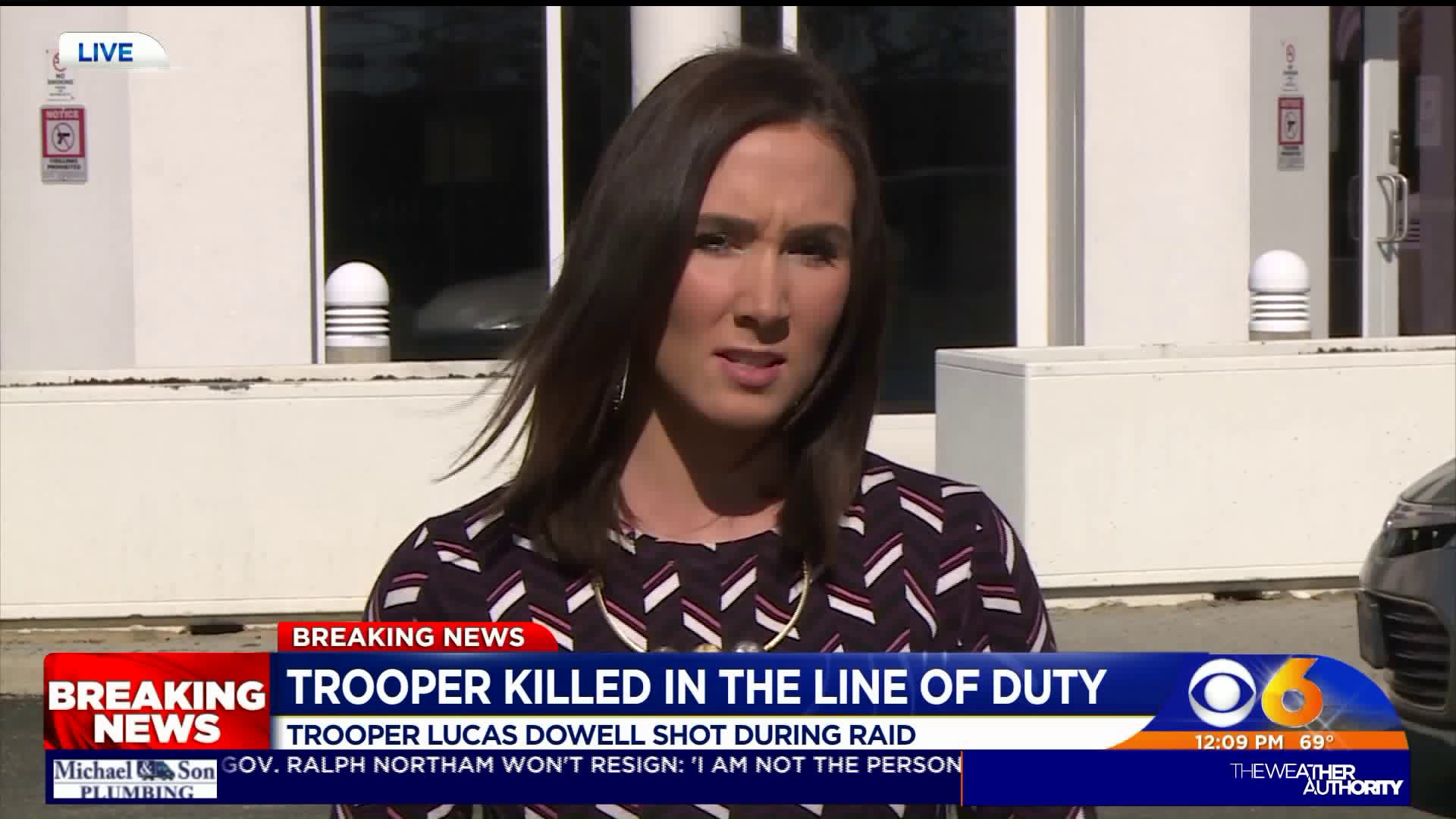 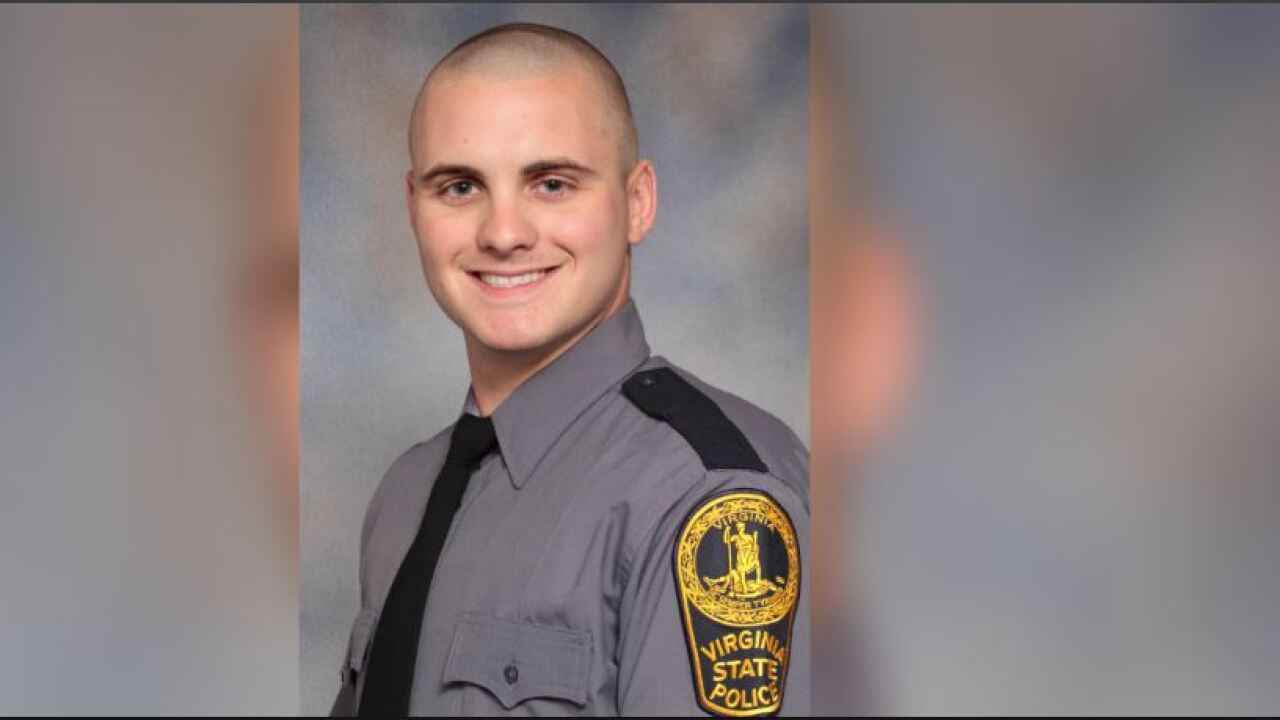 CUMBERLAND COUNTY, Va. - Virginia State Trooper Lucas B. Dowell was killed when someone inside a home fired a weapon at police executing a search warrant during a drug investigation. The person who killed Trooper Dowell, identified by police as Corey Johnson, 44, of Cumberland County, was shot and killed by police.

Dowell was killed while helping the Piedmont Regional Drug and Gang Task Force search a home on Cumberland Road, near Farmville, Monday night, according to police.

Johnson was home alone at the time, police said.

The troopers who shot Johnson were placed on administrative leave, per Virginia State Police policy, during the investigation.

Trooper Dowell was taken to Southside Community Hospital in Farmville where he died.

A Virginia State Trooper since 2014, Trooper Dowell is survived by his parents and a sister.

"This is an extremely difficult day for the State Police," Colonel Gary T. Settle, Virginia State Police Superintendent, said. "We are humbled by Lucas’ selfless sacrifice and grateful for his dedicated service to the Commonwealth. He will forever be remembered by his State Police Family for his great strength of character, tenacity, valor, loyalty and sense of humor."

Neighbors along Cumberland Road said they were shocked to hear the news.

Amber Carter said she woke up to the news Tuesday morning.

"I'm shocked. I'm heartbroken," said Carter. "It's just a life lost -- especially at his age, you know? I can only imagine what his family is going through."

Patsy Weaver also lives just a few houses down. She believes she heard the shots.

"I heard it. It sounded like a pop so I jumped up, came to the door, went to the other door, opened it. Looked down the road to see the rescue cars had gone by and police cars, and there was a big transfer truck in the middle of the road," said Weaver. "It's just unreal."

Weaver said in her 17 years living in Farmville, she's never experienced something like this. She also had a message for the family.

"I would thank them for his service, and just tell them how sorry I am. And offer my prayers and comfort," Weaver said. " And for the suspect too. It could be someone I know."

BREAKING: A @VSPPIO trooper is dead after being shot in the line of duty. Virginia State Police just released his name: Lucas B. Dowell. Active scene/ road blocked on route 45 just outside of Farmville as police continue to investigate. @CBS6 pic.twitter.com/yqFtoIhbON