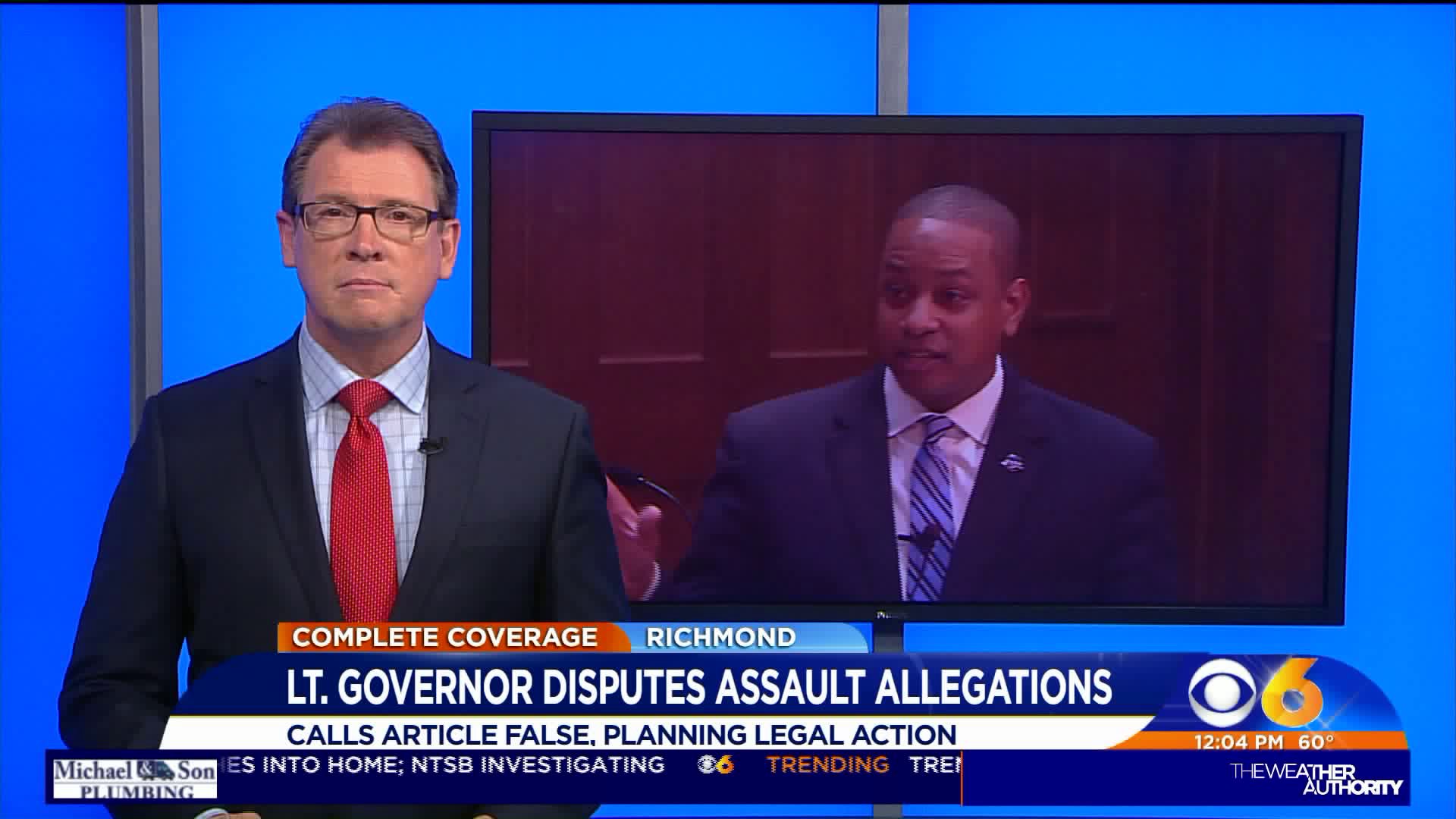 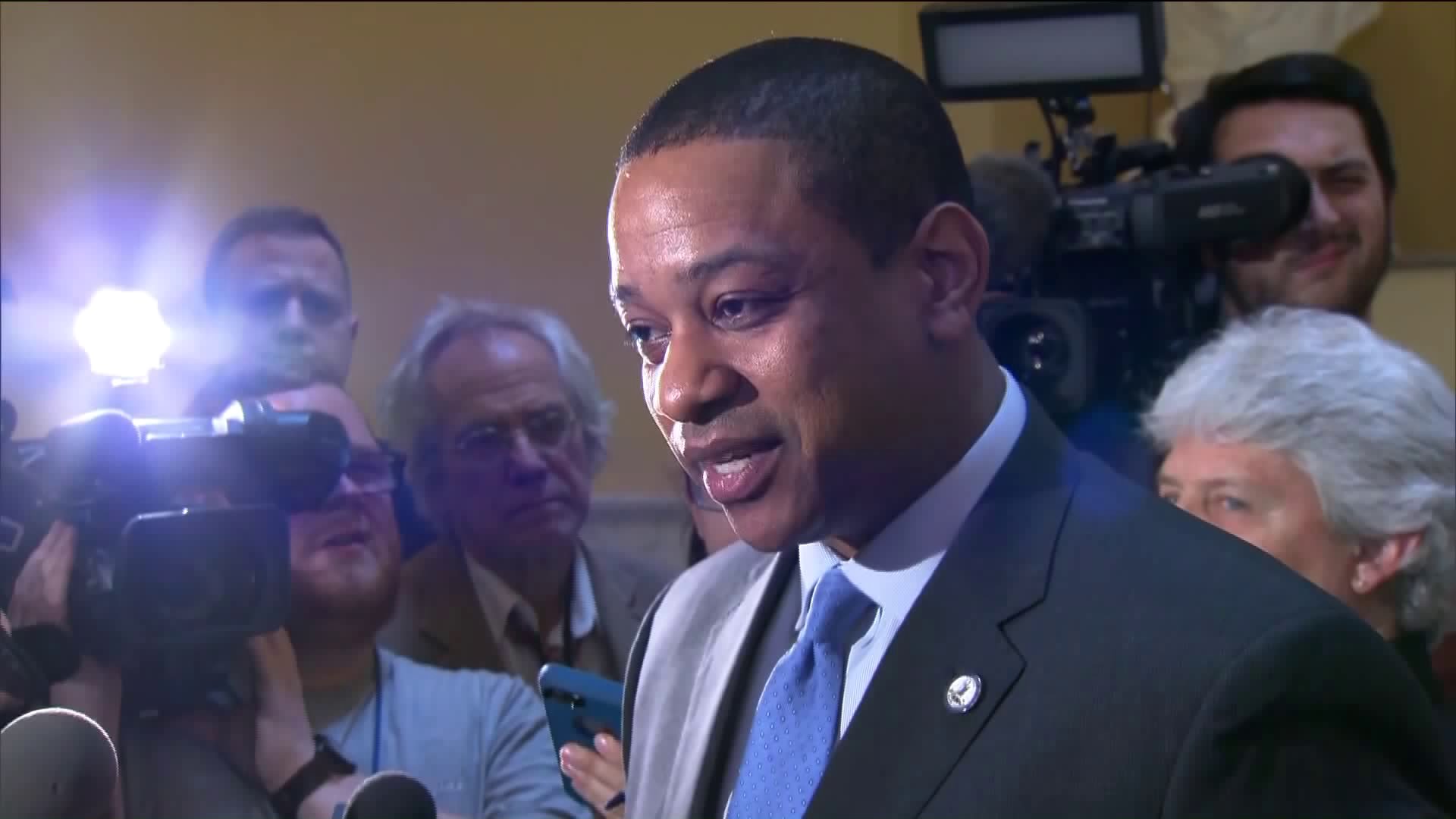 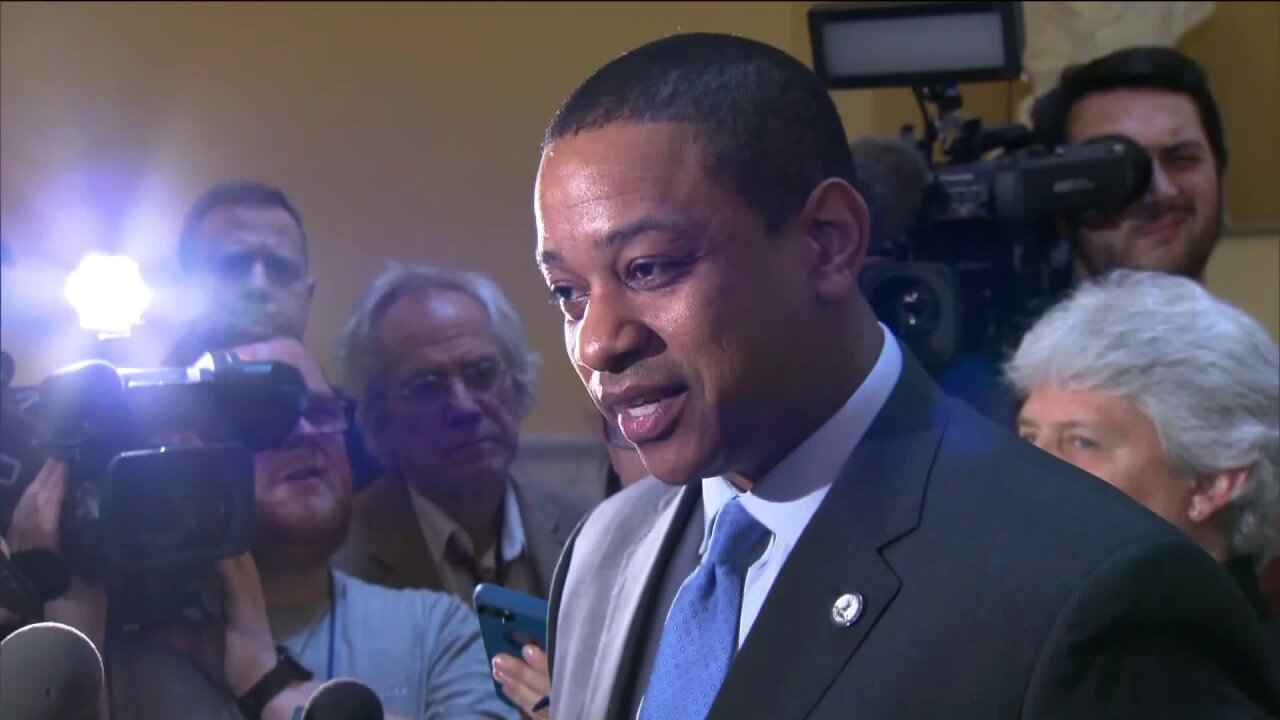 RICHMOND, Va. -- Virginia Lt. Governor Justin Fairfax has "never assaulted anyone -- ever -- in any way, shape, or form," his Chief of Staff and Communications Director wrote in a statement issued at about 3 a.m. Monday.

The statement was issued following the publication of a woman’s Facebook post about a sexual assault 15 years ago.

Bigleaguepolitics.com, the same website that broke the story about a racist photo appearing on Virginia Governor Ralph Northan's medical school yearbook page, also published the story about the claim.

"[The] online publication released a false and unsubstantiated allegation against Lt. Governor Justin Fairfax," the statement released by Fairfax's team read. "Lt. Governor Fairfax has an outstanding and well-earned reputation for treating people with dignity and respect."

The claim leveled against Fairfax  -- who was not mentioned by name -- came in the form of a Facebook post written by the accuser and shared, with her permission, by a woman in Richmond. CBS 6 News has not yet independently confirmed the accuser wanted her story shared with the public. Some details included in her Facebook post will be added to this story once that confirmation is obtained.

The Lt. Governor's team indicated this was not the first time the woman has spoken about the alleged assault.

"The person reported to be making this false allegation first approached the Washington Post - one of the nation's most prominent newspapers — more than a year ago, around the time of the Lieutenant Governor's historic inauguration," the statement continued. "The Post carefully investigated the claim for several months. After being presented with facts consistent with the Lt. Governor's denial of the allegation, the absence of any evidence corroborating the allegation, and significant red flags and inconsistencies within the allegation, the Post made the considered decision not to publish the story."

The most recent Facebook post on the topic came as it appeared Fairfax might become Governor of Virginia as the racist yearbook photo scandal swirled around Governor Northam.

Northam indicated over the weekend he did not plan to resign from office.

Fairfax was one of the few Virginia politicians who did not call for Northam's outright resignation.

"At this critical and defining moment in the history of Virginia and this nation, we need leaders with the ability to unite and help us rise to the better angels of our nature," Fairfax said in a statement which also condemned the yearbook photo.

Fairfax's team called the publication of the woman's claim a political hit.

"Only now, at a time of intense media attention surrounding Virginia politics, has this false claim been raised again," their statement continued. "This is part of the sad and dark politics that the Lt. Governor has dedicated himself to helping Virginia and the nation rise above. The Lt. Governor will take appropriate legal action against those attempting to spread this defamatory and false allegation."