Hillary Clinton on Ralph Northam: ‘There is nothing to debate’ 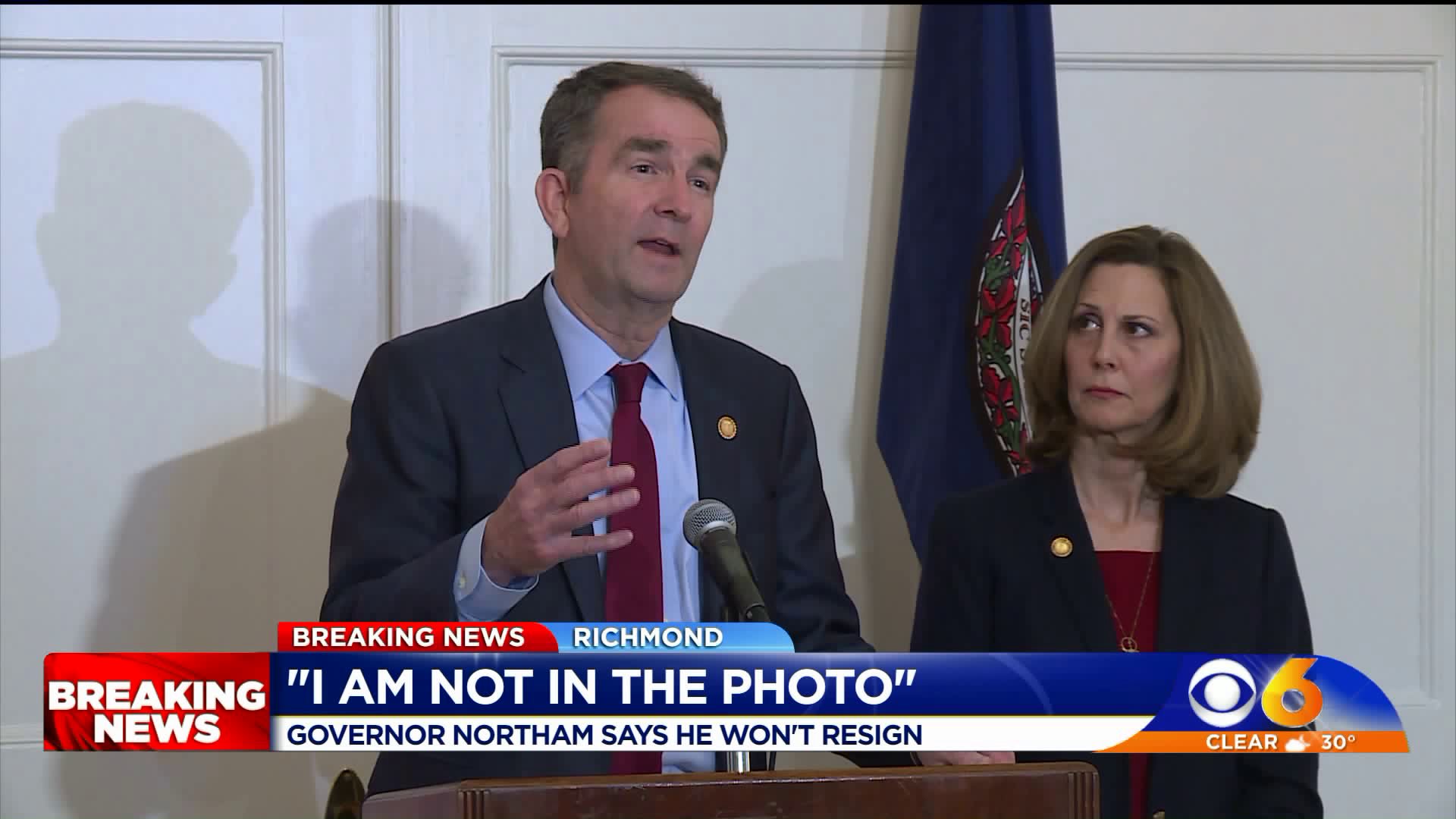 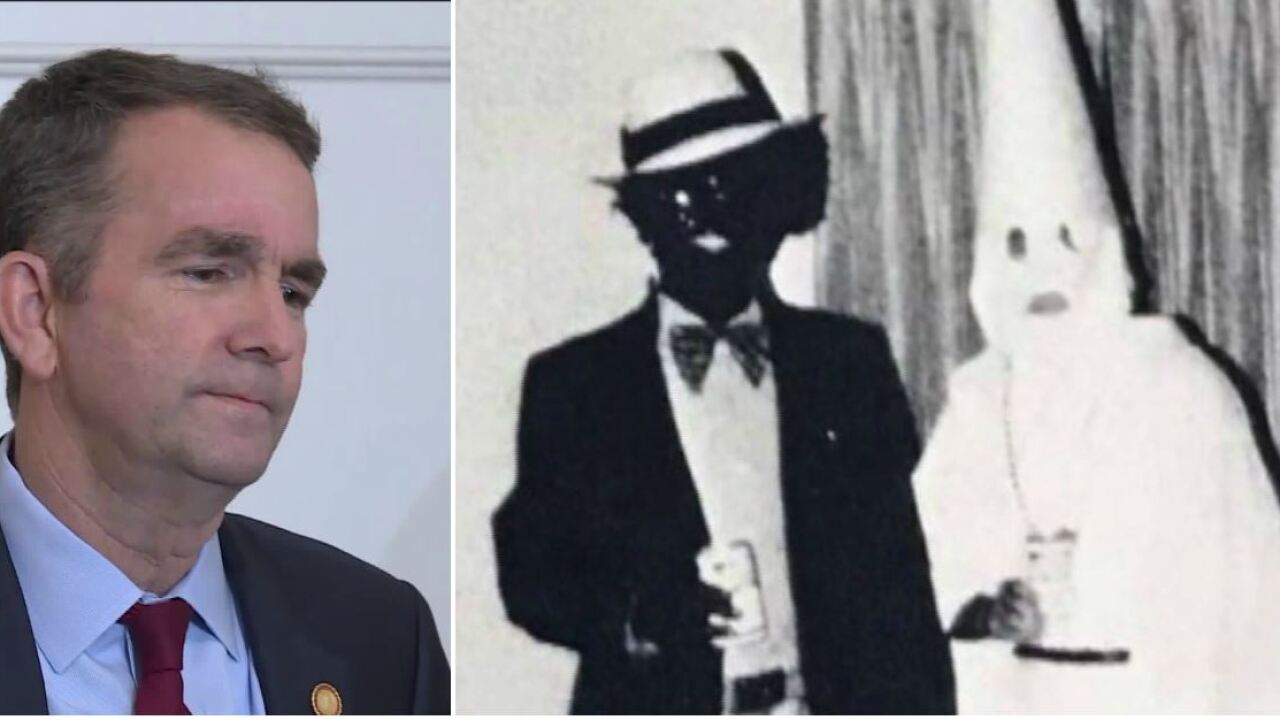 During a press conference, the governor denied his involvement in the image but admitted later to participating in a Michael Jackson dance contest where he wore blackface.

Many prominent politicians have called for his resignation. Here's a look at who:

Former Virginia Gov. Douglas Wilder, who is one of two African-Americans ever elected governor in US history, tweeted on Saturday calling for Northam's resignation.

"I stated, earlier, that Gov. Northam's continuing in office was his choice to make. It is difficult for anyone who watched the press conference today to conclude that he has any other choice ... but to resign," he wrote.

"After we watched his press conference today, we called Governor Northam to tell him that we no longer believe he can effectively serve as Governor of Virginia and that he must resign," the statement read.

It continued: "Governor Northam has served the people of the Commonwealth faithfully for many years, but the events of the past 24 hours have inflicted immense pain and irrevocably broken the trust Virginians must have in their leaders. He should step down and allow the Commonwealth to begin healing."

The Democratic Party of Virginia also called for Northam's resignation in a statement.

"We stand with Democrats across Virginia and the country calling him to immediately resign. He no longer has our confidence or our support," Democratic Party of Virginia Chair Susan Swecker said in the statement.

The Virginia Legislative Black Caucus wrote in a statement that they were amplifying their call for the governor to resign.

"Another moment should not pass before we hear Governor Northam do the honorable thing and resign," the statement said

Various Democratic presidential candidates also weighed in, including California Sen. Kamala Harris, who wrote on Twitter on Friday: "Leaders are called to a higher standard, and the stain of racism should have no place in the halls of government. The Governor of Virginia should step aside so the public can heal and move forward together."

"It doesn't matter if he is a Republican or a Democrat. This behavior was racist and unconscionable. Governor Northam should resign," former Housing and Urban Development Secretary Julián Castro and Democratic presidential hopeful wrote on Twitter.

Massachusetts Sen. Elizabeth Warren said "Hatred and discrimination have no place in our country and must not be tolerated, especially from our leaders -- Republican or Democrat," in a tweet, adding that he "must resign."

"Ralph Northam should resign," said presidential candidate and South Bend, Indiana, Mayor Pete Buttigieg in a statement to CNN. "I have high regard for Lieutenant Governor Fairfax, and he will serve Virginia well."

"There aren't two sets of rules for our friends and our foes: Right is right and wrong is wrong. Americans deserve to be respected by their leaders, and racism cannot be excused in our government or anywhere else. Having seen the photo, I believe Governor Northam should resign," Gillibrand said on Twitter.

Booker wrote on Twitter, "These images arouse centuries of anger, anguish, and racist violence and they've eroded all confidence in Gov. Northam's ability to lead. We should expect more from our elected officials. He should resign."

Eric Swalwell, a California congressman who is considering a run, joined with those calling for Northam's ouster.

"No, you can't wear a black face or a white hood and lead a state. Not now and not ever," he tweeted. "But we are merciful people. Governor Northam should step down, seek forgiveness, and through good deeds earn the respect of the African-American Community."

"We all know that no single person is irreplaceable, and the Governor needs to search deeply to determine whether he can both continue to lead and obtain the forgiveness of those who he has hurt. I suspect the answers to these questions is 'no' - which is why I would counsel him to resign," presidential candidate John Delaney said.

Rep. Tulsi Gabbard of Hawaii said if Northam, "cannot win back the trust of his constituents, he must resign."

House Speaker Nancy Pelosi appeared to support calls for Northam's resignation without explicitly calling on him to do so, saying on Twitter that she was joining her colleagues in Virginia "calling on Governor Northam to do the right thing so that the people of the Commonwealth of Virginia can heal and move forward."

"Northam must resign, and those who try to help him stumble past this deserve scrutiny," New York Rep. Alexandria Ocasio-Cortez wrote on Twitter. "If you can't understand how painful + eroding this is to American society, let alone the state of Virginia, take some time to read up this weekend."

And late Saturday night, 2016 Democratic nominee for president and former secretary of state Hillary Clinton tweeted that Northam must resign.

"This has gone on too long. There is nothing to debate. He must resign," she wrote.