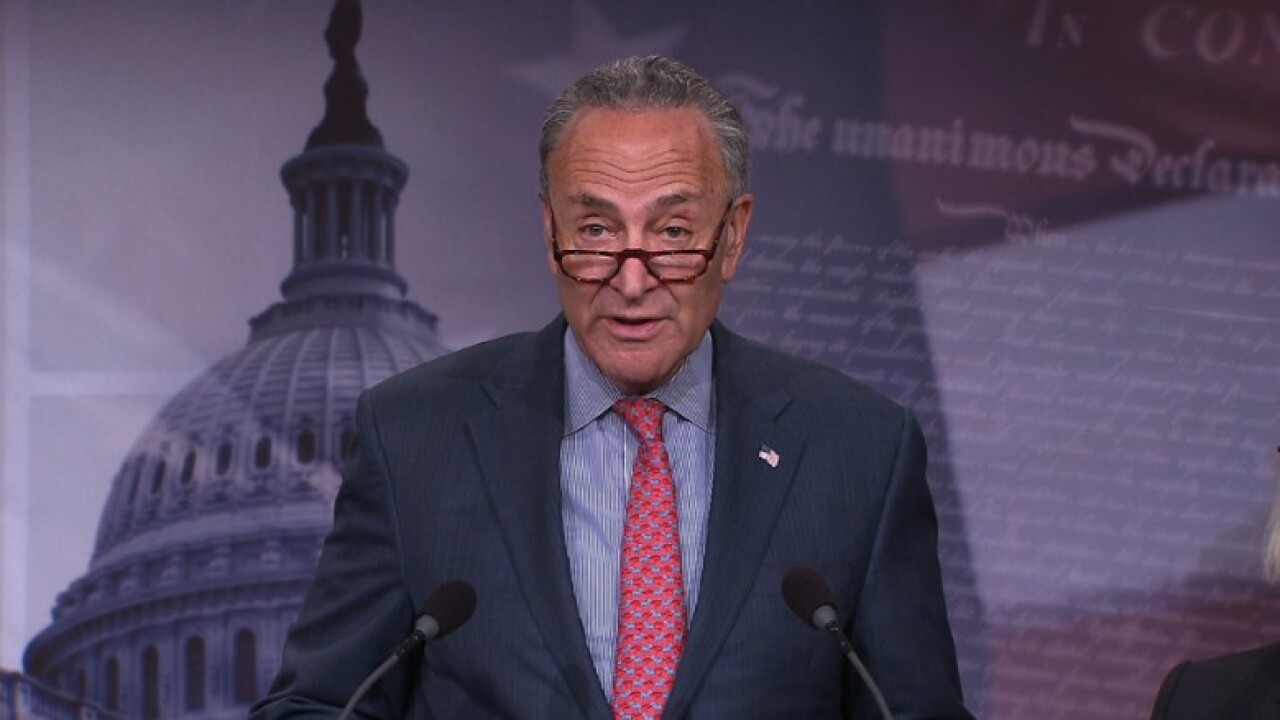 Trump, in a rebuke that was reminiscent of his past criticisms of law enforcement officials, said earlier Wednesday on Twitter that the intel chiefs who contradicted him at a congressional hearing on Tuesday were “extremely passive and naive” on the matter.

“The Intelligence people seem to be extremely passive and naive when it comes to the dangers of Iran. They are wrong!” Trump tweeted. “When I became President Iran was making trouble all over the Middle East, and beyond. Since ending the terrible Iran Nuclear Deal, they are MUCH different, but a source of potential danger and conflict. They are testing Rockets (last week) and more, and are coming very close to the edge. There economy is now crashing, which is the only thing holding them back. Be careful of Iran. Perhaps Intelligence should go back to school!”

Trump’s reaction “was extraordinarily inappropriate and will undermine public confidence in the US government’s efforts to protect our national security and preserve US power and influence abroad,” Schumer wrote in a letter to Director of National Intelligence Dan Coats.

The New York Democrat called for Coats, FBI Director Christopher Wray and CIA Director Gina Haspel to convincingly explain their findings to Trump in order to present a united front on intelligence matters.

Schumer urged the three officials “to insist on an immediate meeting with the President to educate him about the facts and raw intelligence underlying the Intelligence Community assessments, and to impress upon him how critically important it is for him to join you and the leadership of our intelligence community in speaking with a unified and accurate voice about national security threats.”

“He is putting you and your colleagues in an untenable position and hurting the national interest in the process,” Schumer added.

The President specifically took issue Wednesday morning with Coats’ statements that North Korea had “halted its provocative behavior related to its WMD program” but was unlikely to “completely give up its nuclear weapons and production capabilities.” Trump has previously stated that North Korea no longer poses a nuclear threat.

CNN reported Wednesday that Trump, who did not watch the full testimony, singled out Coats by name in a morning rant spurred by television reports showing his most senior national intelligence officials contradicting his stances on ISIS, North Korea and Iran.

Coats also indicated Tuesday that ISIS was returning in Iraq and Syria and that Iran was not constructing nuclear weaponry, contradicting the President’s stances that ISIS has been destroyed and that the Iran nuclear agreement had not prevented the Islamic Republic’s nuclear advances.

https://s3.amazonaws.com/cnn-newsource-image-renditions-prod/POL_SCHUMER_INTEL_TRUMP/S104698659_thumbnail.JPG
Copyright 2020 Scripps Media, Inc. All rights reserved. This material may not be published, broadcast, rewritten, or redistributed.