Another batch of arctic air is expected later in the week

RICHMOND, Va. -- After a couple of days with highs in the 60s, cold air has returned to the area.

Low temperatures around daybreak Saturday dipped into the teens and lower 20s.

Temperatures will moderate in the 50s Sunday through Tuesday.

Our only chance of precipitation for the coming week will be on Tuesday.  A cold front will bring some showers during the day, but after that front passes through, there may be a few hours of mix or light snow showers heading into Tuesday night.

Moisture will be limited, and the cold air may arrive after most of the precipitation has ended.  However, should all the ingredients come together, a light snowfall accumulation is *possible*.

At worst, the Richmond metro area may see a coating to around 1", and far northern and western Virginia could see 1-3".    And again, that is only if everything comes together.

Behind that cold front, another chunk of arctic air will be around for the middle and end of the week.  Temperatures will moderate a bit later next weekend. 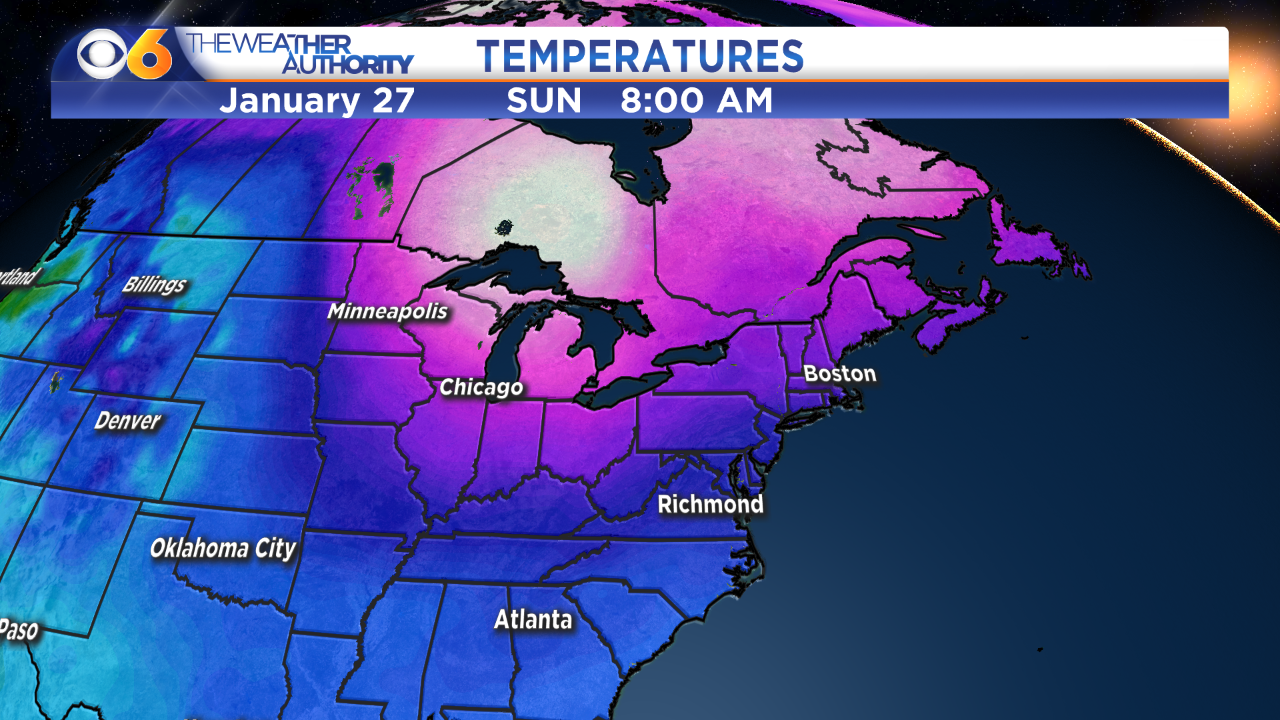