Virginia teen with autism won a lifetime supply of peanut butter. Now he’s giving it away to furloughed workers. 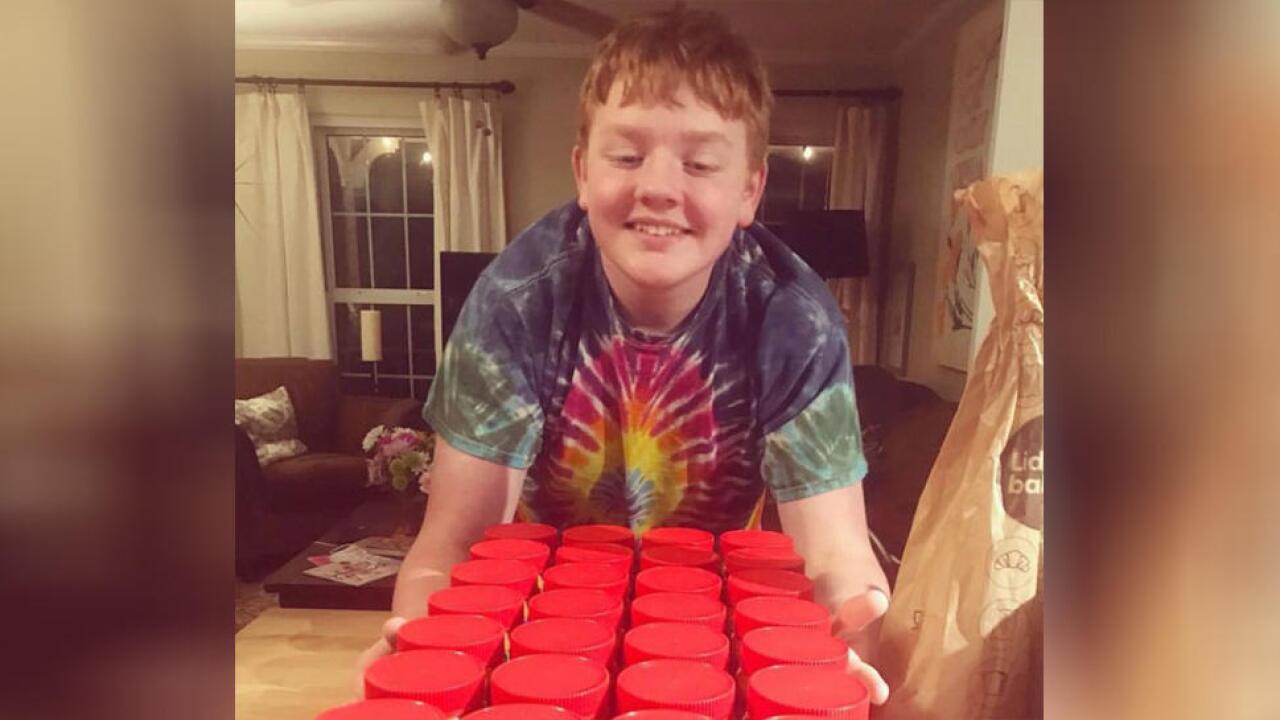 Eric “Bean” McKay is a 15-year-old boy with autism who won a lifetime supply of peanut butter. And now he’s willing to share it with furloughed federal workers.

His dad is a furloughed worker, and his mother, Tracy, told CNN that things are getting tough for the family as a result of the partial government shutdown, which is in its 34th day Friday.

“We have four teenagers, and 34 days now without his income has strained our reserves to nothing. We figured we could last a couple of weeks, and now we’re well past that,” she said

Back in October, the Virginia teen, who goes by Bean, tweeted to the Lidl grocery chain about getting to peanut butter jar No. 72 after his mom bought a big supply when it was on sale. He had numbered each one, he said.

“He’s developed coping mechanisms, and one of those is that he has carefully curated his diet to textures he can rely on. Hence, the peanut butter, English muffins three meals a day,” Tracy McKay told CNN.

The boy had five Twitter followers at the time so McKay said they didn’t expect much response.

Instead, Lidl replied by challenging him to get 72,000 retweets and it would give him a lifetime supply of peanut butter.

“He got about halfway to 72,000 on his own, and we figured that was it,” McKay said. “Then somehow, the British writer Neil Gaiman found Bean’s tweet, and he started highlighting it — he didn’t just retweet, he jumped in and talked a bit to his 2.5 million followers about Bean and about autism. That pushed him over the goal.”

Three months later, Bean has more than 77,000 retweets to his original post and a lot of peanut butter. So he decided to share the supply with furloughed workers.

“Our family has been through times of less means, and Bean remembers how the kindness of others helped us, and it was his idea that we should use some of what we have to help others,” McKay said. “For him it was a very simple and straightforward concept: We have more than we need, and other people need help. We should share.”

The family is handing out about 1,800 jars of peanut butter to furloughed workers and has already started donations.

“We are having a second event on Saturday from noon to 4 at the Lidl in Dumfries, Virginia, to give out more,” McKay said.

Any furloughed federal worker can bring an ID, and Bean will give them three jars of his peanut butter, she said.

“Things are hard right now for so very many people. This isn’t much, but it’s a spot of light. I’m proud of my kid.”